A pair of top ten results and the fifth consecutive class win in the 6-hour season highlight. 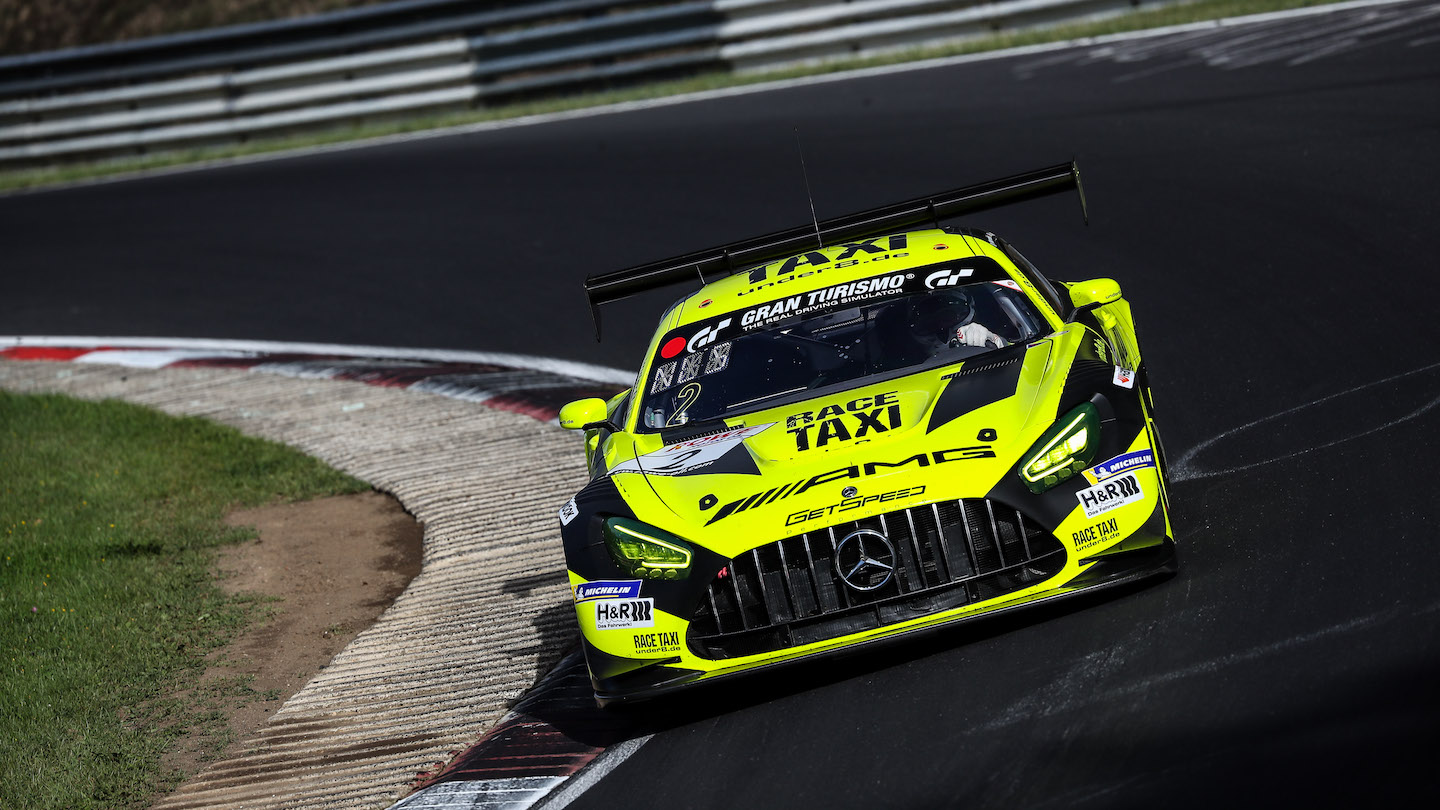 Seven Mercedes-AMG GT3s and two Mercedes-AMG GT4s took the start of the fifth round of the Nürburgring Endurance Series, also the final opportunity to rack up testing mileage at the Nürburgring-Nordschleife in preparation for the Nürburgring 24-hour race that will be held in a few weeks’ time. Mercedes-AMG Team GetSpeed could look back upon a successful dress rehearsal for the annual highlight with its #2 Mercedes-AMG GT3. With eighth place in qualifying, Maximilian Götz (GER) already put his team into a position with a good perspective, close to the top spots. After the start, the 34-year-old held on to his position and safely drove the car with starting number 2 through the dense traffic in the opening stages of the race to hand over to Maximilian Buhk (GER) after seven laps. Both the latter and Fabian Schiller (GER) as the third driver following suit were able to lay the foundation for a top ten result with consistent lap times during their respective stints. Raffaele Marciello, who rounded out the quartet as the final driver, eventually crossed the finish line in fourth place.

Meanwhile, Nico Bastian (GER), Philip Ellis (GBR), Hubert Haupt (GER) and Gabriele Piana (ITA) put in a faultless performance with the #17 Mercedes-AMG GT3. After three laps already, Mercedes-AMG Team HRT decided to head into the pits for the first time. A strategy that would pay off: as the race went on, the team avoided the partly dense traffic in the opening stages and made up one position after another, having started 16th on the grid. Eventually, the team was classified in sixth place.

The 10Q Racing Team made its GT3 debut on Saturday and relied on the successful car from Affalterbach by opting for the Mercedes-AMG GT3. The drivers of the car with starting number 40 were Sebastian Asch, Kenneth Heyer, Thomas Jäger (all GER) and Daniel Juncadella (ESP). After 40 laps, the team, that will also be running the Mercedes-AMG GT3 in the 24-hour races at the Nürburgring and in Spa this year, finished the race in 23rd place.

Bad luck for the Mercedes-AMG Team HRT (#6 and #16) at the start of the race
In qualifying on Saturday morning, the Mercedes-AMG Team HRT entry with starting number 16 presented itself in a promising form: Manuel Metzger had secured fourth place on the grid for the Mercedes-AMG GT3. Right at the start of the race, Maro Engel (GER) already made up two positions after a few corners, but bad luck struck after seven laps of the 24.358 kilometres long combination of the Nürburgring-Nordschleife and the sprint configuration of the Grand Prix circuit: while lapping another car, there was contact and the consequential damage prevented continuation of the race for the winning car from the second and third round of the season. For the sister car with starting number 6, the race ended prematurely as well. At the long straight of Döttinger Höhe, Patrick Assenheimer (GER) was pushed off the track in dense traffic on lap two and crashed into the barriers. The winner of last year’s six-hour race was able to escape unscathed and all by himself.

Repeat victory in the SP8T class
Fifth race, fifth win: in the SP8T class, there is still no way to beat the Mercedes-AMG GT4 this year. For the fifth consecutive time, BLACK FALCON Team TEXTAR secured the class win. Driven by "Max", Marco Müller, Stephan Rösler (all GER) and Tristan Viidas (EST), the car with starting number 155 finished as the best in its class. Once again, the Hangar Zero by J.v.O. Autosport also entered a Mercedes-AMG GT4. Phil Hill (GER), Célia Martin (FRA) and Kaj Schubert (DEN) ended up in third place of the SP8T class (31st place overall).

Stefan Wendl, head of Mercedes-AMG Customer Racing: “Basically, with fourth and sixth place, the final test race prior to the Nürburgring 24-hour race was a positive affair. However, it is really sad that the #6 and #16 cars already retired from the race at an early stage and were no longer able to rack up any further test mileage. The most important thing however is that Patrick Assenheimer is okay after his accident. Now, we are looking ahead and in the remaining weeks, we will do everything to be optimally prepared for the annual highlight at the Nürburgring-Nordschleife.”

Maro Engel, Mercedes-AMG Team HRT (#16): “I feel very sorry for the team and my fellow drivers because of the early retirement. Sadly, there was contact with another car while lapping and the left rear suspension broke as a consequence. That meant the race was over for us at an early stage. Sadly, that is also a part of motorsport. Now, I hope even more that we have some more luck on our side for the Nürburgring 24-hour race in a few weeks.”

Patrick Assenheimer, Mercedes-AMG Team HRT AutoArenA (#6): “The opening stages on the first two laps were really hard-fought. Sadly, there was contact at high speed on the Döttinger Höhe that sent me off the track. However, nothing has happened to me, I am doing well.”

Raffaele Marciello, Mercedes-AMG Team GetSpeed (#2): “It was a demanding race for us. We still have some room for improvement and we can still improve the car. However, we can absolutely live with the result today in preparation for the Nürburgring 24-hour race and we are already looking forward to returning to the Nürburgring for the highlight of the year.”

Nico Bastian, Mercedes-AMG Team HRT (#17): “I was able to make up a few places on the opening lap already. Then, we decided to come into the pits for the first time at an early stage in the race to avoid the dense traffic at the beginning. Afterwards, we were able to rack up some miles in the lead of the field. Eventually, we ended up in sixth place, we can be happy with that today.” 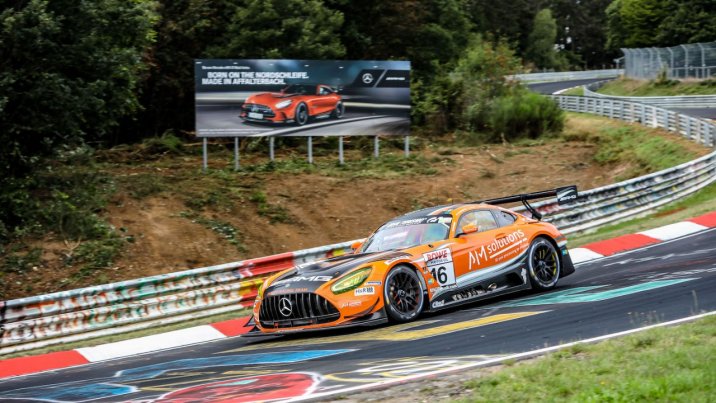 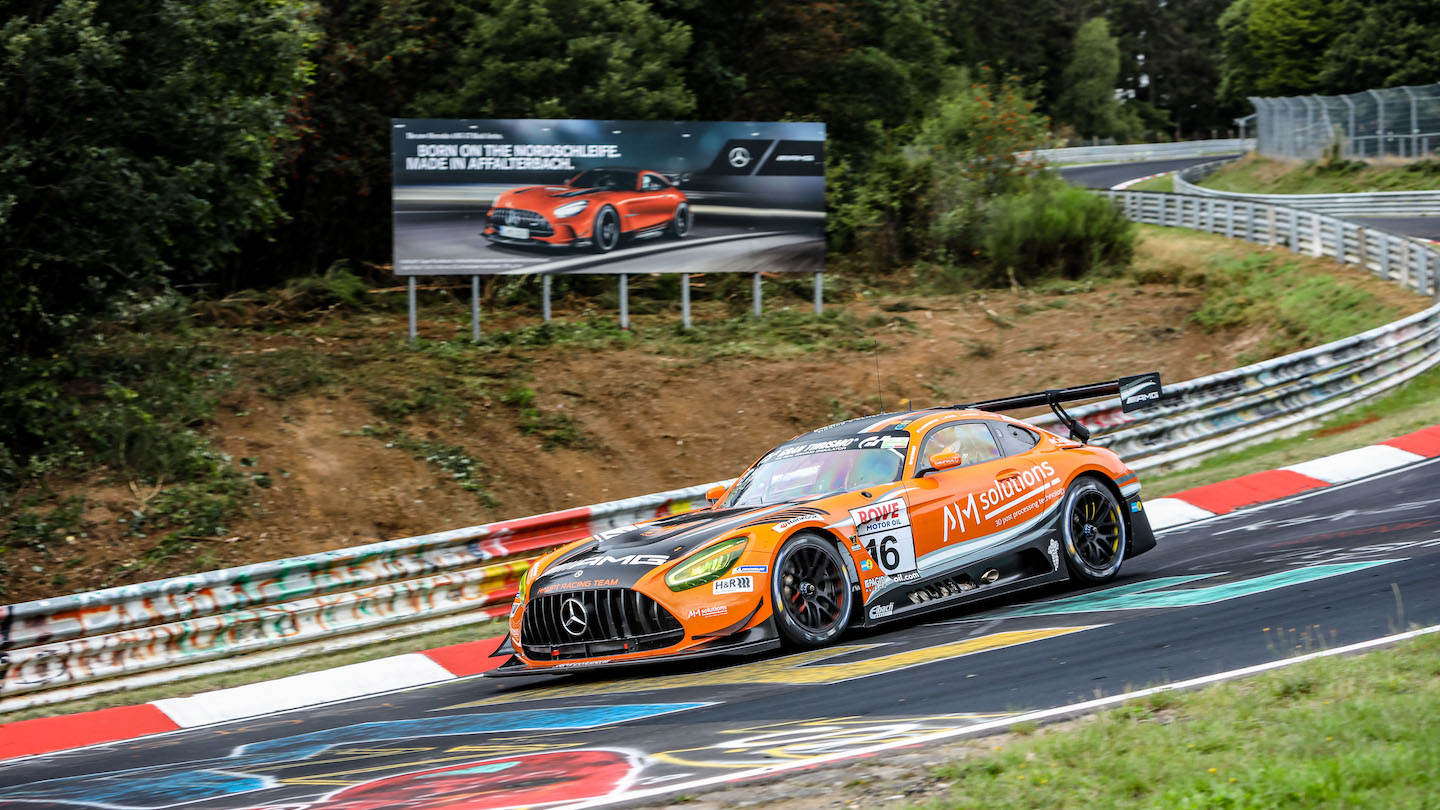 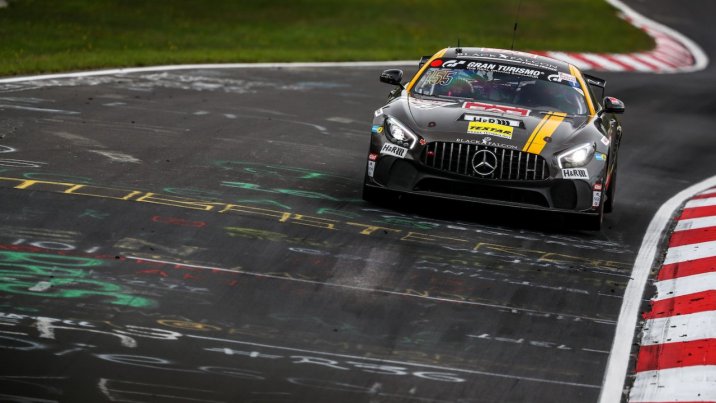 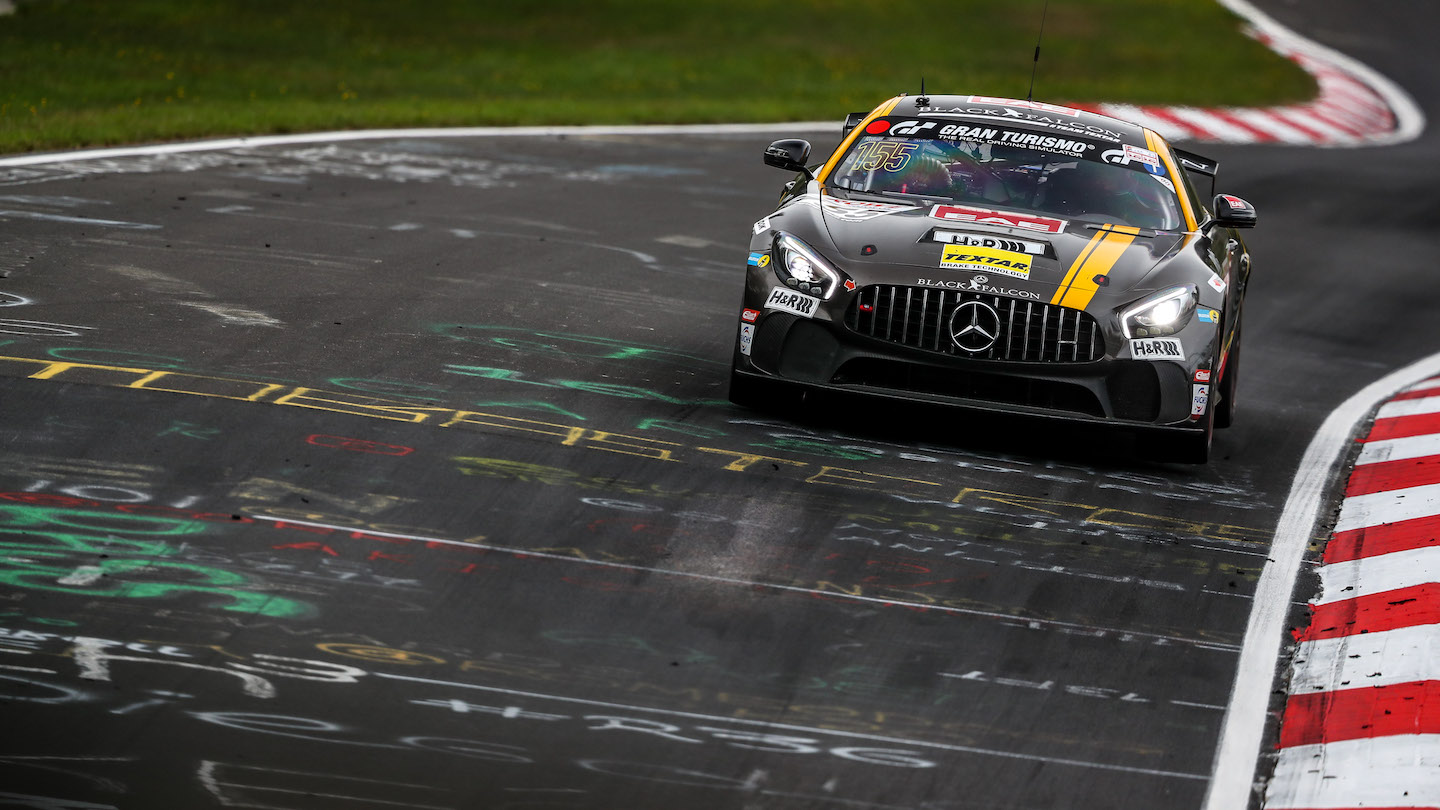 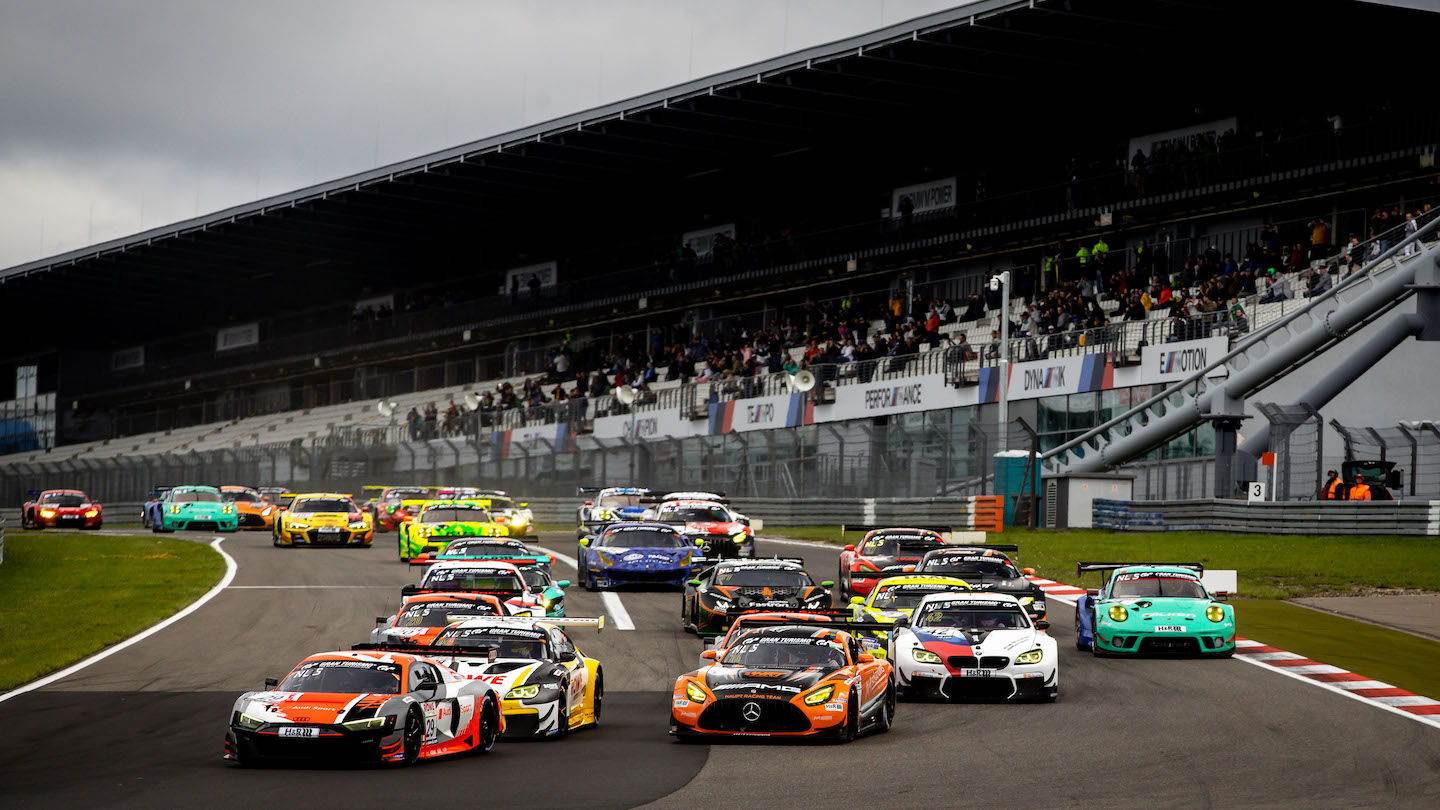 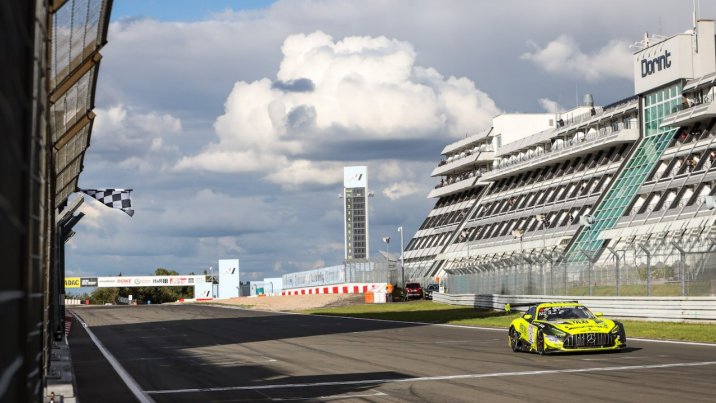 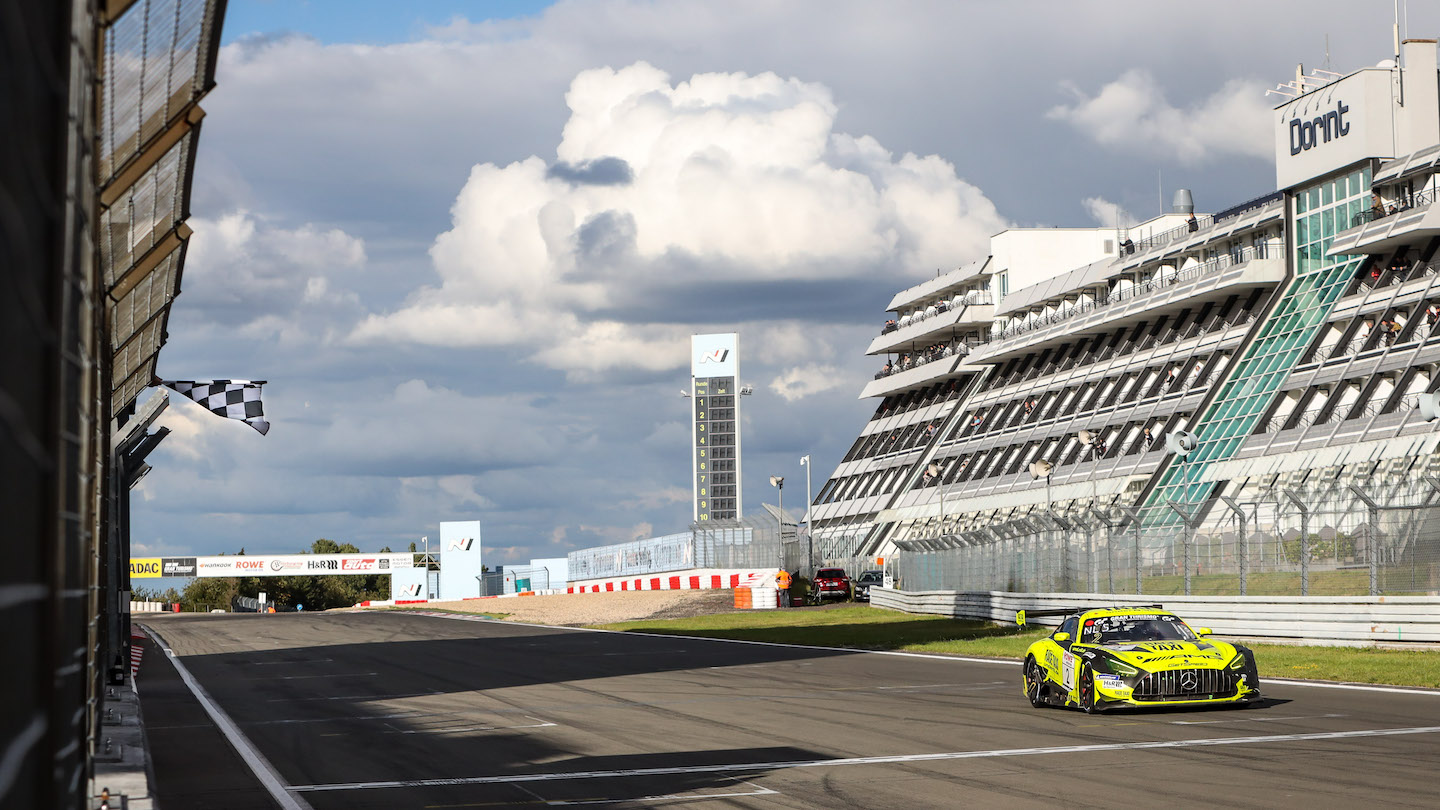 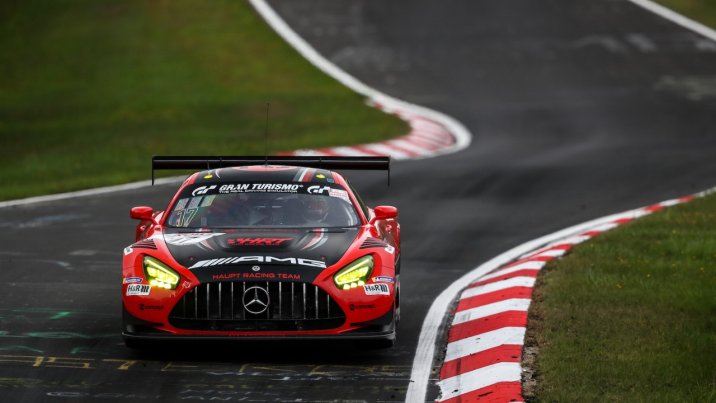 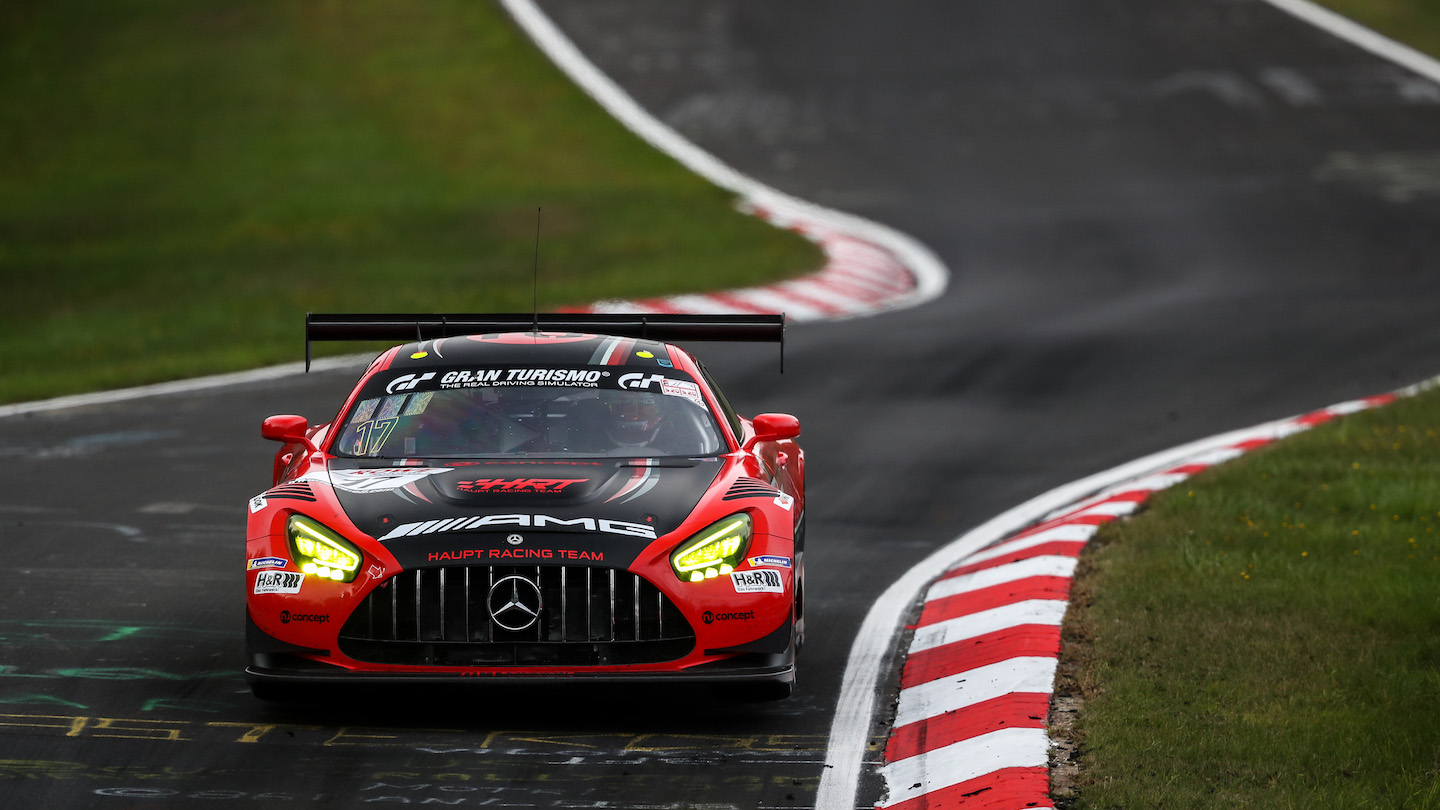 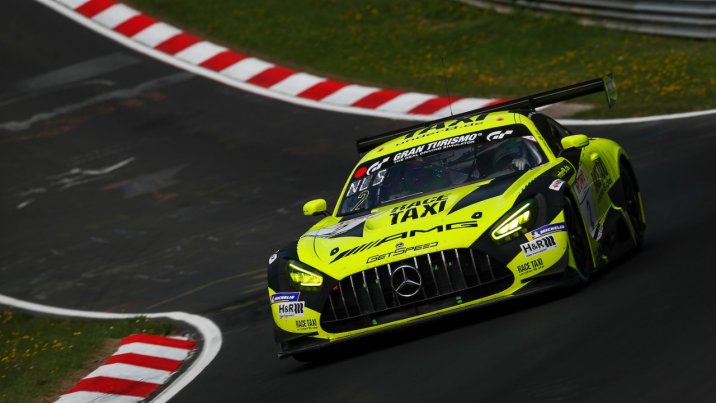 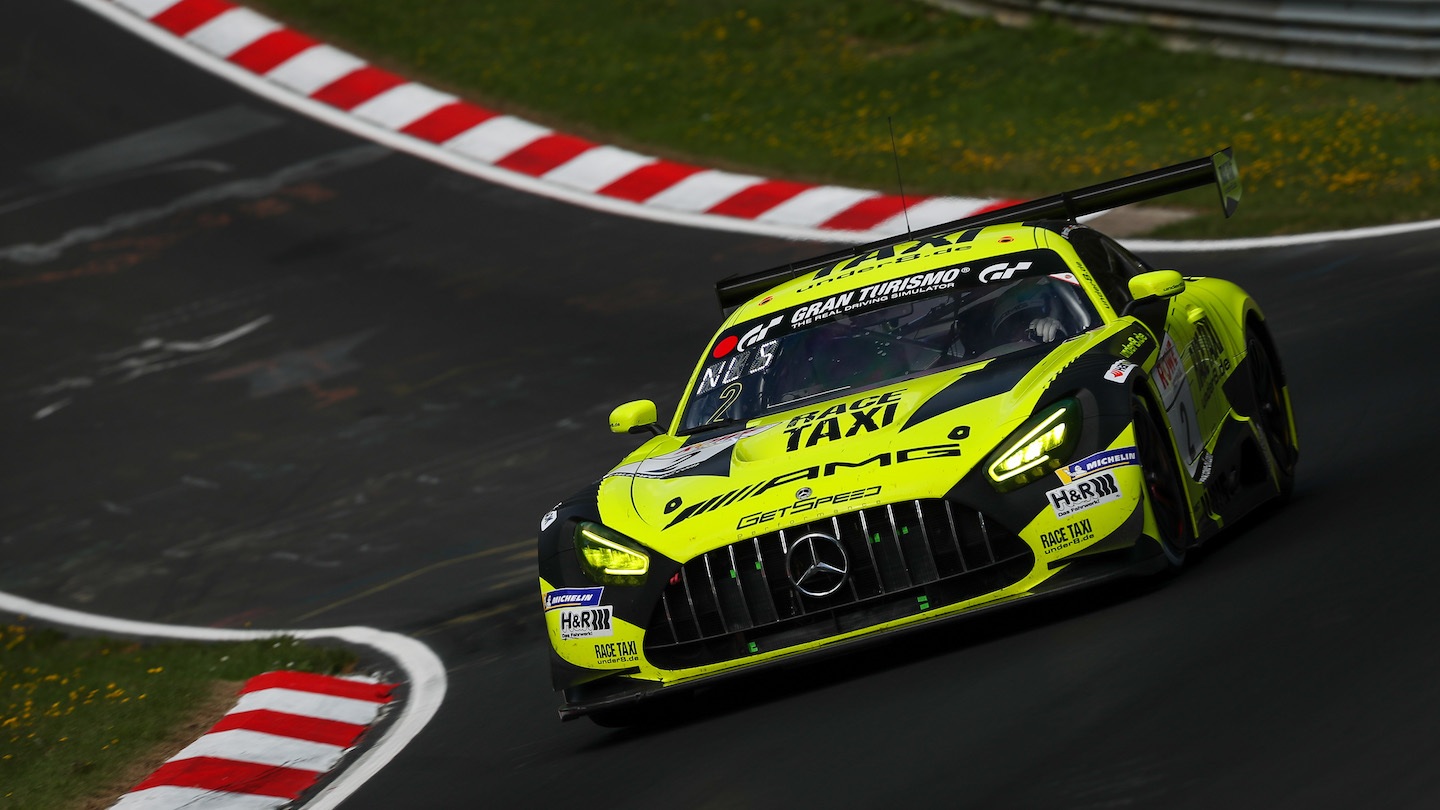