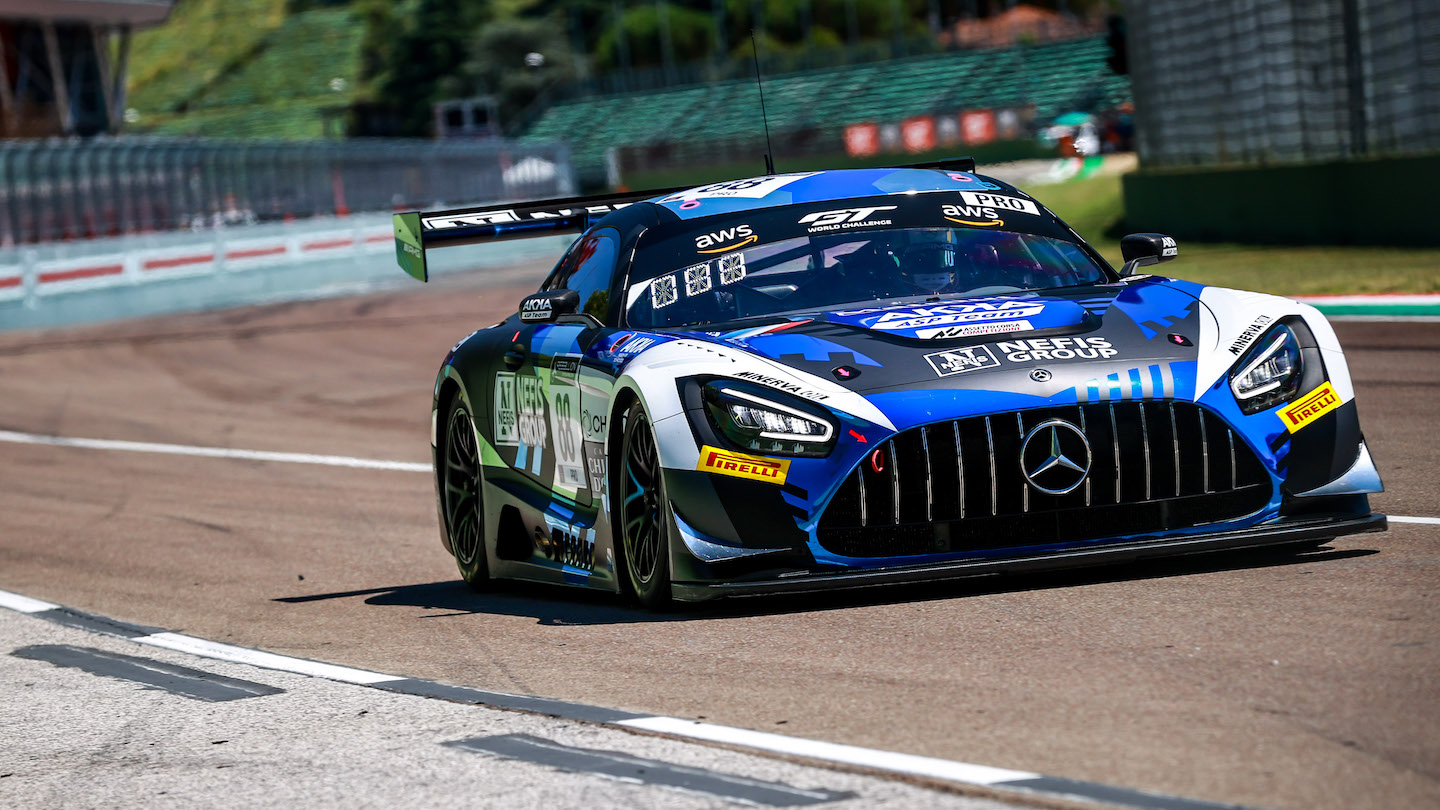 An action-packed season opener of the GT World Challenge Europe powered by AWS results into a podium finish for Mercedes-AMG Motorsport. The AKKA ASP Team entry with starting number 88, driven by Timur Boguslavskiy, Felipe Fraga and Raffaele Marciello, finished third in the overall classification. Various safety car interventions marked the three-hour race in which the Customer Racing Teams with the Mercedes-AMG GT3 didn’t quite have luck on their side.

At the Autodromo Enzo e Dino Ferrari di Imola, the GT World Challenge Europe got its 2020 motorsport season underway with the first race of the Endurance Cup. In the high-quality field, a total of nine Mercedes-AMG GT3s faced the competition, among them the entries with starting numbers 4 and 88 of Mercedes-AMG Team HRT as well as AKKA ASP Team that ran with extended support from Affalterbach.

An exciting qualifying at the 4.9 kilometres long track saw the #88 Mercedes-AMG GT3 driven by Timur Boguslavskiy, Felipe Fraga and Raffaele Marciello claim a position on the second row of the grid with third place on Saturday. With the #4 HRT car, Vincent Abril, Maro Engel and Luca Stolz ended up in sixth place in qualifying.

An action-packed opening stage made its mark on the three-hour race on Sunday. The safety car was deployed three times in the first hour. Raffaele Marciello, the starting driver in the #88 Mercedes-AMG GT3, kept a clear view in his home race and made up one position prior to the first driver change. In dense traffic in the pit lane, the change to Boguslavskiy was completed without any incidents, allowing the second driver in the order to continue the race while on course for a podium finish and eventually handed the Mercedes-AMG GT3 to final driver Felipe Fraga running in third place. The latter then was still in contention for second place in the thrilling final segment at the demanding track. Eventually, he crossed the finish line in third place.

Driving the Mercedes-AMG Team HRT’s entry with starting number 4, meanwhile, Maro Engel had bad luck. In the turmoil after the start, he lost some ground and dropped a few positions. A drive-through penalty made the team drop back even further, but battled its way back up through the packed field into the 20 best-placed cars of the total of 46 entrants. After 86 laps, the #4 Mercedes-AMG GT3 concluded the race in 16th place.

Courtesy of Madpanda Motorsport with Patrick Assenheimer, Jorge Cabezas Catalán and Ezequiel Perez Companc behind the wheel of the #90 Mercedes-AMG GT3, sixth place in the Silver Cup could be added to the results.

Customer Racing Teams without luck in season opener
With the number 100 GetSpeed Performance entry, Maximilian Buhk, Alessio Lorandi and Fabian Schiller continuously worked their way up from the very beginning. Having started 21st on the grid, the yellow-and-black Mercedes-AMG GT3 made up one position after another. While running in sixth place with 50 minutes remaining, final driver Schiller was unable to keep the car on track after contact with an opponent. The team ended up in 39th place. The Mercedes-AMG GT3s of Customer Racing Teams AKKA ASP Team (#87), Haupt Racing Team (#5), Ram Racing (#74) and SPS automotive performance (#44) weren’t particularly lucky in the season opener of the world’s largest GT series either and all had to retire prematurely.

Stefan Wendl, head of Mercedes-AMG Customer Racing: “It was a race with highs and lows. Third place by AKKA ASP Team is a good start of the GT World Challenge Europe that shines with its high level. Unfortunately, our Customer Racing Teams simply didn’t have any racing luck today. However, that is a part of motorsport, too. The season only has just begun and therefore, there are still many chances to score good results.”

Raffaele Marciello, Mercedes-AMG Team AKKA ASP Team (#88): “For us, this was a good start into the 2020 GT World Challenge Europe. Unfortunately, I was unable to make any more progress I the dense traffic at the start of my stint. Otherwise, we perhaps could have achieved a little more with the performance we had today.”

Felipe Fraga, Mercedes-AMG Team AKKA ASP Team (#88): “After a long time, we were sharing driving duties in the car again. I am very happy to be back at the race track. The car worked very well, but due to the many safety car interventions, we couldn’t achieve anything more. We ca be happy with third place, it is a good team result.”

Maro Engel, Mercedes-AMG Team HRT (#4): “I made a good start, but after only a few moments, I found myself off-track in the turmoil. Sadly, a drive-through penalty came on top of that. I feel sorry for the team that had given its all. Today wasn’t our day, but now, it is all about taking on the next duties while remaining fully concentrated.”

Maximilian Buhk, GetSpeed Performance (#100): “A top ten result would have been a good result after starting from 21st on the grid. In the race, we made good progress, we performed without any mistakes both on track and in the pits. Therefore, we can be happy with our performance as a team. When we analyse and implement everything correctly, we will be contenders in this very well-balanced field of competitors as well.”

* Excerpt subject to confirmation by the organisers 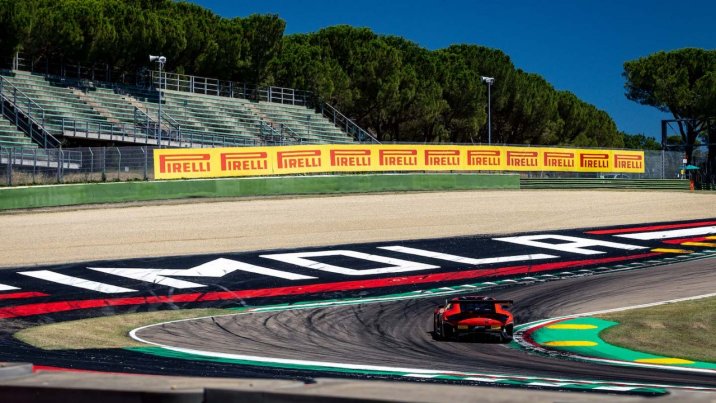 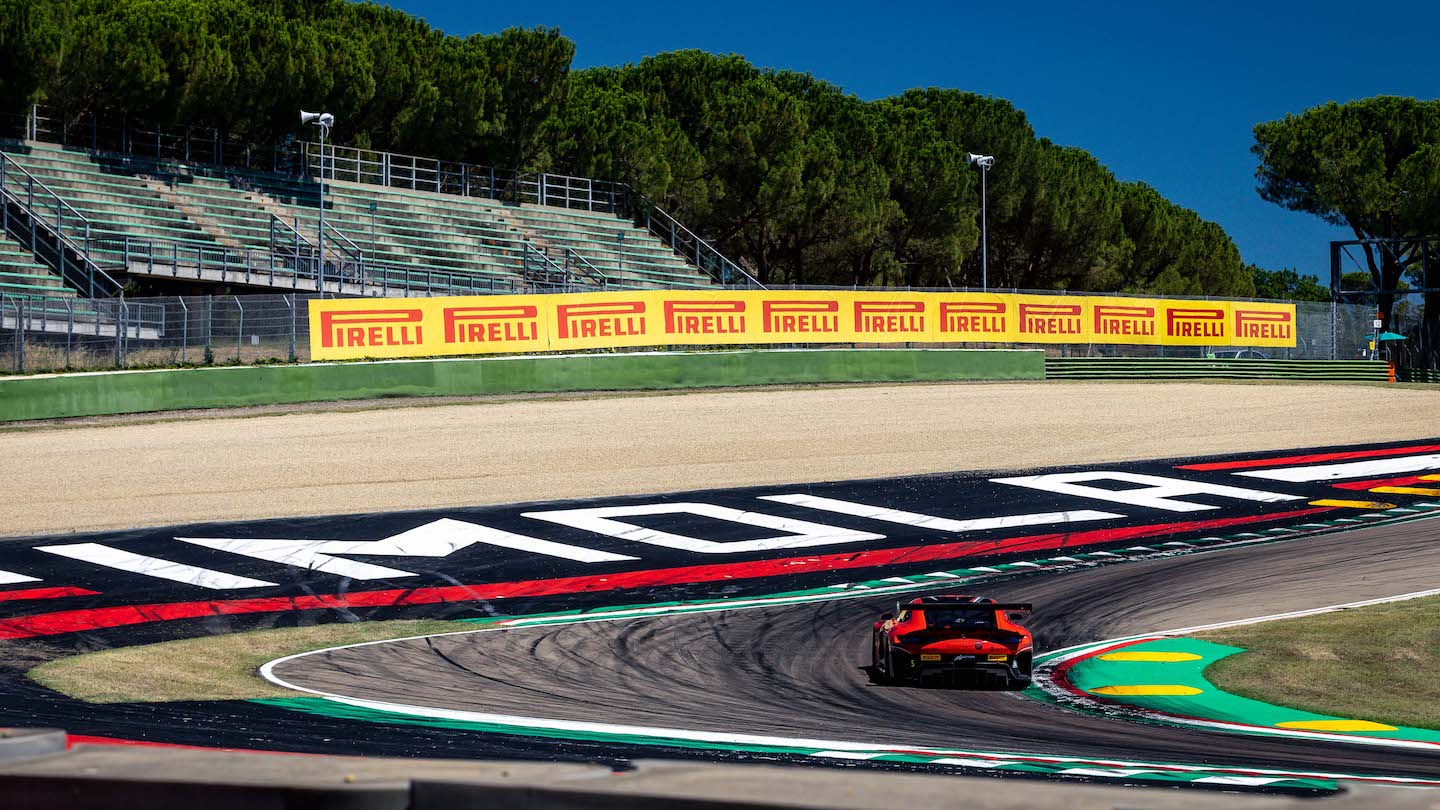 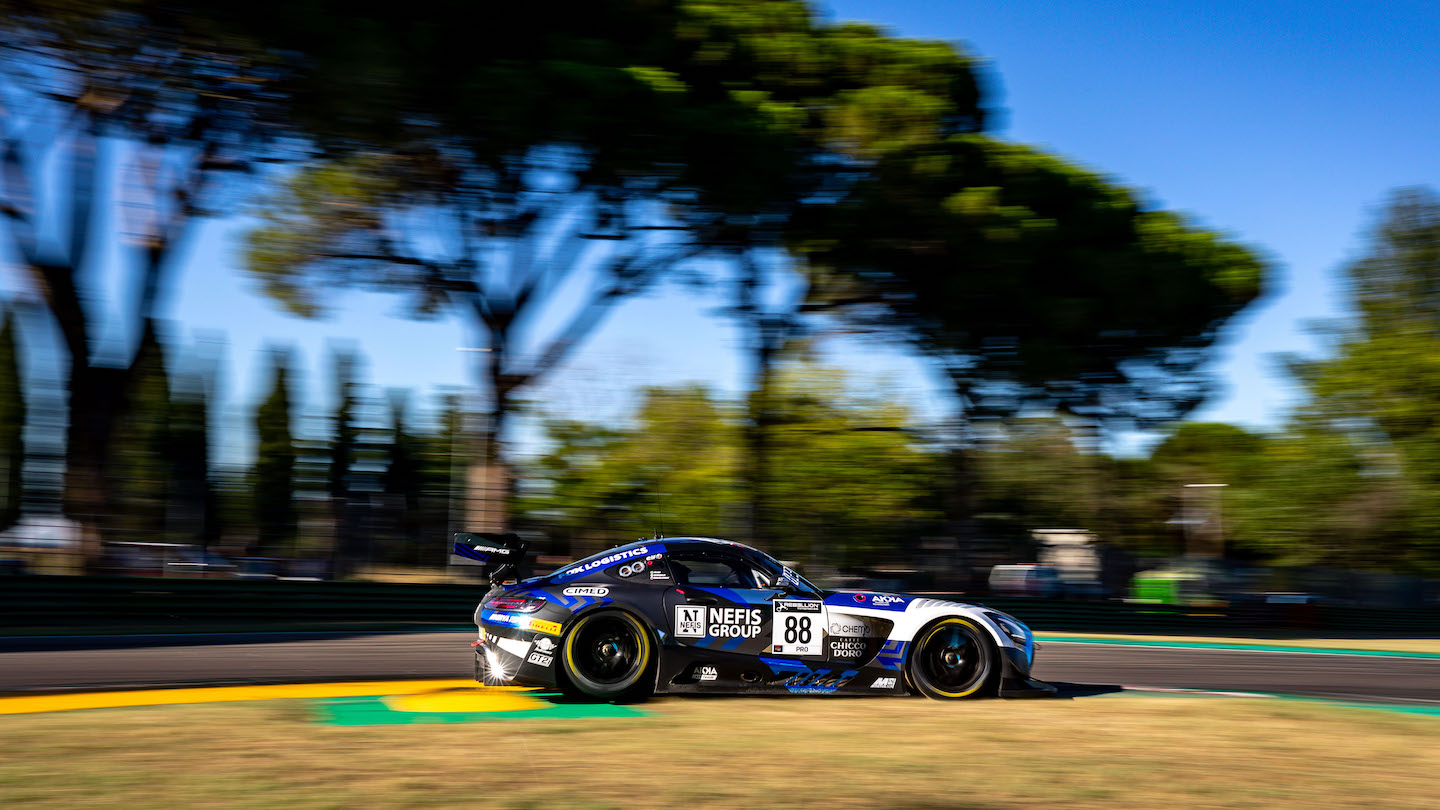 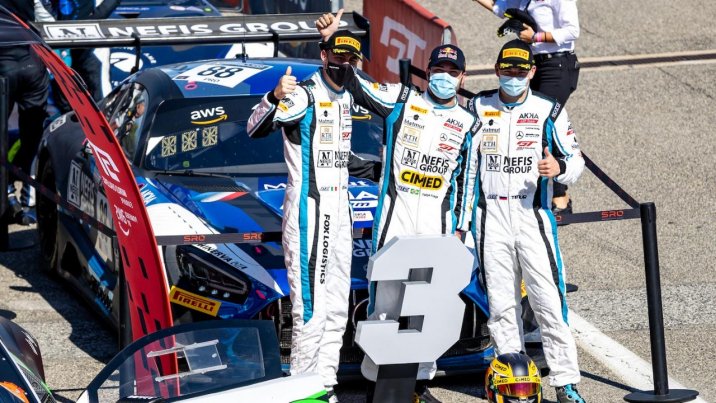 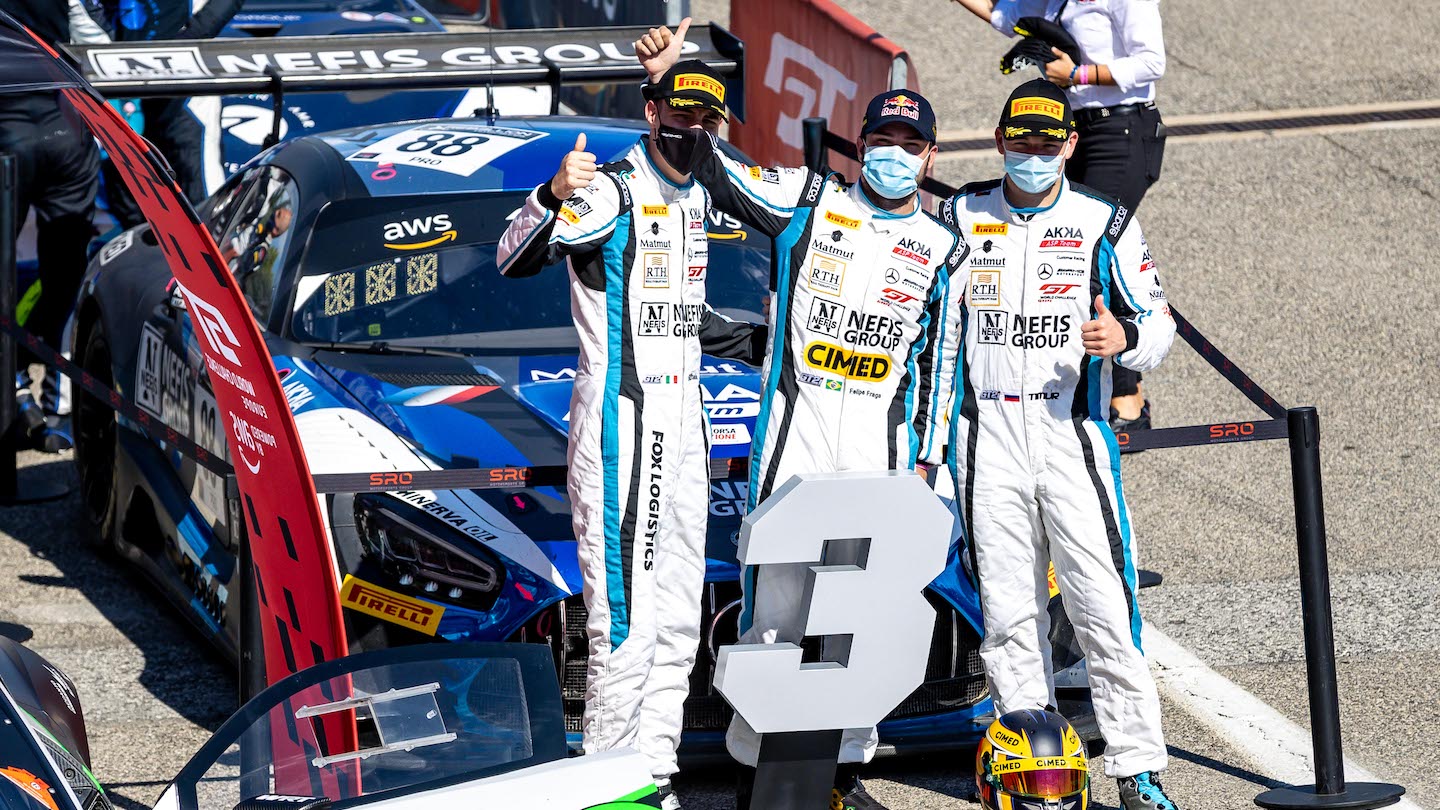 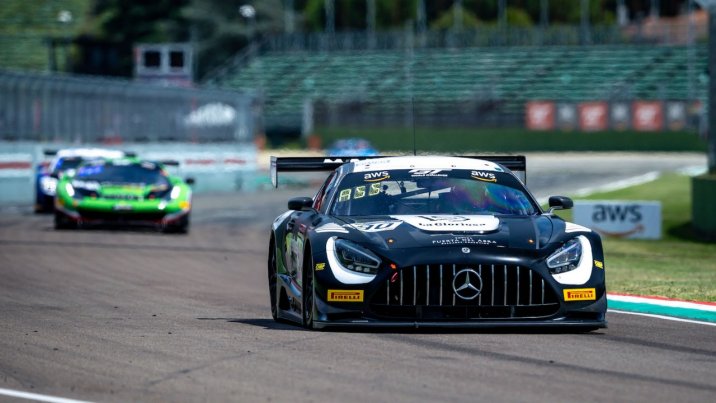 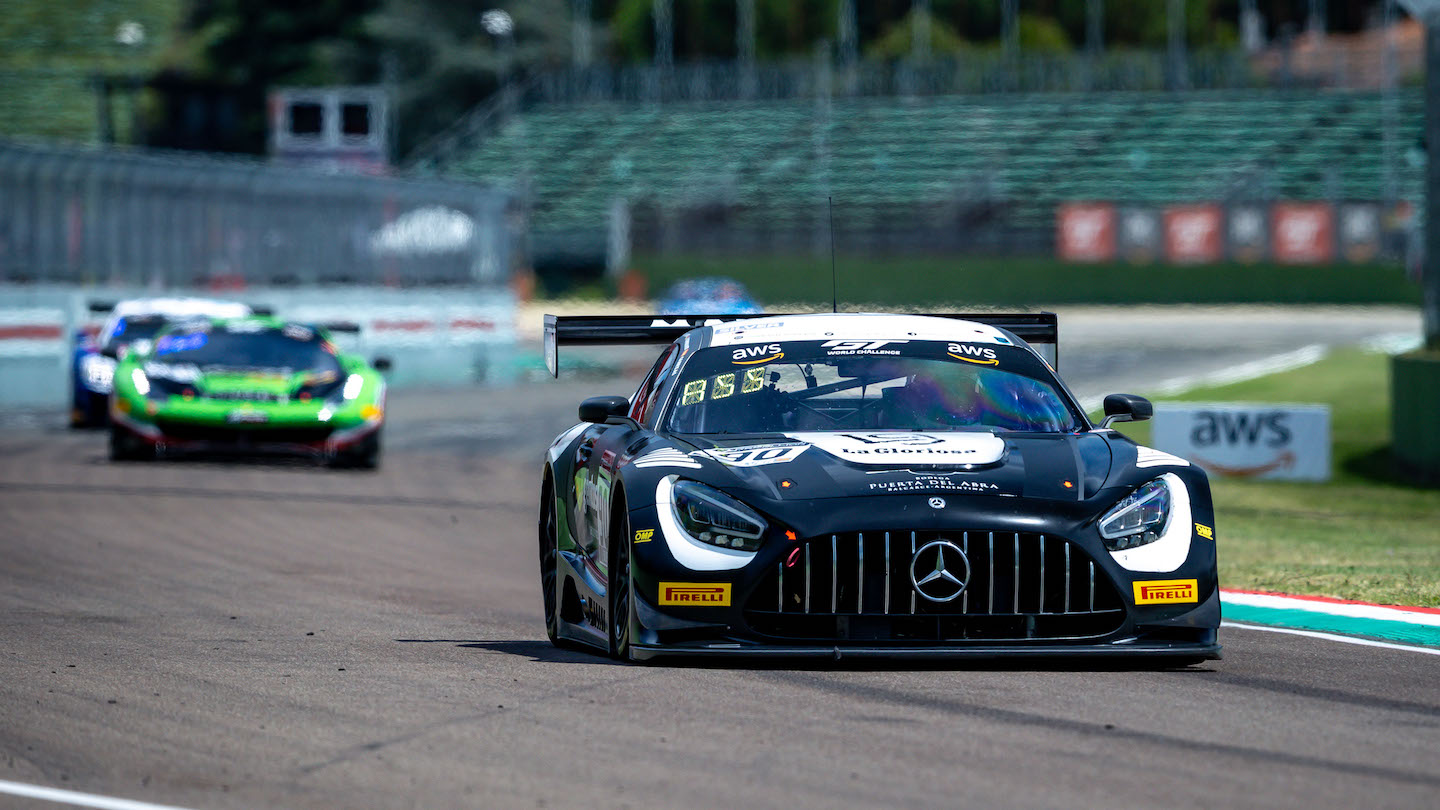 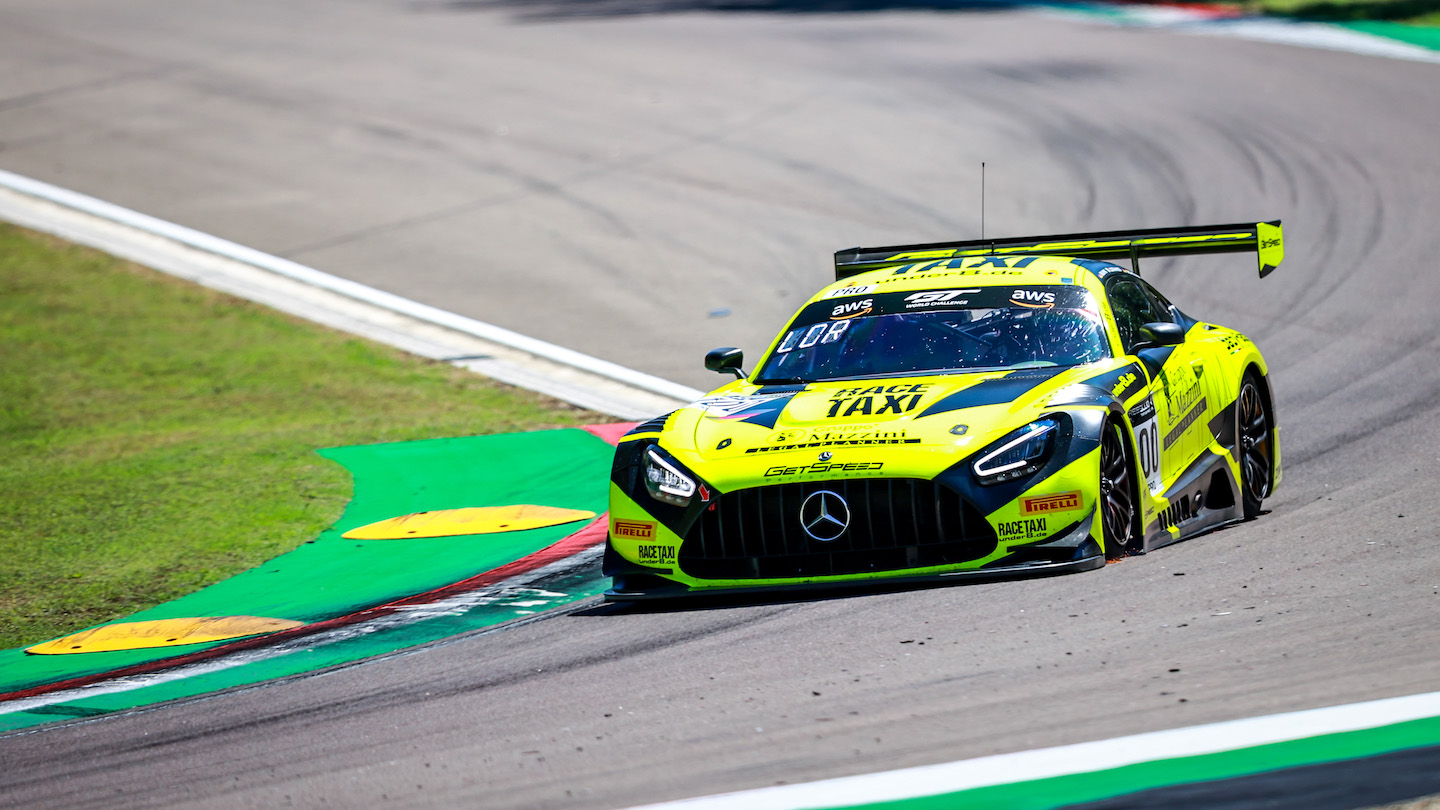 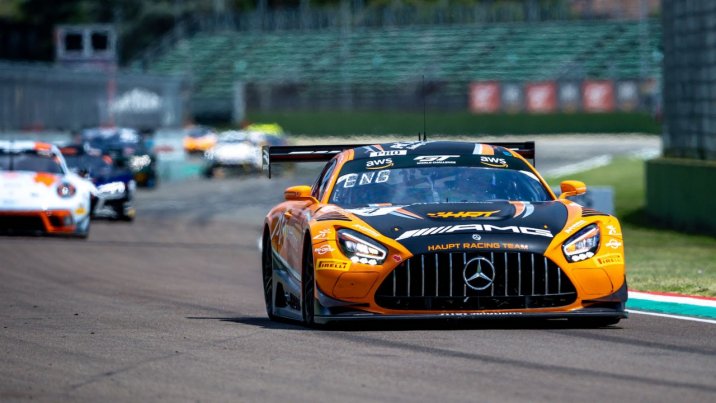 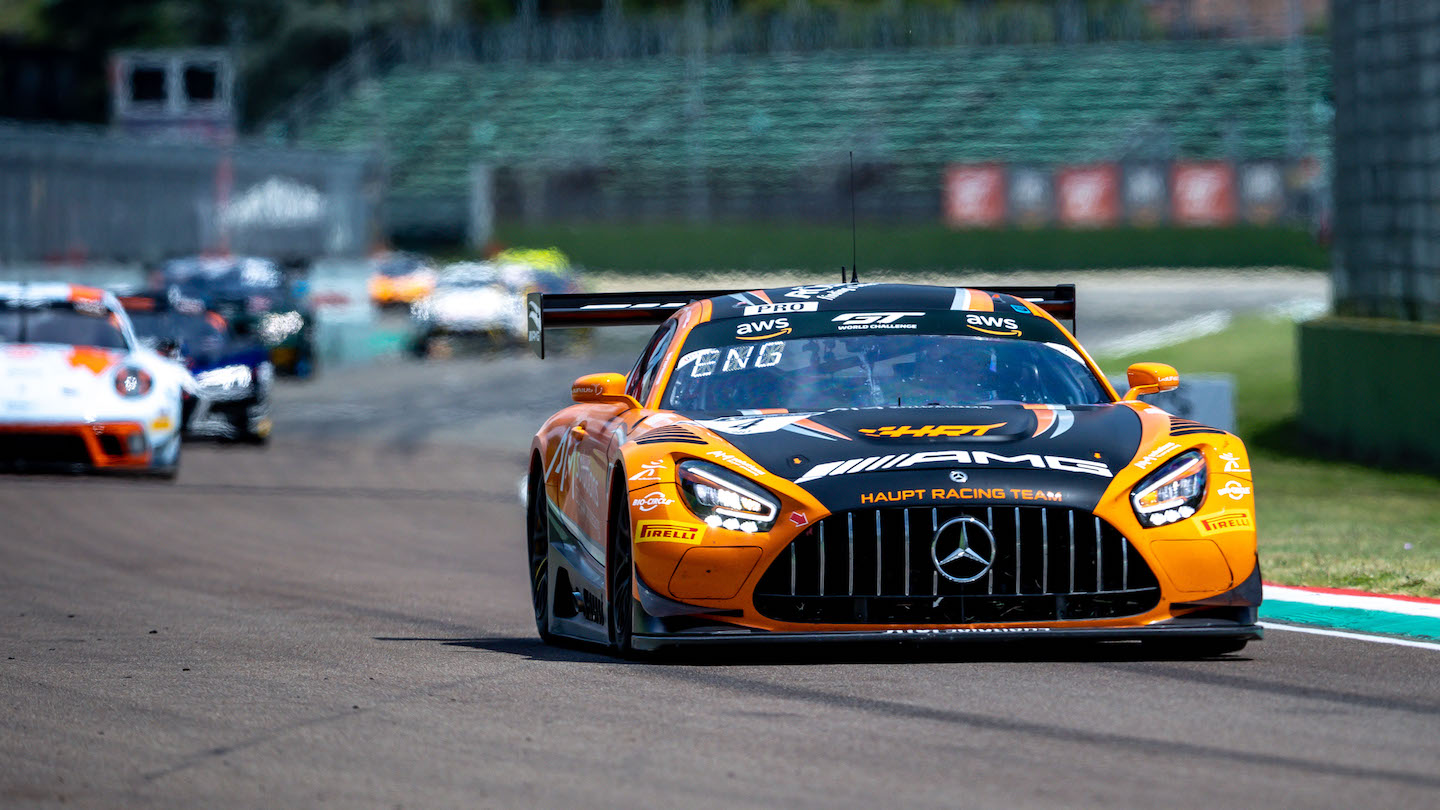