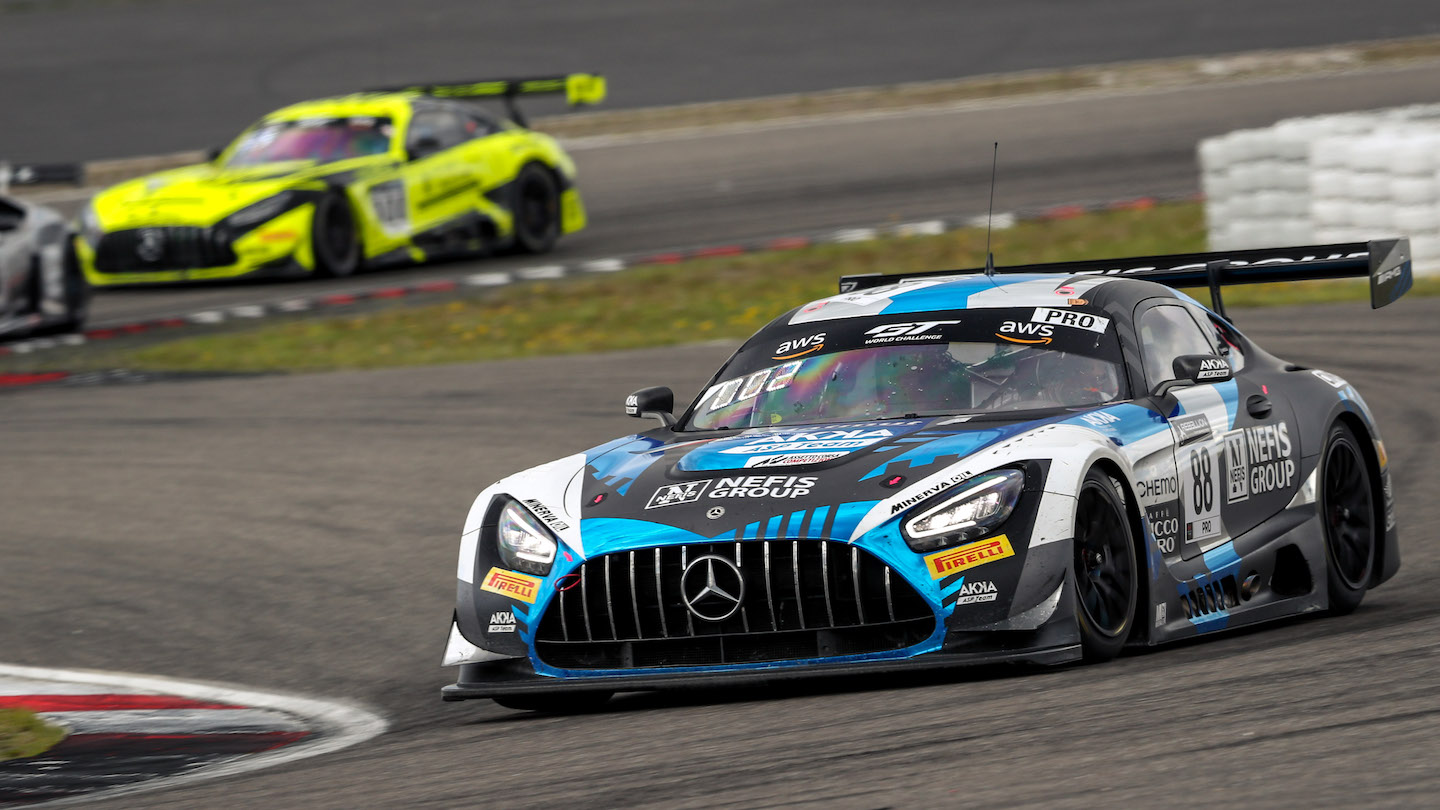 The 5.148 kilometres long Nürburgring Grand Prix circuit served as the venue for the first six-hour race of this year’s GT World Challenge Europe on Sunday. In the 47 car strong field, a total of ten Mercedes-AMG GT3s faced the high-class competition.

After qualifying on Saturday evening, Mercedes-AMG Teams AKKA ASP (#88) and HRT (#4) as well as GetSpeed Performance (#100) were closely behind the top positions and already used their possibilities in the action-packed opening stages on Sunday to make up ground. With the number 88 car, Felipe Fraga (BRA) did this in a very good way, finding gaps in the dense traffic after the race start to move up from 13th place on the grid to third position. Maximilian Buhk (GER) also made up many places: having started 15th, the #100 GetSpeed Performance entry was already in fifth place after three laps and a safety car intervention. Haupt Racing Team saw its #4 Mercedes-AMG GT3 with starting driver Vincent Abril (MCO) move up from ninth place on the grid to sixth position.

The following part of the race included multiple position fights and thrilling duels, during which AKKA ASP Team (#88) established itself on course for a podium finish. Fraga and teammate Timur Boguslavskiy (RUS) initially shared driving duties in that order. Luca Stolz (GER), who was the second driver in the Haupt Racing Team car (#4), also made up several positions thanks to well-thought overtaking manoeuvres and found himself in contention for a position among the frontrunners. Alessio Lorandi (ITA), who stepped in after Buhk in the #100 GetSpeed Performance car, maintained the chance of a top ten result for his team before the closing stages of the race started.

At this time, final driver Raffaele Marciello (ITA) made up one position while running third with the #88 AKKA ASP Team car as a result from a drive-through penalty for the erstwhile second-placed car and initially defended second place from his fellow Mercedes-AMG driver Maro Engel (GER) at the start of the final hour of the race. The latter, meanwhile, was tied in a close duel with an opponent for third place in the final part of the race, but defended his position in a commanding way and was third across the finish line after 173 laps. Fabian Schiller (GER), who was the third driver in the GetSpeed Performance (#100) car, secured the team’s first top ten result in this year’s GT World Challenge Europe by finishing eighth.

A pair of third places in the Silver Cup and Pro-Am classes
In the Silver Cup, Madpanda Motorsport (#90) secured third place with Patrick Assenheimer (GER), Ezequiel Perez Companc (ARG) and Romain Monti (FRA) as its drivers. The #87 AKKA ASP Team car had claimed pole position in the Pro-Am Cup in qualifying on Saturday. Drivers Fabien Barthez, Thomas Drouet and Jim Pla (all FRA) finished third in class in the six-hour race.

For the next event, the GT World Challenge Europe is heading to Magny-Cours from 11th – 13th September, where a pair of one-hour races for the Sprint Cup has been scheduled.

Second overall win in 2020 GT4 European Series
The support programme of the GT World Challenge Europe at the Nürburgring also included the third event of the GT4 European Series. On Saturday, NM Racing Team with the #15 Mercedes-AMG GT4 and its driver pairing Lluc Ibañez and Xavier Lloveras (both ESP) scored the second overall win of the year following its success at Misano World Circuit a month ago. In the race on Sunday, SRT Selleslagh Racing Team achieved a 1-2 in the Am class with starting number 31 driven by Bob Herber (NED) and 32 with Jean-Luc Behets and Johan Vannerum (both BEL) behind the wheel. The next venue for the series is Circuit Zandvoort from 25th - 27th September.

Stefan Wendl, head of Mercedes-AMG Customer Racing: “Today, our teams with the Mercedes-AMG GT3s rewarded themselves for their strong progress. After things didn’t go perfectly in qualifying, the podium results in the Endurance Cup of the GT World Challenge Europe as well as another top ten result are a strong achievement. The victories in the GT4 European Series round out an enjoyable weekend at the Nürburgring.”

Raffaele Marciello, Mercedes-AMG Team AKKA ASP (#88): “Many thanks to Felipe (Fraga), who made up so many places right away at the beginning. That was the basis for our good performance today. Unfortunately, we were unable to get closer to the frontrunners, but we still have scored important championship points.”

Felipe Fraga, Mercedes-AMG Team AKKA ASP (#88): “Today, we have done a really good job. We started from 13th place and we ended up second, I really am very happy with that. Thanks to my fellow drivers and to the entire team, that was a great performance!”

Maro Engel, Mercedes-AMG Team HRT (#4): “I think that we have shown a commanding performance today. In certain situations, we were lacking the necessary racing luck. Perhaps, we could have achieved a little bit more. Nevertheless, third place is a good result. We can build on this.”

Luca Stolz, Mercedes-AMG Team HRT (#4): “You can see from the car after the race that it was a hard-fought race. I am very happy with third place. During the final pit stop, the team has done its utmost and enabled us to claim this podium success as a result.”

Fabian Schiller, GetSpeed Performance (#100): “We have made another couple of steps ahead today. Once again, the car worked very well and we managed the start really well by moving up from 15th place to fifth. Throughout the long distance, we have shown a consistently good performance and we want to build on this during the next races.” 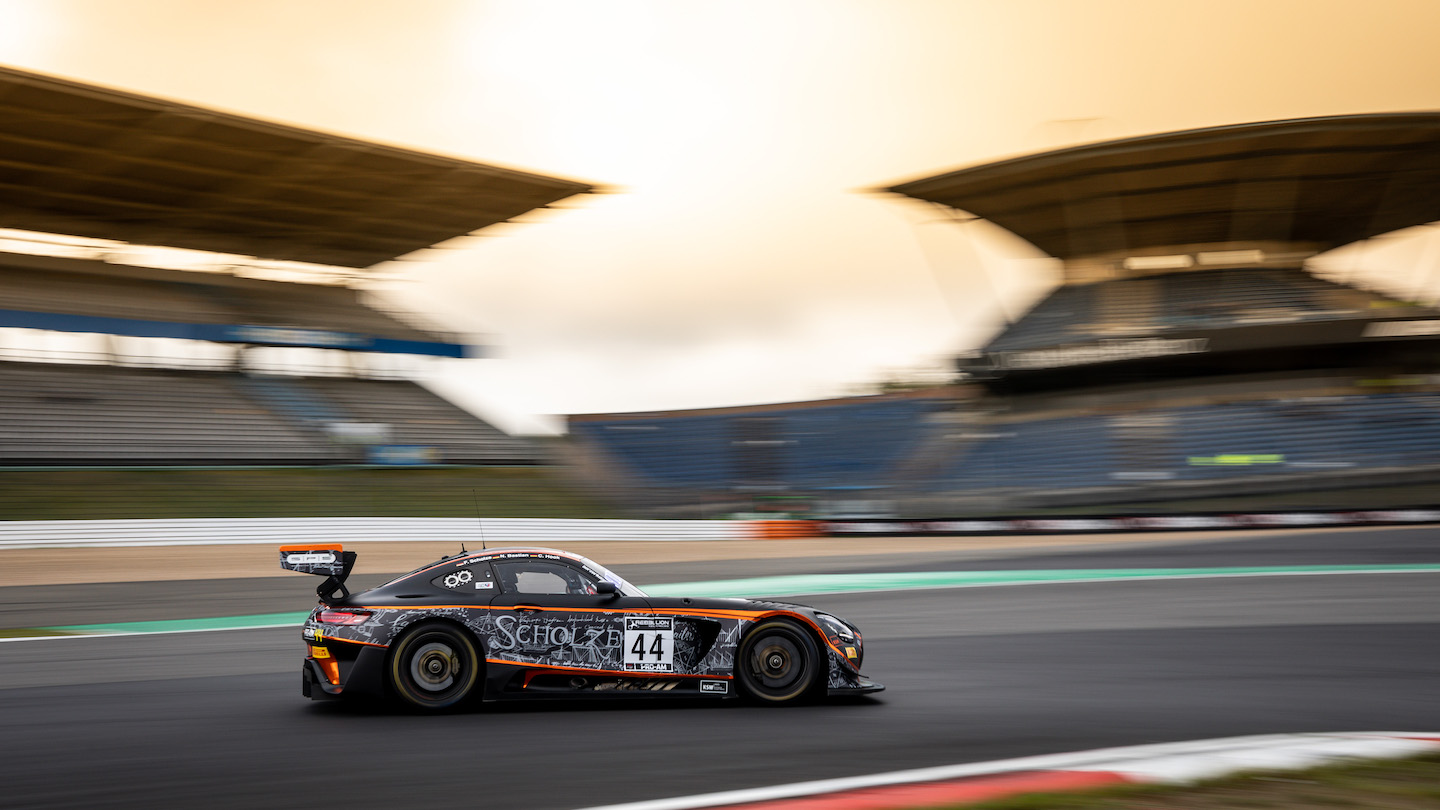 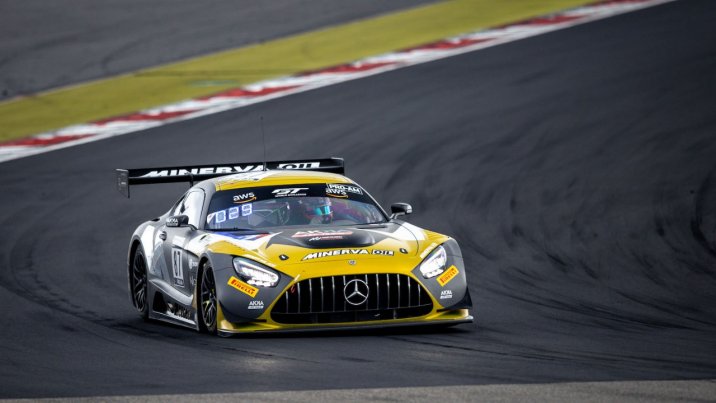 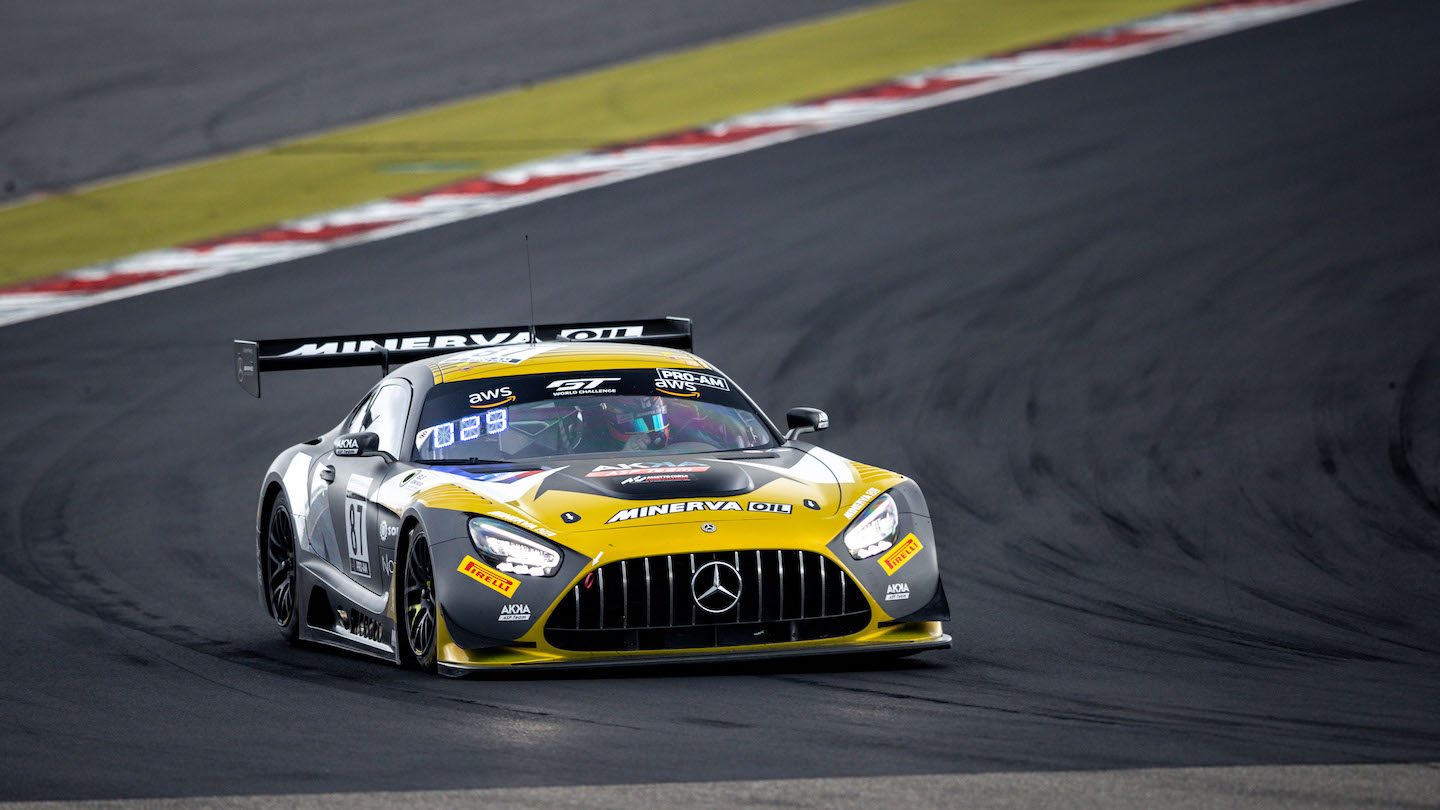 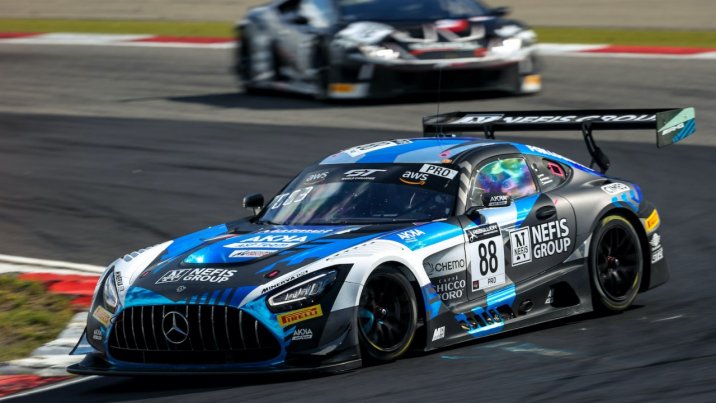 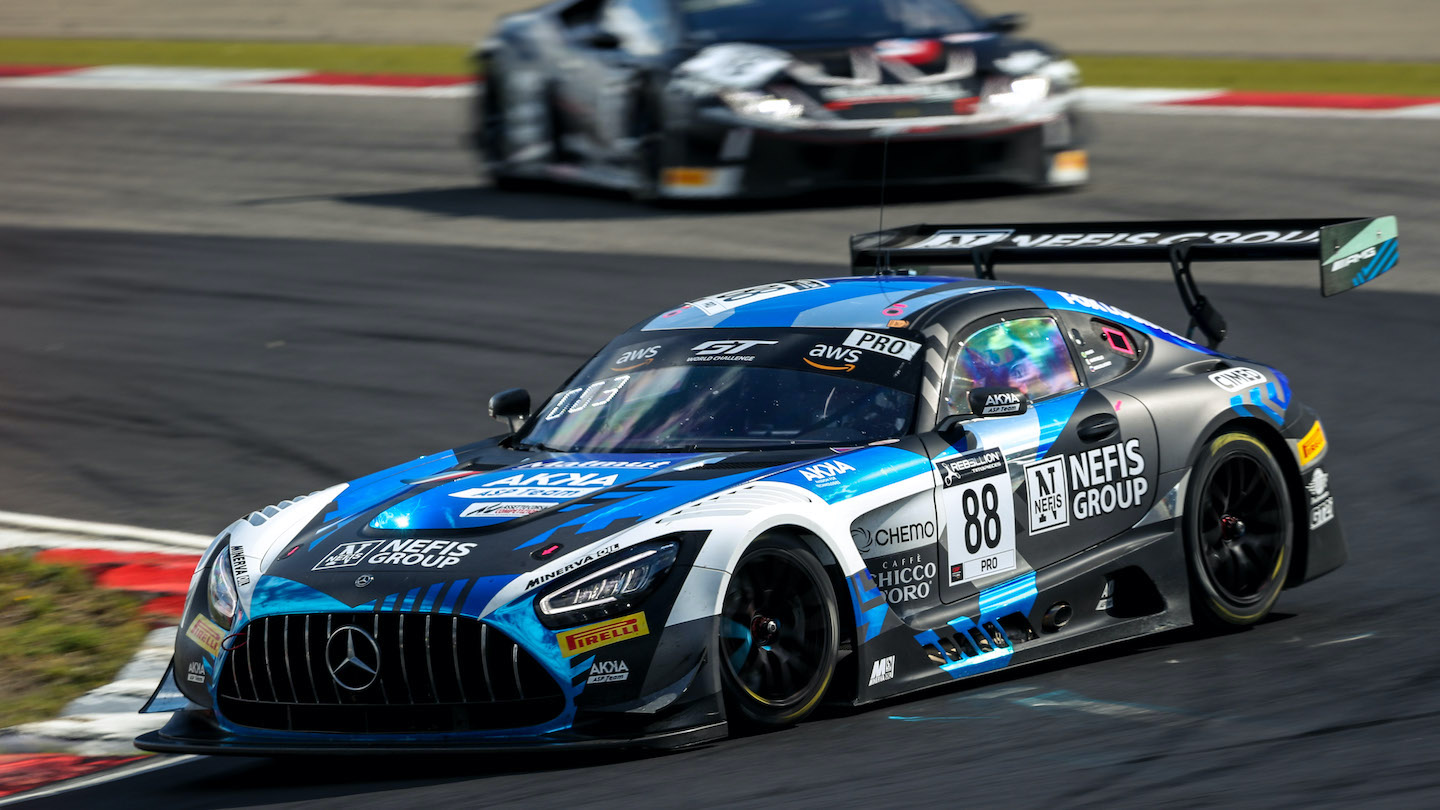 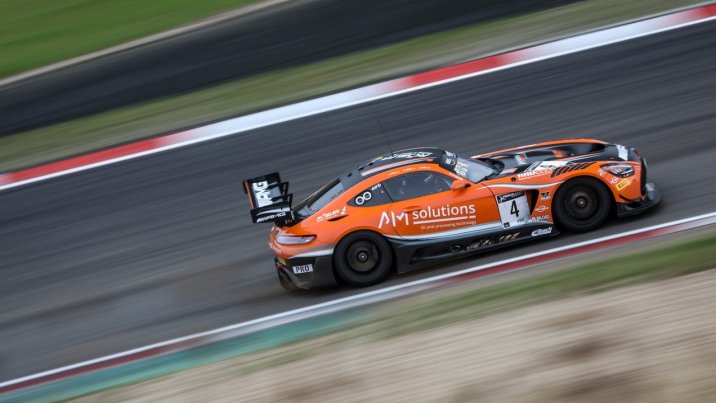 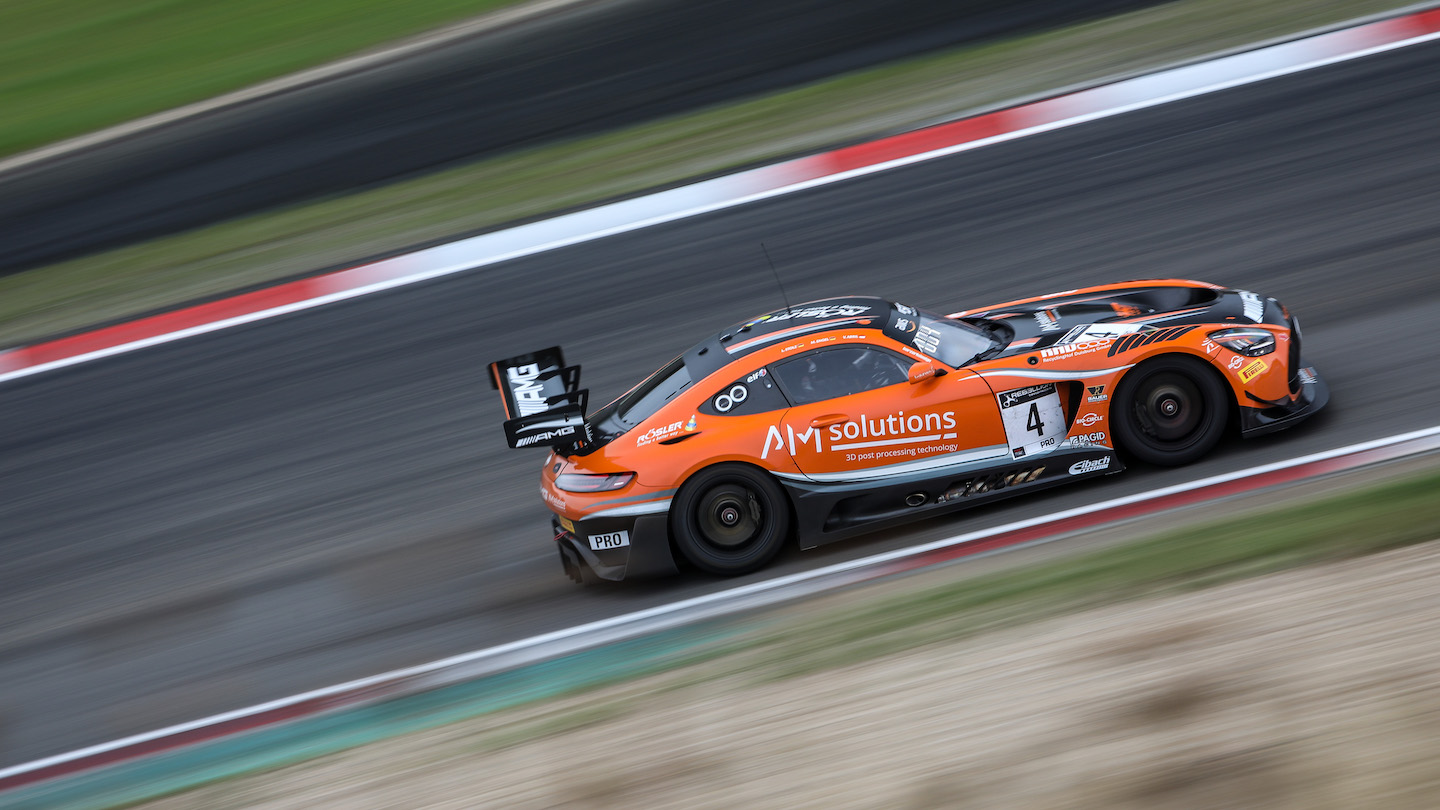 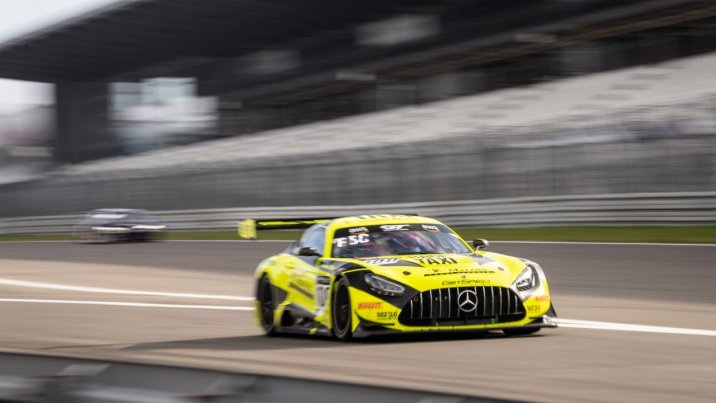 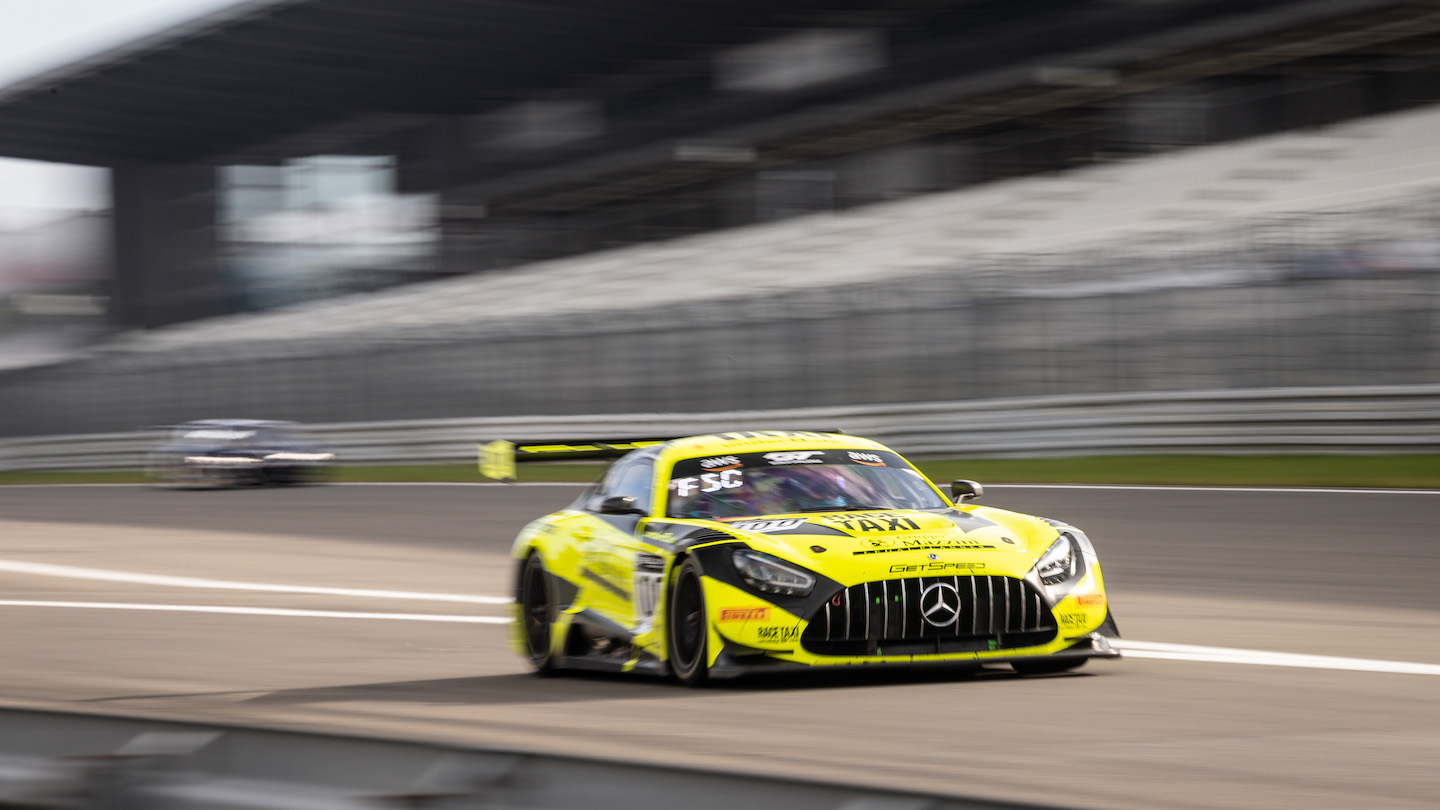 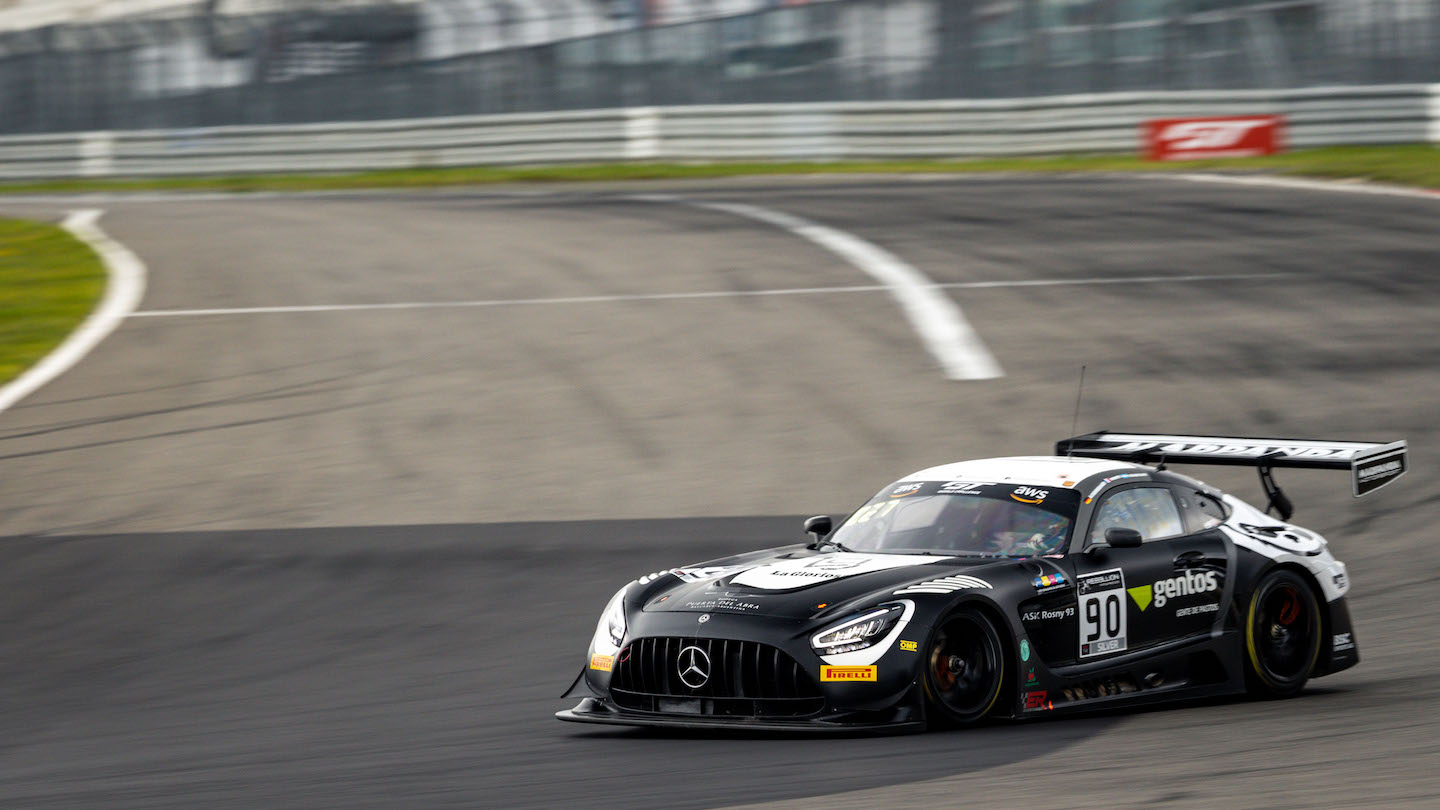