Mercedes-AMG Motorsport also has a podium result to celebrate in the second round of the 2020 ADAC GT Masters. At the Nürburgring, Maro Engel and Luca Stolz (both GER) finished second on Saturday. On Sunday, the duo with the #22 Mercedes-AMG GT3 of Mercedes-AMG Customer Racing Team Toksport WRT was classified seventh. After that, the team remains in the lead of both the drivers’ and teams’ standings. The teams KNAUS Team HTP-WINWARD, MANN-FILTER Team HTP-WINWARD, DLV Team Schütz Motorsport and Team Zakspeed BKK Mobil Oil Racing also ended up in the point-scoring positions with their Mercedes-AMG GT3s in the super sports car league at the weekend.

The Nürburgring sprint circuit served as the venue for the second event of the 2020 ADAC GT Masters this weekend. At the 3.629 kilometres long circuit in the Eifel, six Mercedes-AMG GT3s were on the grid. With the second-fastest time qualifying for the first 60-minute race, Maro Engel secured a good grid position for the Toksport WRT entry with starting number 22, the winner of the first race of the season at Lausitzring a fortnight ago.

During the race in the early hours of the afternoon, Engel defended his second place against the attacks from the opposition right after the start and was able to pull a slight gap from his rivals after a safety car intervention. After lap 17, Luca Stolz took over driving duties and kept the Mercedes-AMG GT3 on course for a podium finish with a faultless drive. Another safety car intervention with 15 minutes remaining bunched up the field once again, but the 25-year-old remained unfazed. Like in the second race at Lausitzring, the customer sports team from nearby Quiddelbach was second across the finish line.

On Saturday, four further Mercedes-AMG GT3s made it among the 15 best-placed cars and scored additional points for their championship tally as a result. Having started from eighth on the grid, Dorian Boccolacci (FRA) and Mick Wishofer (AUT) worked their way up to finish fifth with the #20 Mercedes-AMG GT3 run by Team Zakspeed BKK Mobil Oil Racing. The sister car with starting number 21 and driven by Jimmy Eriksson (SWE) and Daniel Keilwitz (GER) was in eleventh place at the end of the first race. The #48 Mercedes-AMG GT3 of the KNAUS Team HTP-WINWARD also achieved a top ten result with the sixth-place finish for its drivers Raffaele Marciello (ITA) and Philip Ellis (GBR).

Colleagues Maximilian Götz (GER) and Indy Dontje (NED) in the #47 MANN-FILTER Team HTP-WINWARD entry, meanwhile, didn’t have any racing luck on Saturday: after contact while running close to the point-scoring positions, the car dropped back to 26th place. The sixth Mercedes-AMG GT3 in the pack was run by DLV Team Schütz Motorsport. Like in the second race at the season opener already, Marvin Dienst (GER) and Philipp Frommenwiler (SUI) brought their car with starting number 36 home in ninth place at the Nürburgring.

Customer sport teams score further points in race 2
Following the result of every championship round, success ballast for the next race (qualifying excluded) is allocated to the cars according to their positions in the classification. As a result, the #22 Toksport WRT car started on Sunday, like in the first race on Saturday already, with an additional weight of 20 kilograms. From tenth place on the grid, it was accordingly difficult for the Engel/Stolz duo to make up positions. After 60 minutes, they ended up in seventh place. In the ADAC GT Masters drivers’ standings, the two drivers now have 73 points to their tally and are already 15 points ahead of their nearest rivals. In the teams’ standings, Toksport WRT also remains in the lead.

Victory for the Mercedes-AMG GT4 in ADAC GT4 Germany
As a part of the ADAC GT Masters support package, ADAC GT4 Germany had its season opener at the Nürburgring. In the first race, MANN-FILTER Team HTP-WINWARD with its drivers Julien Apothéloz (SUI) and Luca-Sandro Trefz (GER) in the car with starting number 48 was the best-placed team with the Mercedes-AMG GT4 in fifth place. On Sunday, it was more successful: the second race that had to be stopped early following an accident, resulted into victory for the team. Dupré Motorsport Engineering saw its drivers Christoph Dupré and Jacob Erlbacher finish in fourth place.

Stefan Wendl, head of Mercedes-AMG Customer Racing: “I am happy that in the second ADAC GT Masters event, all our Customer Racing Teams again finished in the point-scoring positions. With Toksport WRT, we have a team with the Mercedes-AMG GT3 in the lead of the championship. So we can say that the start into this high-class series has really been successful. We want to build on that and remain in contention at the front until the end of the season.”

Maro Engel, Toksport WRT (#22): “At the end of the day, this was yet another very good weekend, particularly with our second place on Saturday, of course. Huge thanks to the entire team that gave us an excellent Mercedes-AMG GT3 again. On Sunday, with 20 kilograms of additional weight, it was slightly more difficult to make further progress in this high-class field. From that perspective, we can be happy with seventh place and additional championship points in the second race.” 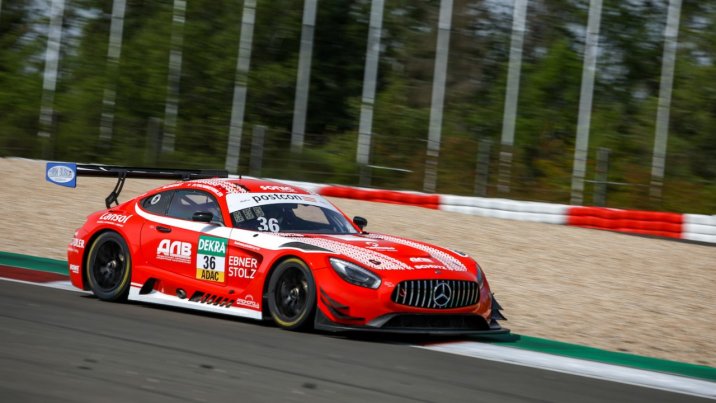 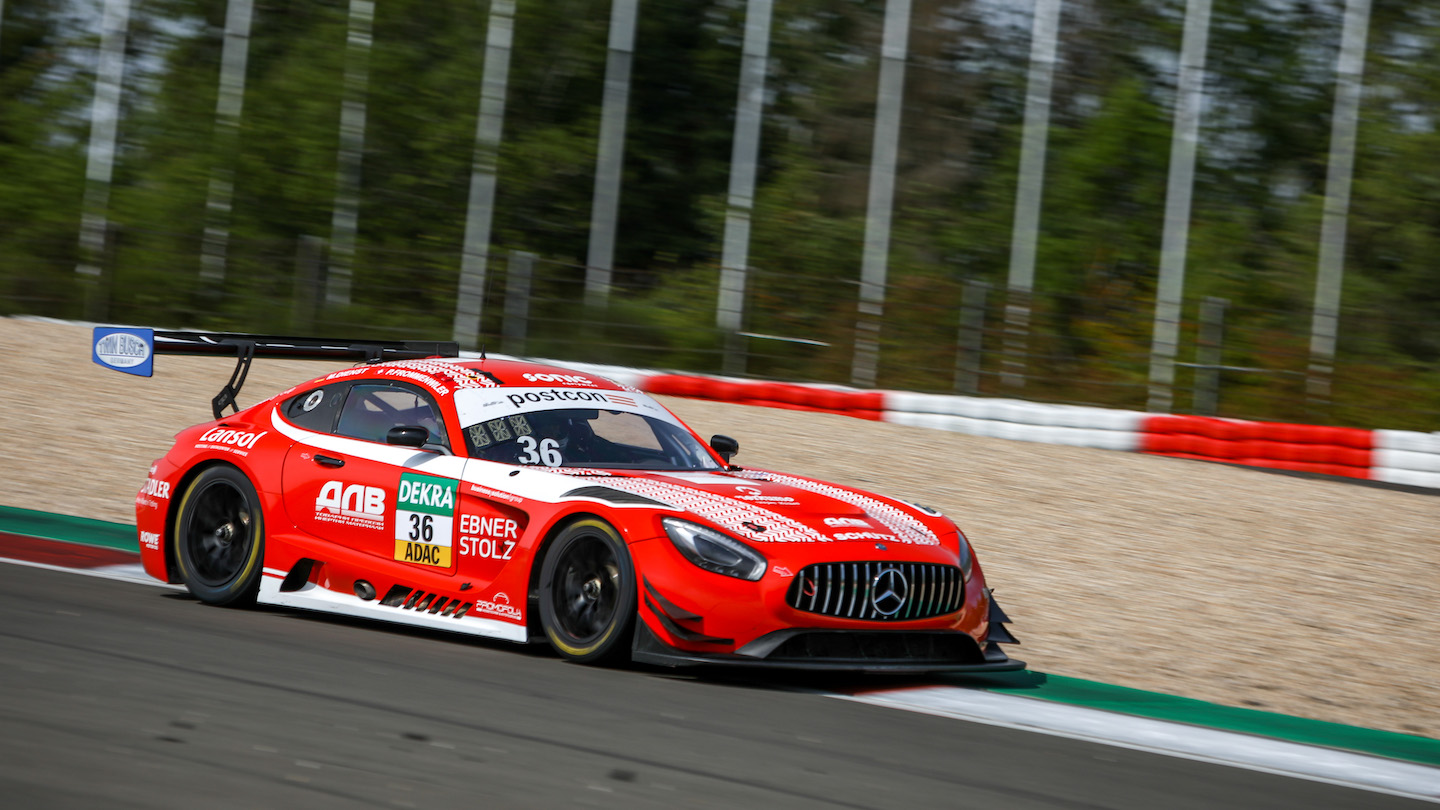 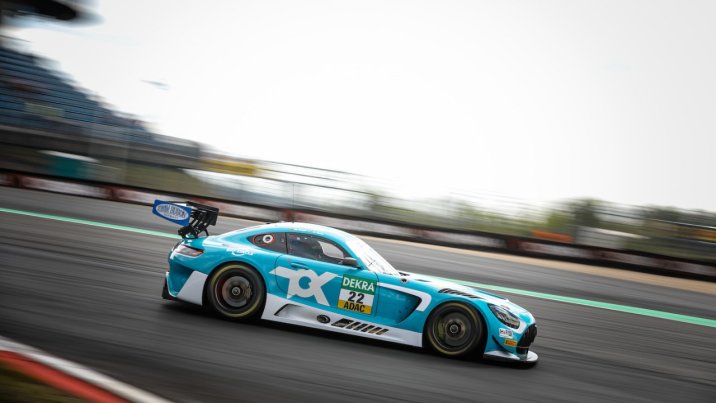 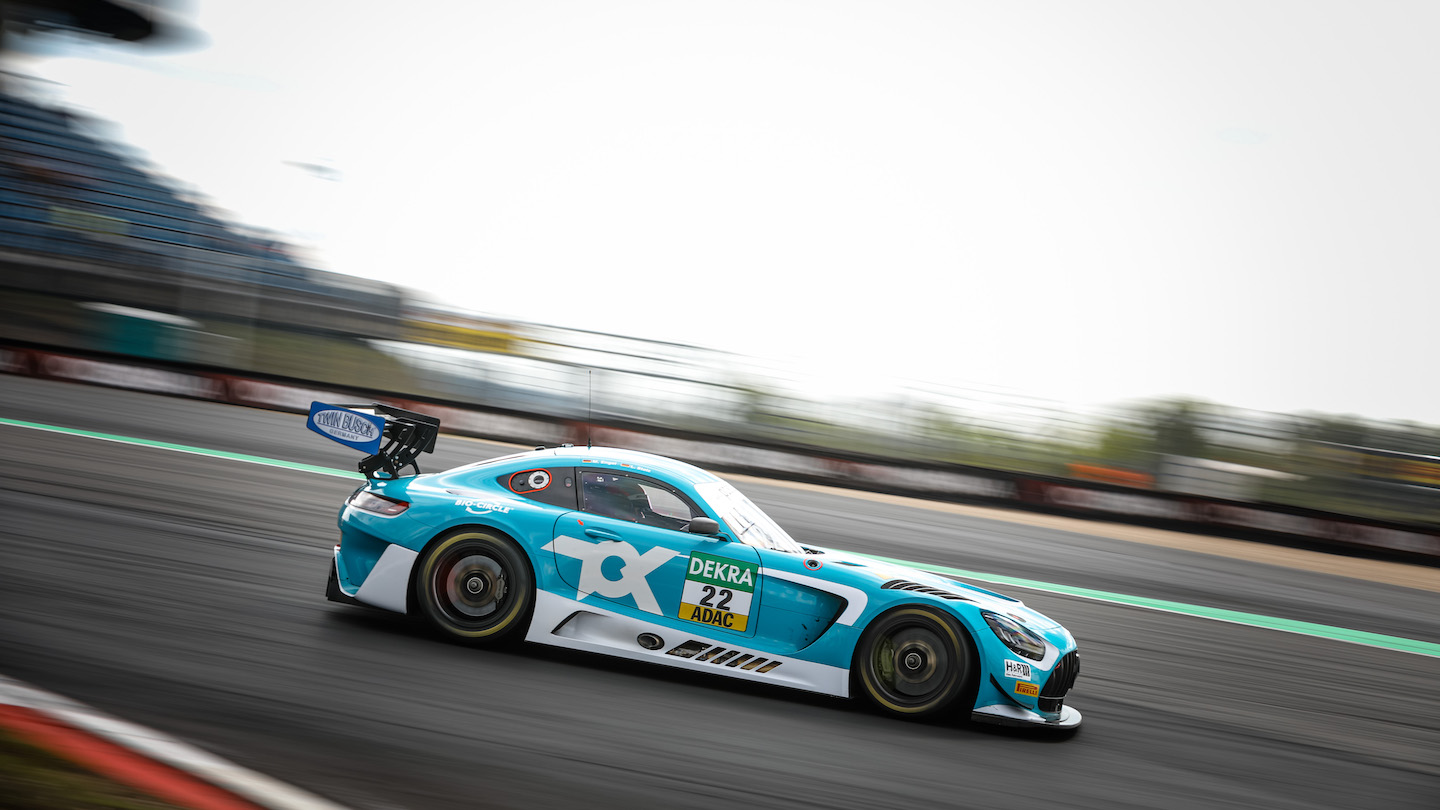 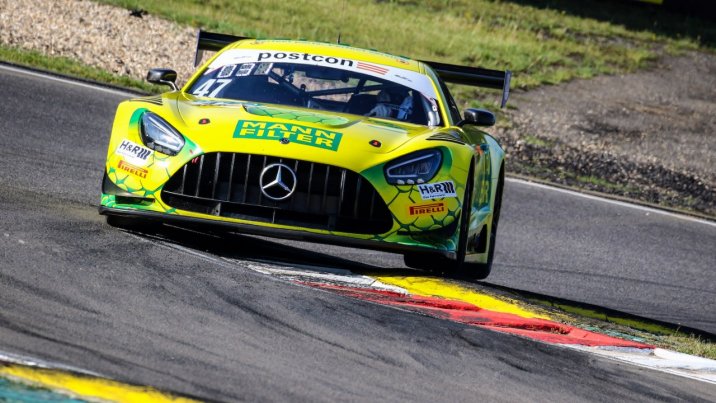 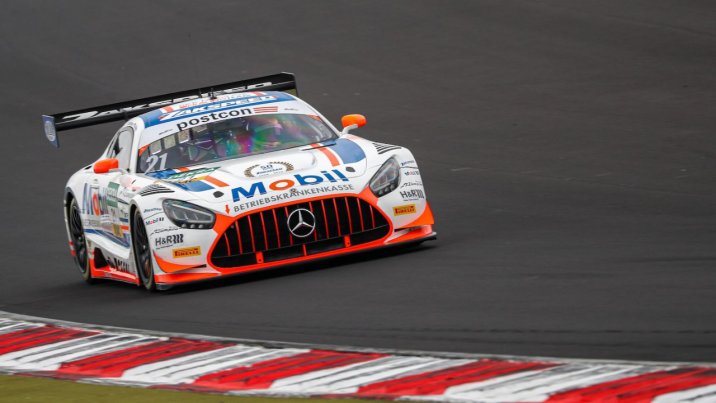 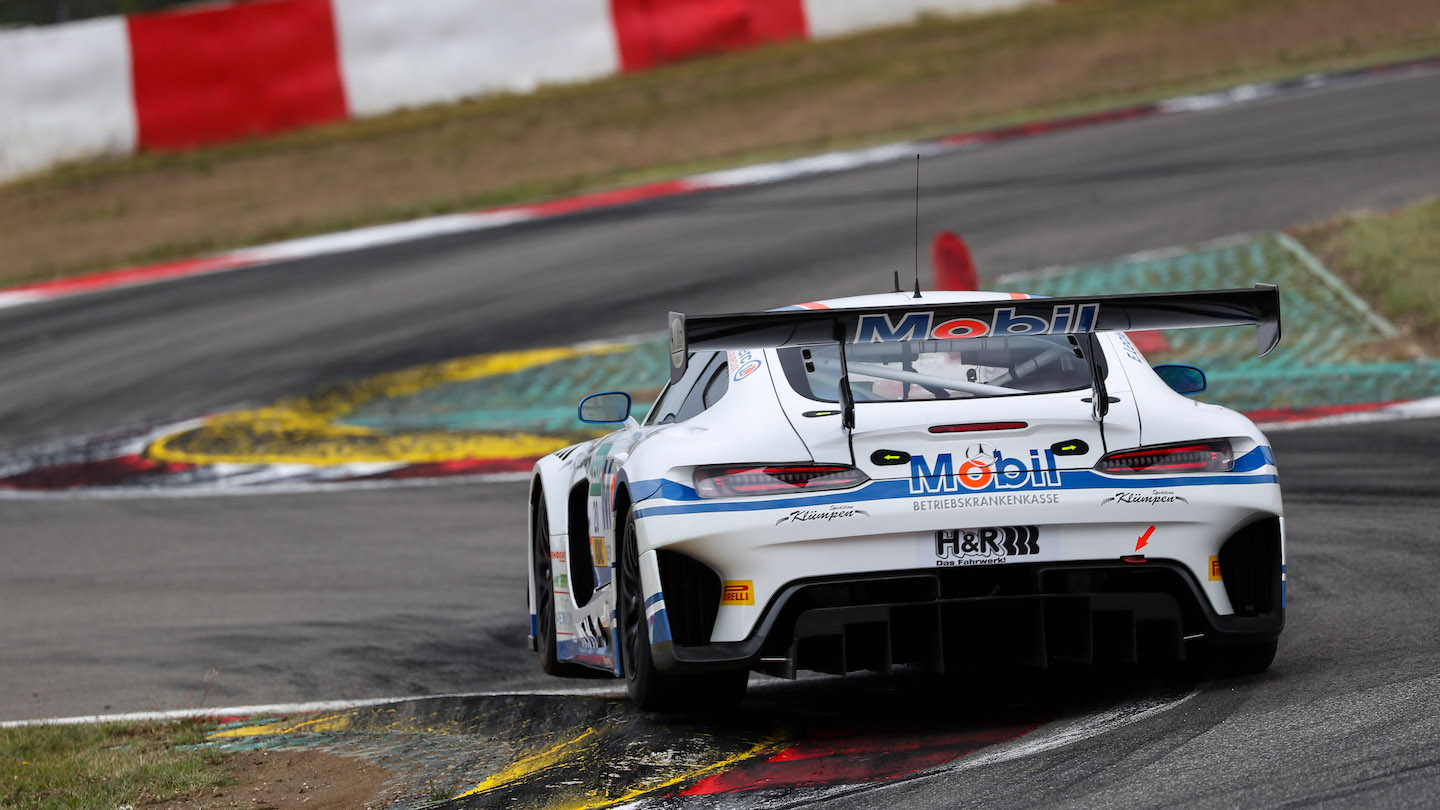 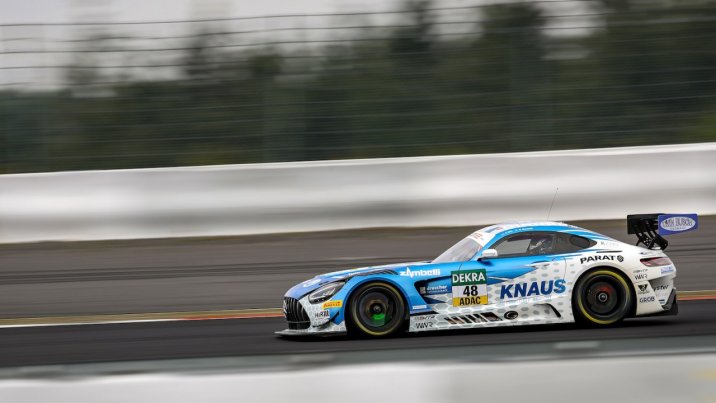 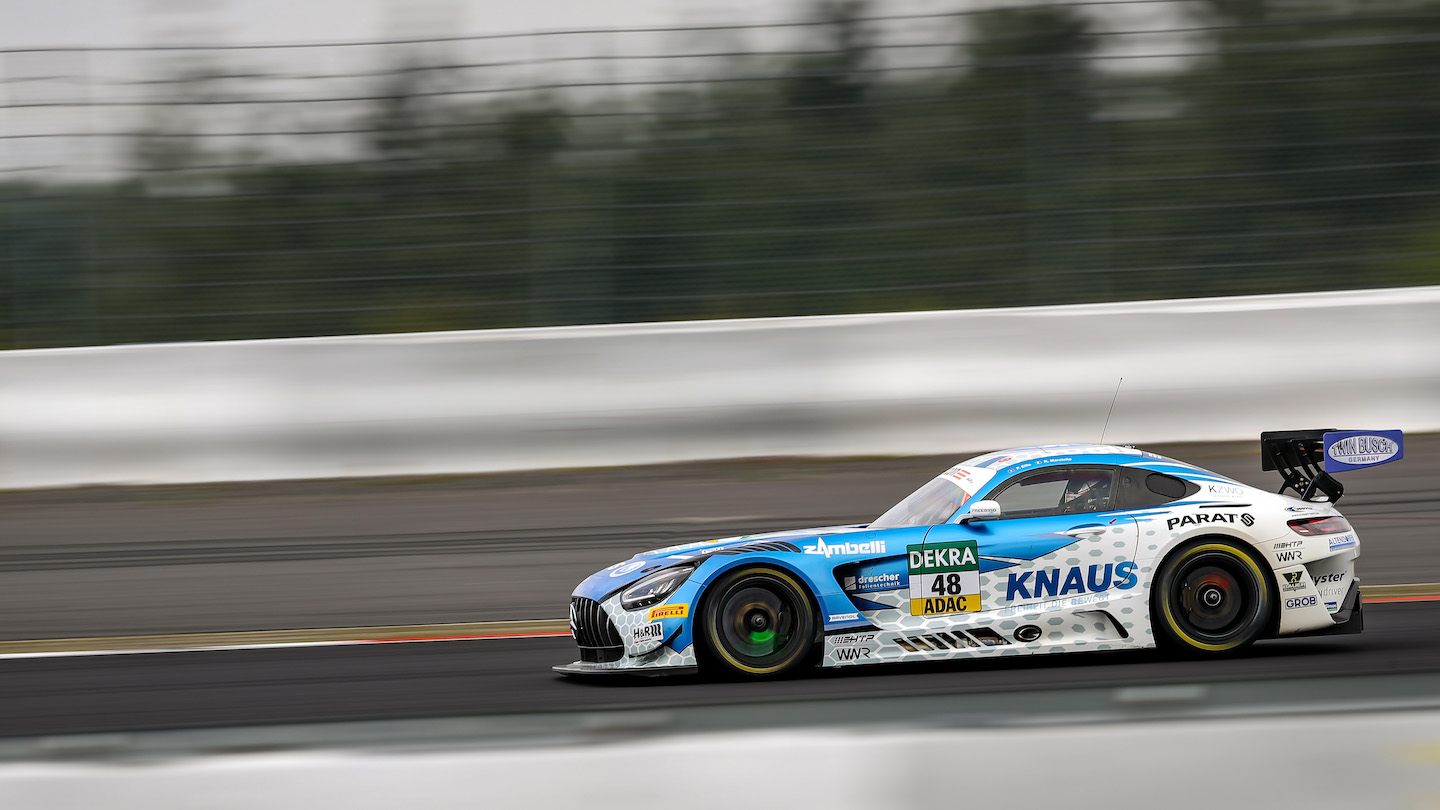