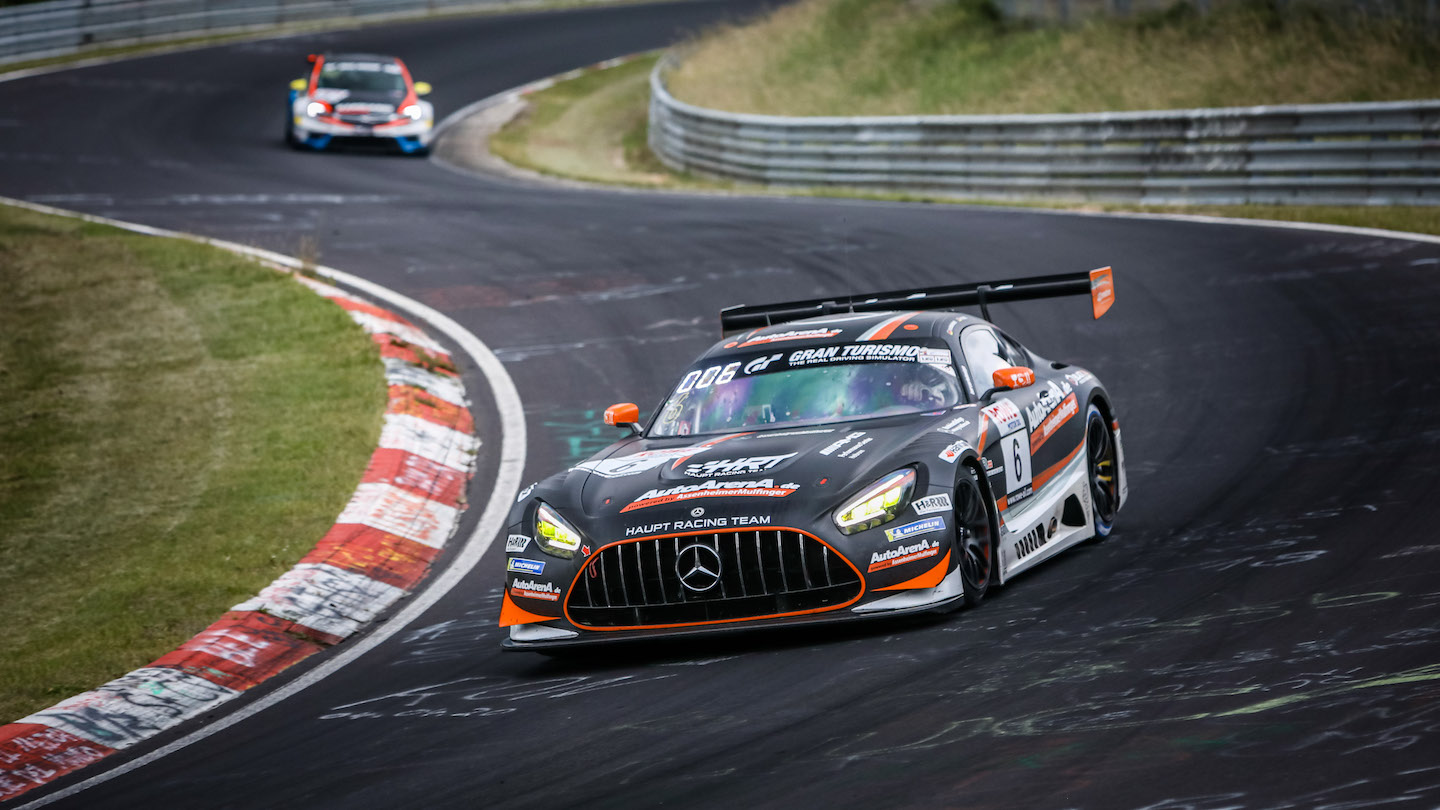 The season opener of the Nürburgring Endurance Series (NLS) saw Mercedes-AMG Customer Racing making a successful return to action after a several months’ break from racing. In the 51st Adenauer ADAC Rundstrecken-Trophy, Mercedes-AMG Team HRT AutoArenA (#6) was first across the finish line at the legendary Nürburgring-Nordschleife in its maiden race, but was classified second following a time penalty. Meanwhile, Mercedes-AMG Team GetSpeed with starting number 2 finished third, rounding out the double podium result for the performance and sports car brand from Affalterbach. The Mercedes-AMG Customer Racing Teams also showed a convincing performance: in the SP9 Pro-Am class, GetSpeed Performance (#8) secured second place while the sister car was classified third in the SP9 Am category. Victory in the SP8T class for the Mercedes-AMG GT4 of BLACK FALCON Team TEXTAR (#155) completed a successful day for Mercedes-AMG Motorsport in the ‘Green Hell’.

In total, four Mercedes-AMG GT3s and a Mercedes-AMG GT4 were on the grid for the long-awaited restart of the 2020 motorsport season ion the Eifel. Due to the current situation, however, special conditions were in place for the NLS season opener: spectators were banned altogether from the entire race event and the pit lane had been restructured as a part of the event’s hygiene concept: teams worked in the paddock area in 71 allocated open-air spaces separated from each other, refuelling was located just before the pit lane exit.

In qualifying, Mercedes-AMG Team HRT AutoArenA remained unfazed by the rather unusual conditions. At the 24.358km long combination of the Nürburgring-Nordschleife and the sprint configuration of the Grand Prix track, Maro Engel (GER) posted the fastest lap time, claiming pole position to put Hubert Haupt’s newly-founded team in an excellent situation for the four-hour race in the afternoon. The Mercedes-AMG GT3 with starting number 8 by GetSpeed Performance also came out strongly, starting third on the grid. The works-supported sister car with starting number 2, meanwhile, rounded out the successful qualifying session with fourth place.

At the start under thick clouds over the ‘Green Hell’, Patrick Assenheimer (GER) defended first position for Mercedes-AMG Team HRT AutoArenA (#6) in a commanding way and extended his lead as his stint length increased. Next to Assenheimer, Raffaele Marciello (ITA) was also wide awake from the very beginning: last year’s GT World Cup winner started the race from fourth place on the grid with the #2 Mercedes-AMG Team GetSpeed entry and already made up a position in the first corners prior to starting another successful attempt to overtake at the end of lap five. Eventually, Marciello handed the car to his teammate Maximilian Buhk (GER) while in second place, after which the latter was able to put in some laps in the lead of the field ahead of Assenheimer. Having started second on the grid, GetSpeed Performance (#8) with Matthieu Vaxivière, François Perrodo and Emanuel Collard (all FRA), on the other hand, quickly dropped out of the top ten after a promising start and intermediately having run in second place.

Podium and class success
Meanwhile, the battle at the front of the field saw several lead changes and entertaining position fights. Having taken over driving duties in the #6 car from Assenheimer halfway through the race, Engel was head-to-head for victory with his leading opponent until just before the end of the race. Then, the 34-year-old made his final overtaking manoeuvre and was first across the finish line. As the team had failed to meet the required minimum pit stop time just before, the #6 car was handed a 37-second time penalty by race control, resulting into second place in the maiden race for the newly-founded HAUPT RACING TEAM. Fabian Schiller (GER) drove the final stint in the #2 car and finished third to round out the double podium result for Mercedes-AMG Motorsport.

The second round of the Nürburgring Endurance Series is the 60th ADAC Reinoldus-Langstreckenrennens on 11th July. Because of the current situation and the delayed start of the season as a result of it, this year’s NLS schedule consists of eight rather than nine rounds.

Stefan Wendl, head of Mercedes-AMG Customer Racing: “It is great to be back at the Nürburgring-Nordschleife, to see the people and to face the competition. We have seen a very exciting race with many lead changes in which, unfortunately, the win eventually went away for us. But it is really normal that we are still having some potential for improvement at the start of the season. Nevertheless, we had a super overall package on the grid with the Mercedes-AMG GT3 and the GT4 and we were fully competitive with all the teams in their respective classes. Now, we are looking ahead and are preparing for the NLS double header to be in the best possible position for the 24-hour race in September as well.”

Maro Engel, Mercedes-AMG Team HRT AutoArenA (#6): “When you are first across the finish line, you also want to be on top in the classification afterwards. Today, however, we had a little timing problem during the pit stop and we were two seconds early leaving the pit lane. From that perspective, the penalty is justified and we have to accept it. But all in all, we had a great car that was really well balanced today. We also had a very successful day with pole position, the fastest race lap and what eventually was second place. A great debut for HAUPT RACING TEAM. I would also like to take the opportunity to express my thanks to the NLS organisers, but also to everyone who has contributed in implementing the hygiene and safety concepts. The fact that we were allowed to race again is the best thing. Thanks also to all the fans who have supported us from home. We are happy that the action now continues with the next races.”

Patrick Assenheimer, Mercedes-AMG Team HRT AutoArenA (#6): “I would never have thought that I wouldn’t be entirely happy with second place after such a tremendous race at the Nürburgring. Today, we really put on a mega race as the entire team, with great racing, but it was a tiny mistake during the pit stop that eventually cost us victory. That is too bad, but all in all, we have delivered a strong performance in HRT’s race debut. Huge thanks also to all the fans who have supported us from home and first and foremost to the numerous marshals who made this race possible for us in the first place.”

Maximilian Buhk, Mercedes-AMG Team GetSpeed (#2): “After such a long break, you first have to find your rhythm again. But of course, we didn’t lose our driving skills altogether. All in all, I am rather satisfied with the overall performance today. I know that I can still improve in terms of driving, but surely that will come given time. Therefore, I am already looking forward to the next round of the Nürburgring Endurance Series.”

Fabian Schiller, Mercedes-AMG Team GetSpeed (#2): “I had a lot of fun with my teammates, I am simply getting along with them really well. Of course, finally racing at the Nordschleife again was great fun, too. After all, it was rather quiet here recently. Today, our car was strong. On top of that, we had a good start, although we are still seeing room for improvement as far as the race is concerned. I am already looking forward for the action to continue with the next VLN round in a fortnight in which we can prepare as well as we can for the 24-hour race, that is the main goal.”

* Excerpt subject to confirmation by the organisers 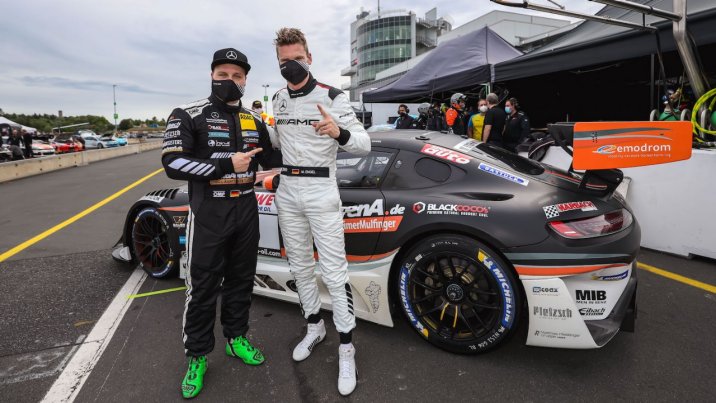 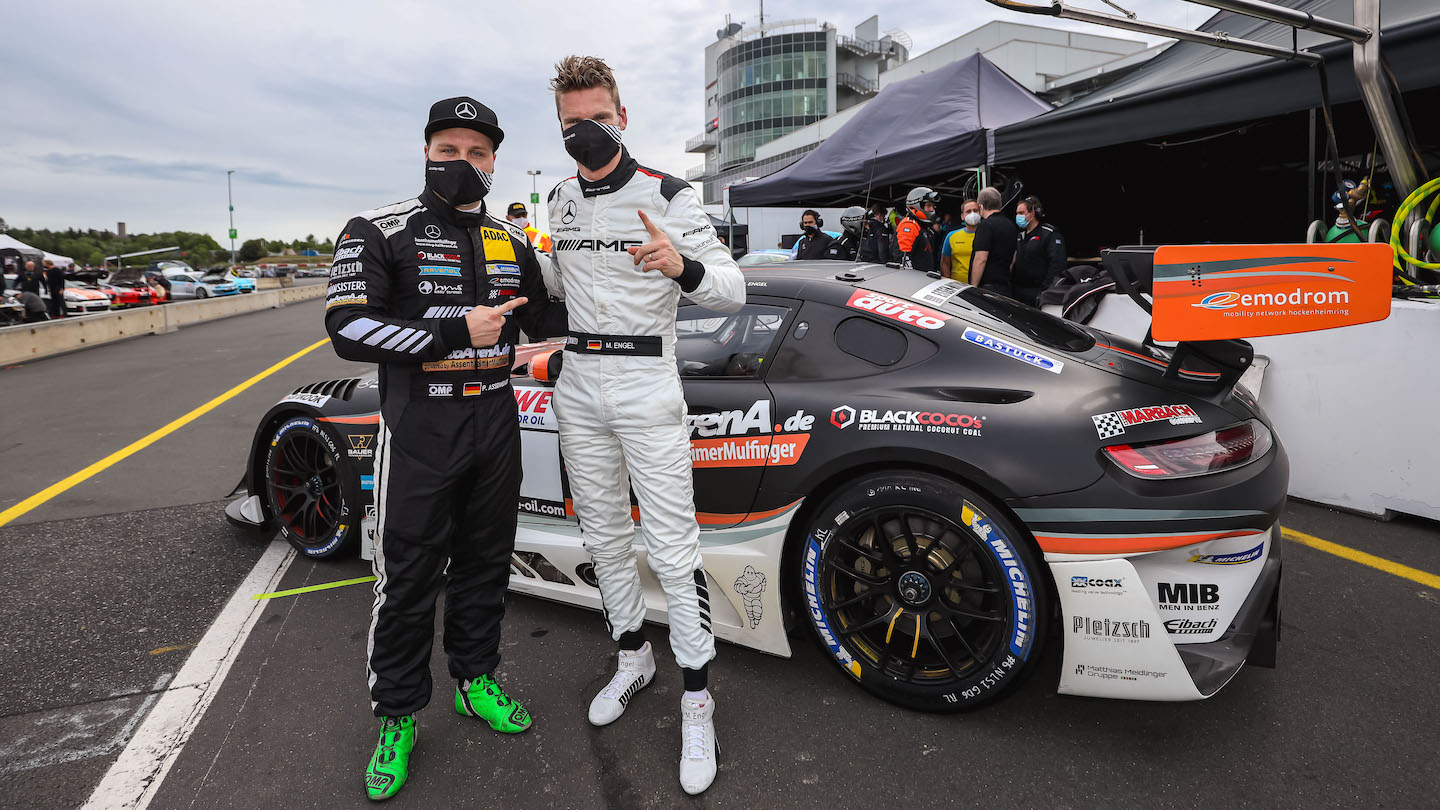 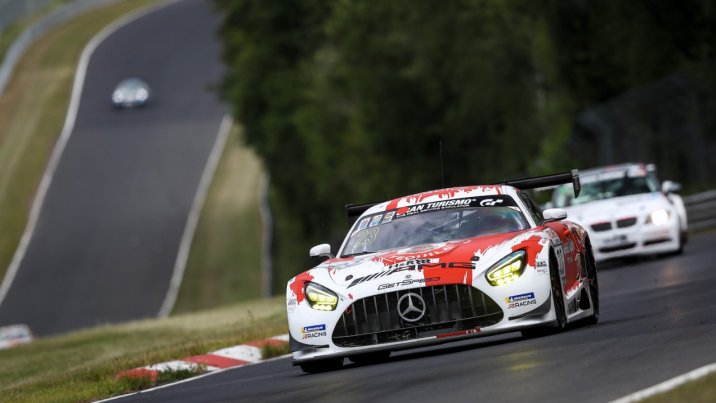 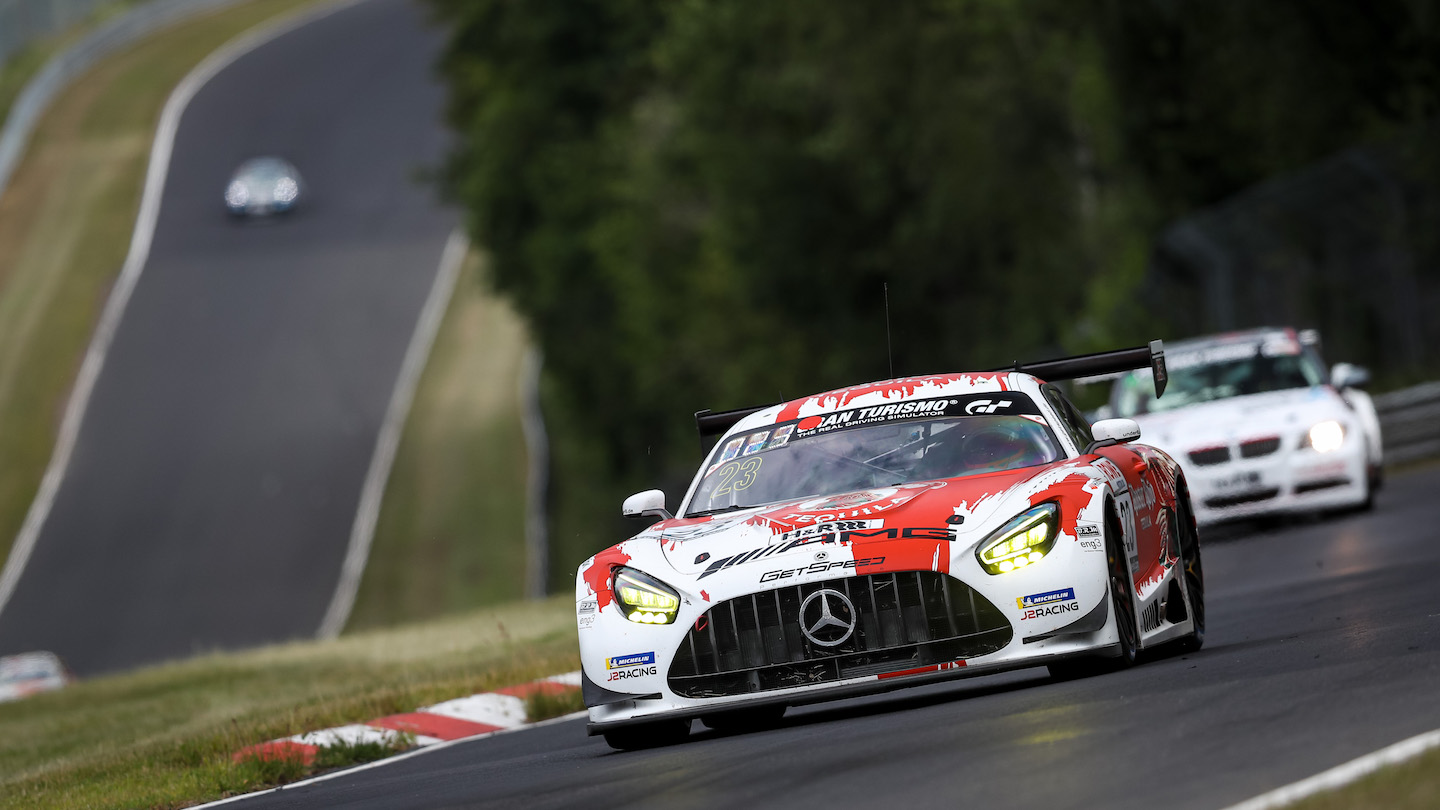 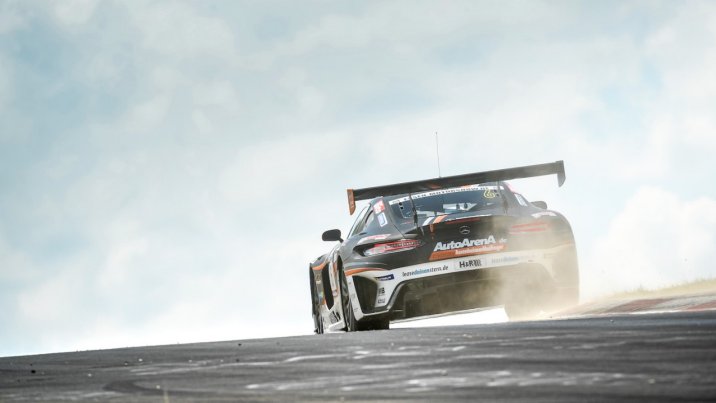 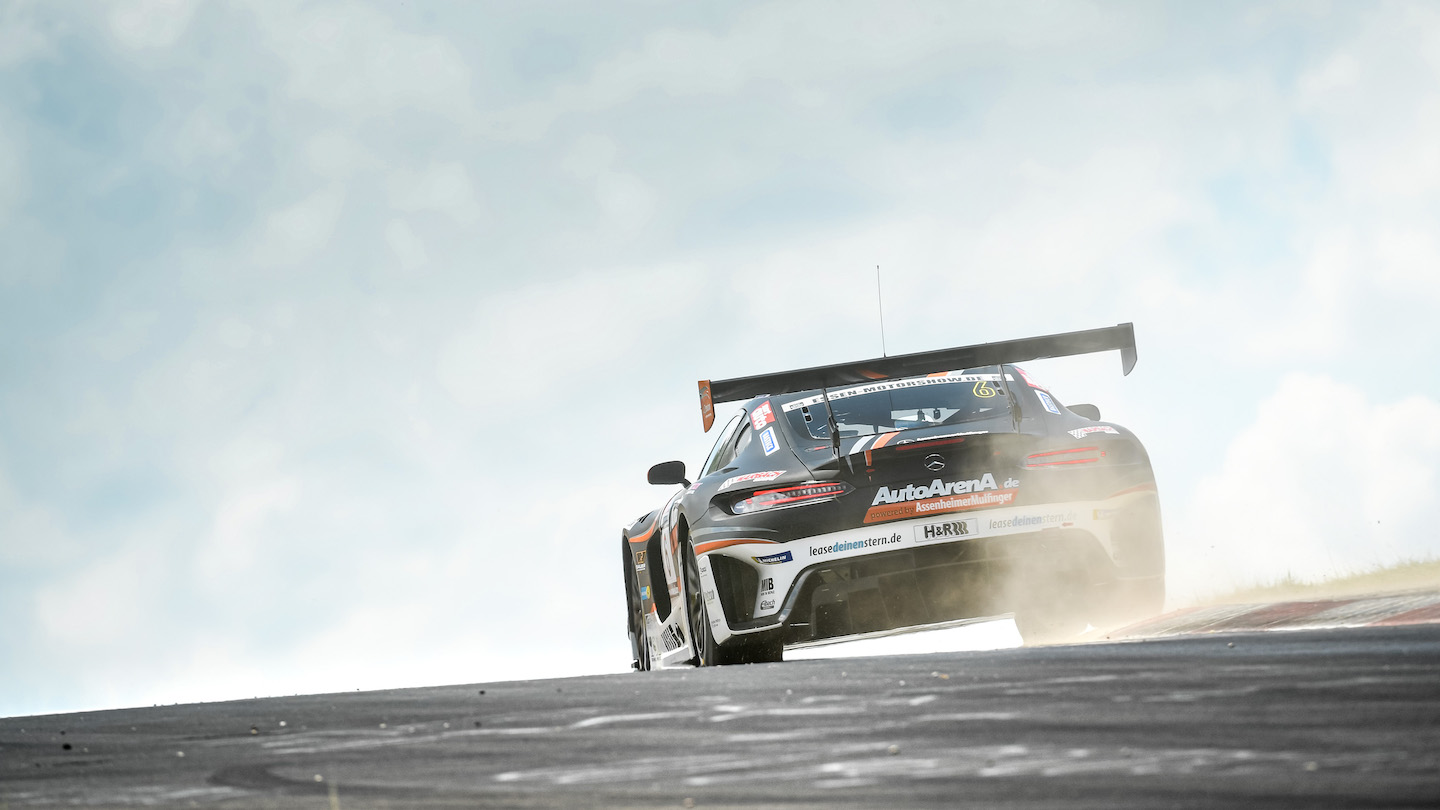 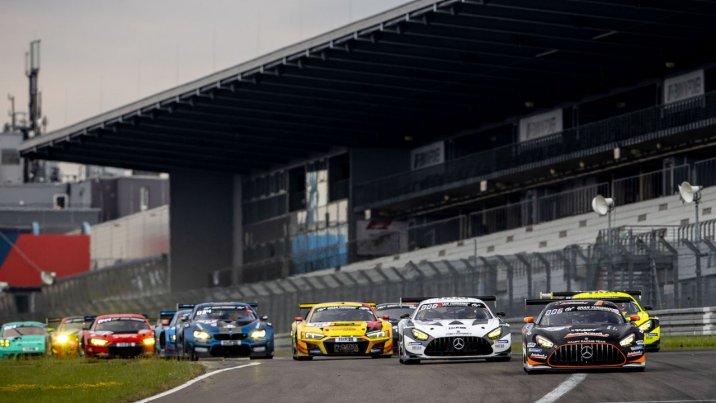 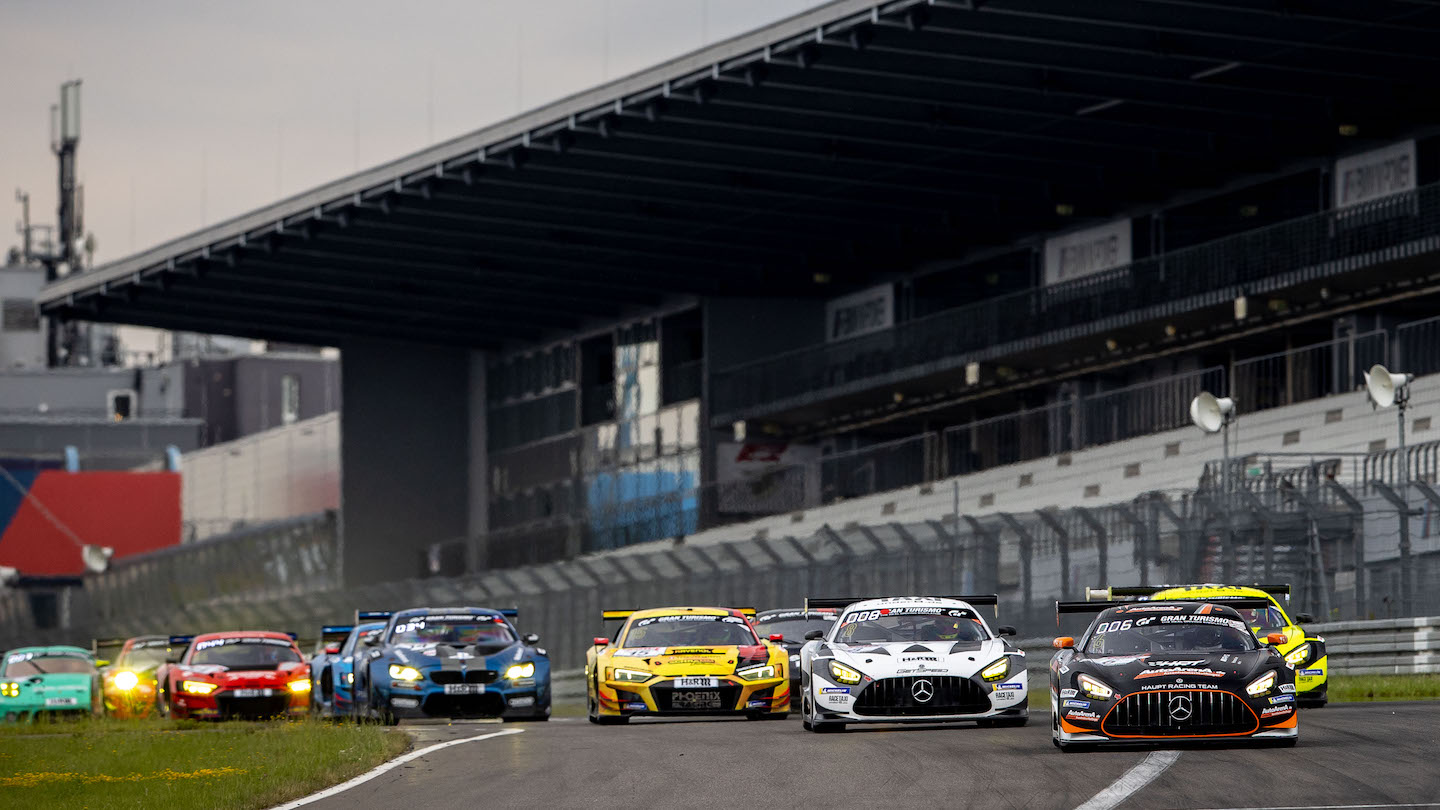 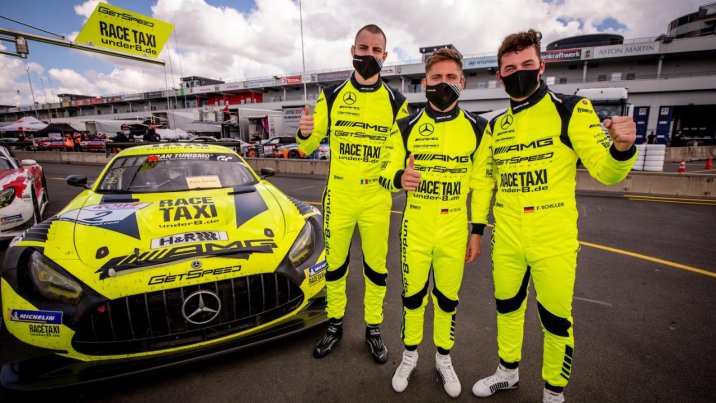 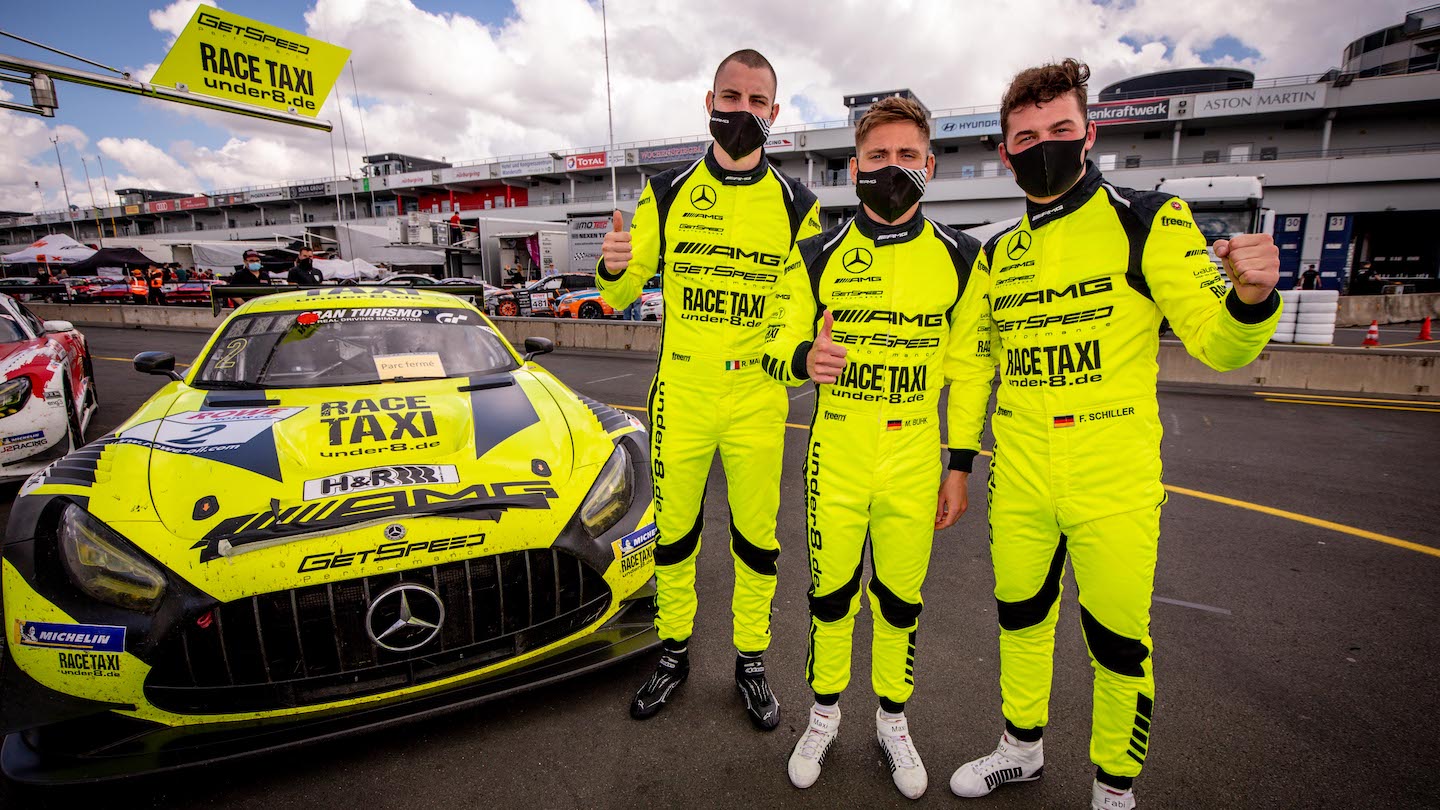 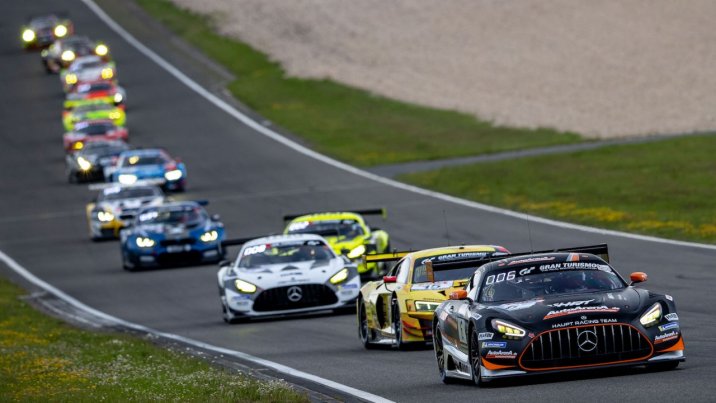 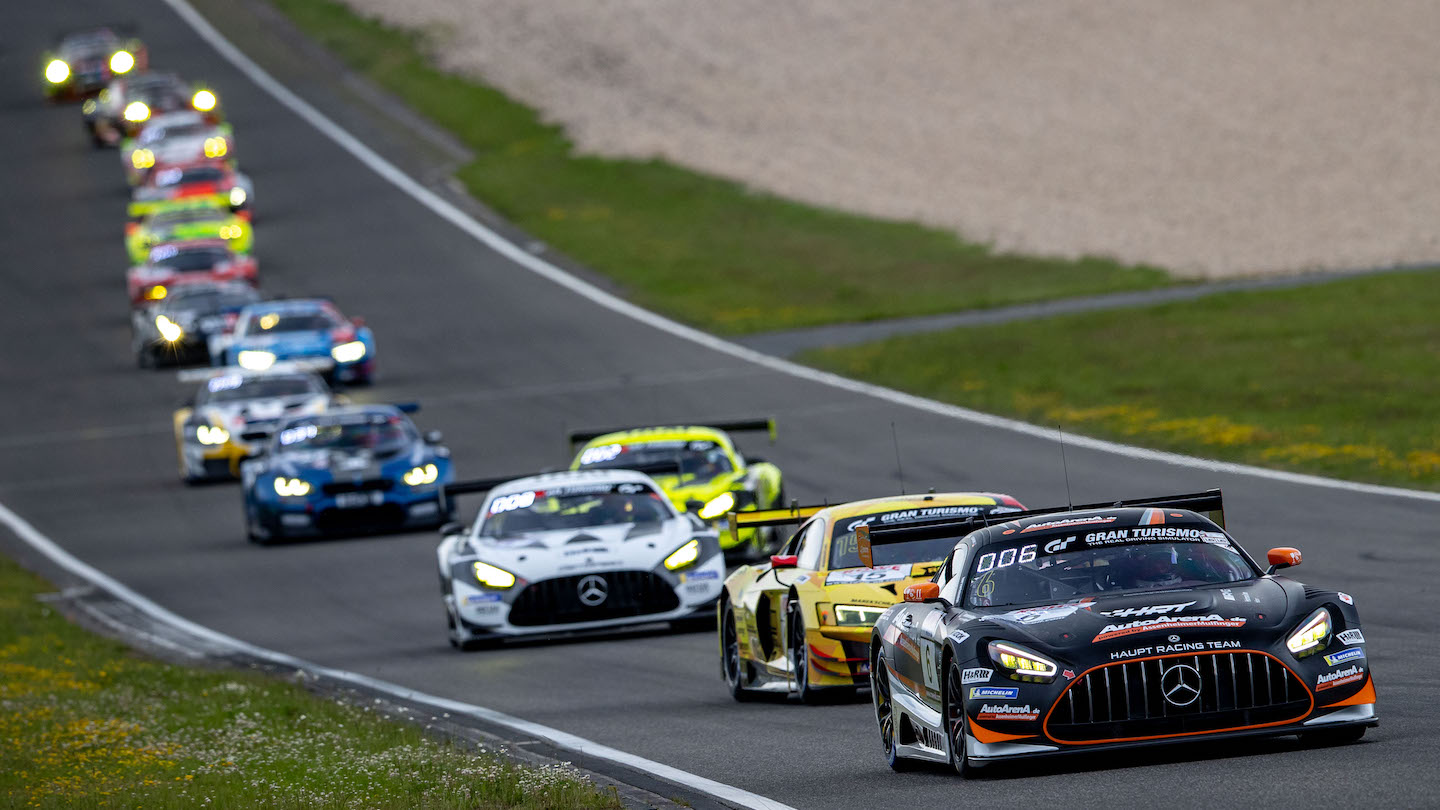