Races being cancelled or postponed all over the world hardly left any room for reliable planning of Mercedes-AMG’s GT racing programme so far. However, with the first round of the Nürburgring Endurance Series (NLS) coming up on 27th June and further newly scheduled race events, the first steps have been determined: for the remainder of the season, the focus for Mercedes-AMG Motorsport Customer Racing is on the Nürburgring-Nordschleife, the venue that is closely connected with the DNA of the performance and sports car brand from Affalterbach, both in terms of historic racing achievements and because of numerous test and validation sessions. The schedule includes the currently planned eight NLS rounds as well as the highlight, the 24-hour race at the Nürburgring. Another important element is the GT World Challenge Europe with the 24-hour race at Spa-Francorchamps. In the ADAC GT Masters, Mercedes-AMG Customer Racing also has high-quality motor racing professionals in its line-up.

“Everybody loves what has been tested at the Nürburgring,” is a famous saying in Germany that is still valid today: be it production cars or the latest generation of GT machinery from Affalterbach, they all have their development programme in the German Eifel region and are regularly subject to intensive testing at the Nürburgring-Nordschleife. Not in the least since the historic quadruple victory in the 24-hour race in 2016, the legendary race track in the Eifel has been closely connected to Mercedes-AMG’s competition history. In the remainder of the 2020 season, the ‘Green Hell’ will again become the most important track on the compact Customer Racing calendar. For the Nürburgring Endurance Series (NLS) and the 24-hour race, two Customer Racing teams with extended support from Mercedes-AMG Customer Racing have been planned: firstly, GetSpeed Performance with its drivers Maximilian Buhk, Maximilian Götz, Raffaele Marciello and Fabian Schiller and secondly, HRT (HAUPT RACING TEAM) with a total of three Mercedes-AMG GT3s. The team, newly founded by Hubert Haupt, who has enjoyed major success as a driver with Mercedes-AMG in recent years himself, has Sean Paul Breslin on board as a team principal with a vast experience in GT3 racing. After ten successful years, BLACK FALCON is pulling out of professional GT3 racing at the Nordschleife and in the SRO series and will be focussing on worldwide customer sport activities in the future, among others with the Mercedes-AMG GT3 and GT4.

HRT will, as currently planned, be running a Mercedes-AMG GT3 with the strong driver quartet of Adam Christodoulou, Maro Engel, Manuel Metzger and Luca Stolz for the NLS season. Drivers of the other two GT3 race cars will be Nico Bastian, Yelmer Buurman and team owner Hubert Haupt as well as Patrick Assenheimer, Dominik Baumann, Dirk Müller and Maro Engel, the latter being a double starter. Due to date clashes with other race series, changes to the line-up can be made at short notice according to the situation. However, it is a fact that exactly these driver combinations are eager to present themselves as serious contenders for victory in the scheduled season highlight that is the Nürburgring 24-hour race (24th-27th September).

For the NLS season opener on 27th June, the majority of the racing professionals had the chance to intensely occupy themselves with the track in the Eifel by participating in the virtual races of the Digital Nürburgring Endurance Series. In the process, drivers with the Mercedes-AMG GT3 scored the maiden win for Mercedes-AMG in the fifth round of the DNLS: after three hours of racing, Philip Ellis and Jack Sedgwick claimed the overall victory for MANN-FILTER Team HTP-WINWARD. In the standings of the virtual race series, the teams with the Mercedes-AMG GT3 are currently in second (MANN-FILTER Team HTP-WINWARD) and third (Team Heusinkveld) position and are eager to make it to the top in the four remaining races.

Like in previous years, the 24-hour race at Spa-Francorchamps is likely to be the second major highlight in the real-world racing programme. In the Belgian classic, at least two Mercedes-AMG GT3s will be receiving extended support from Affalterbach, just like in the GT World Challenge Europe rounds. The drivers who will be competing for points on behalf of the Mercedes-AMG Team HRT are Vincent Abril, Maro Engel and Luca Stolz. The Mercedes-AMG Team AKKA ASP with the trio of Timur Boguslavskiy, Felipe Fraga and Raffaele Marciello not only intends to defend the Sprint Cup teams’ title, but also have a shot at the overall GT World Challenge Europe crown. The French team plans to run three Mercedes-AMG GT3s each in the Endurance Cup and the Sprint Cup.

In the ADAC GT Masters, Mercedes-AMG customer teams are planning to be racing with Mercedes-AMG GT3s with strong line-ups, relying, among others, on professional racing drivers Maximilian Götz and Raffaele Marciello (HTP WINWARD Motorsport) as well as Maro Engel and Luca Stolz (Toksport WRT). The plan is for the ‘super sports car league’ to get its season underway at the Lausitzring from 31st July-2nd August. At least five Mercedes-AMG GT3s from HTP WINWARD Motorsport, Toksport WRT and Zakspeed will be on the grid.

Stefan Wendl, head of Mercedes-AMG Customer Racing: “We are really delighted and we thank the organisers for bringing motorsport back on the race track thanks to corresponding hygiene concepts and in co-operation with the authorities. During our planned activities, we will do everything to ensure that these restrictions will be adhered to and implemented in the best possible way. Health and safety of our employees, customers and everyone involved has the highest priority. Even though the majority of the races will be held without media representatives and fans on-site, it is an important step back to normality. At the end of June, there will be the long awaited first round of the Nürburgring Endurance Series. For the year of our tenth anniversary, we will shift the focus of our programme with extended support for teams and drivers to the Nordschleife. Here, eight NLS rounds and the highlight that is the 24-hour race have been planned. Moreover, we intend to make our extended support available for the 24 Hours of Spa with the GT World Challenge Europe. We are delighted to get going again together with our teams and drivers! I am particularly happy that Hubert Haupt is now getting even closer to the AMG Motorsport family with his new team HRT. At the same time, I would like to thank the BLACK FALCON team for the long-standing and very successful partnership as a Performance Team.”

Maro Engel, Mercedes-AMG brand ambassador: “I can hardly wait for the action to start again soon, especially as I have an absolute top programme ahead of me this season. Like every year, the 24-hour race at the Nürburgring together with the NLS rounds is an undisputed highlight. So are the 24 Hours of Spa together with the GT World Challenge Europe where we will be in full attack mode again after just having missed out on the championship last year. And after the two test runs in the ADAC GT Masters last year, I have now been given the opportunity to embark on a full-season campaign with Toksport WRT. That is fantastic. Here, I would also like to thank the organisers for making it possible to still hold the races in the second half of the year thanks to their concepts and efforts while having managed to avoid clashes in the two European top series GTWCE and ADAC GT Masters at the same time. Huge thanks also to Mercedes-AMG and the Customer Racing Teams for allowing me this great programme while remaining loyal to each other in these times. Ties in the Mercedes-AMG Motorsport family have become even closer in this challenging situation. I am really looking forward to seeing everyone involved at the race track and finally getting back behind the wheel!” 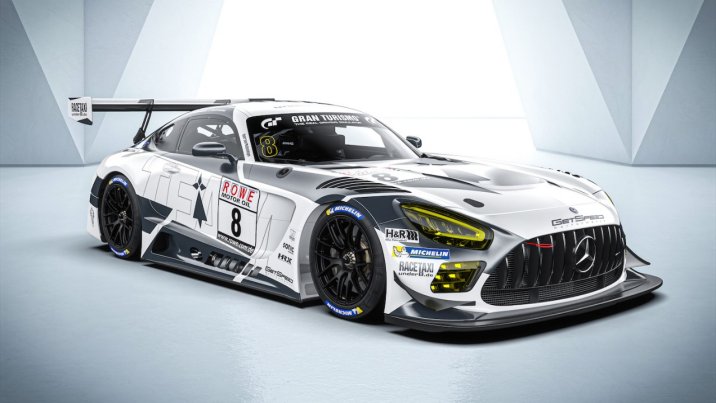 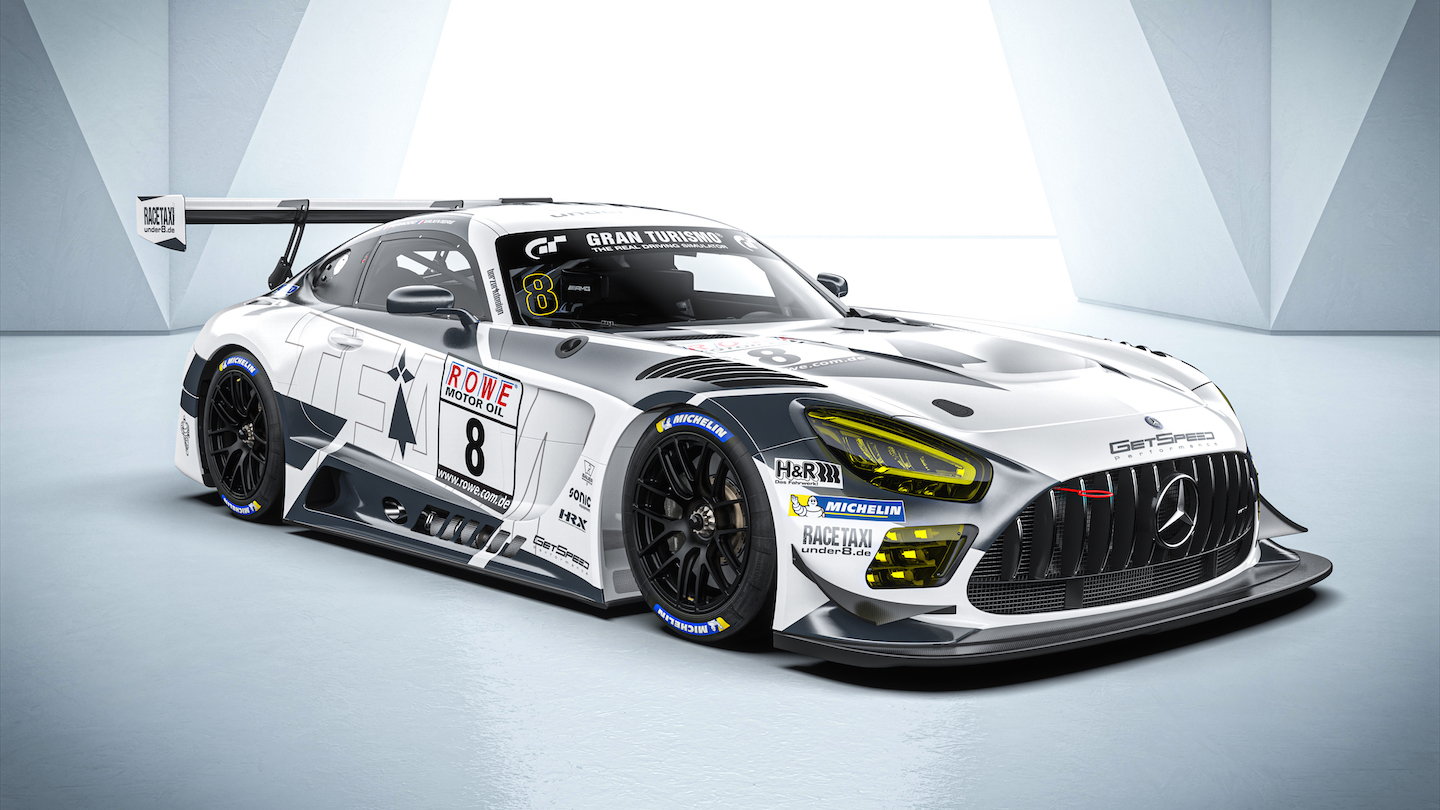 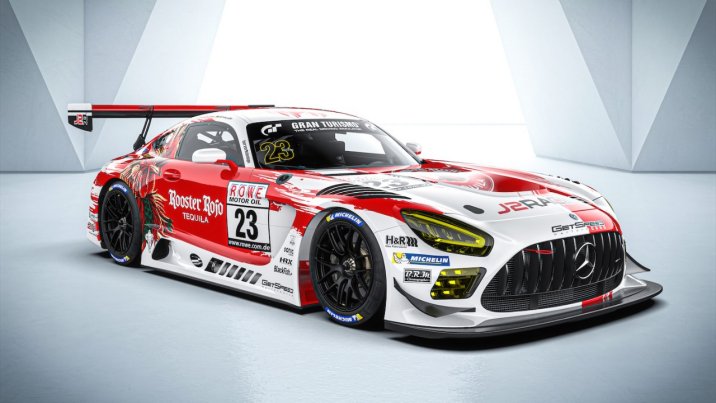 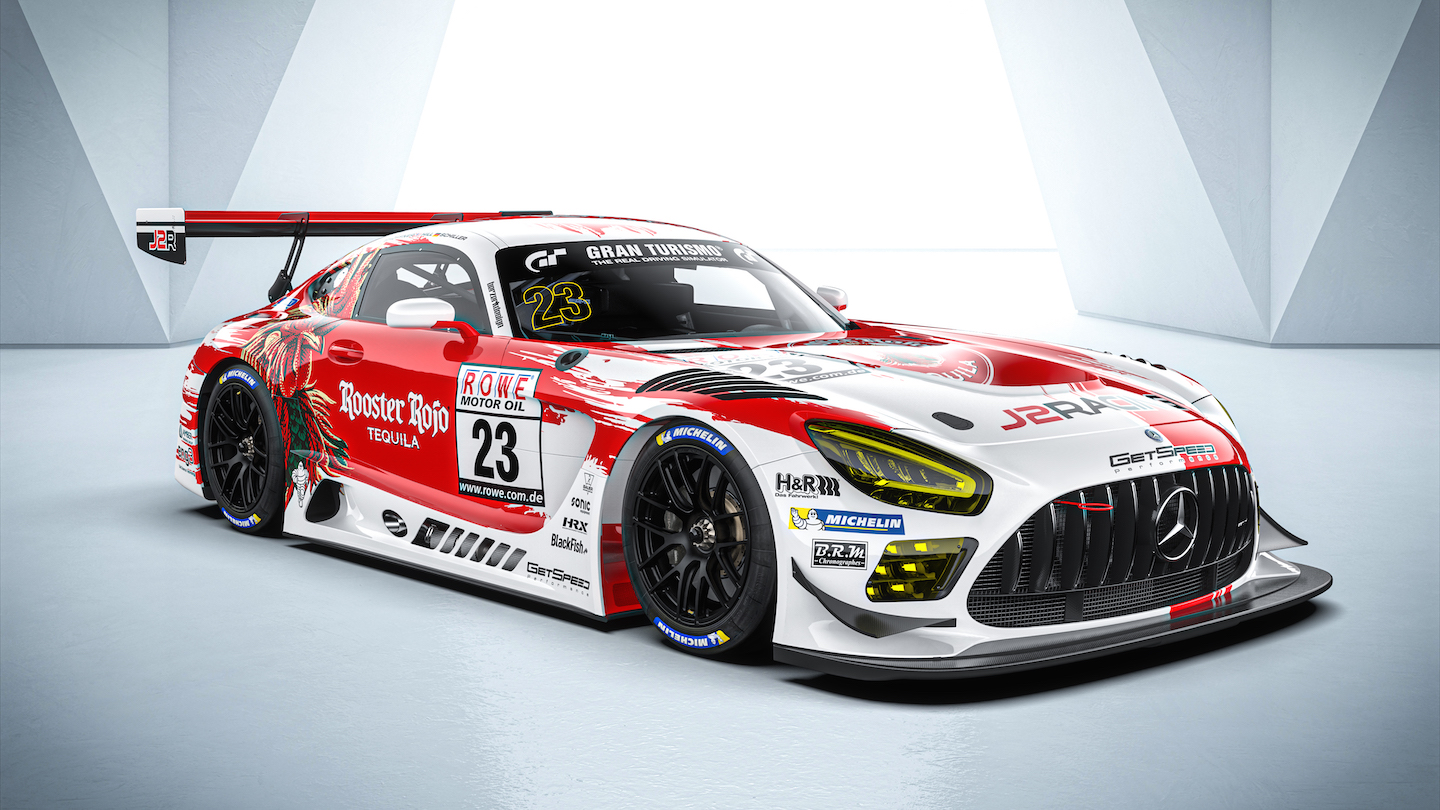 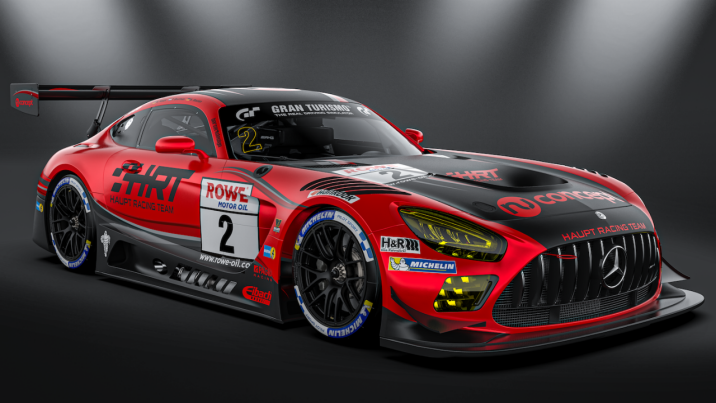 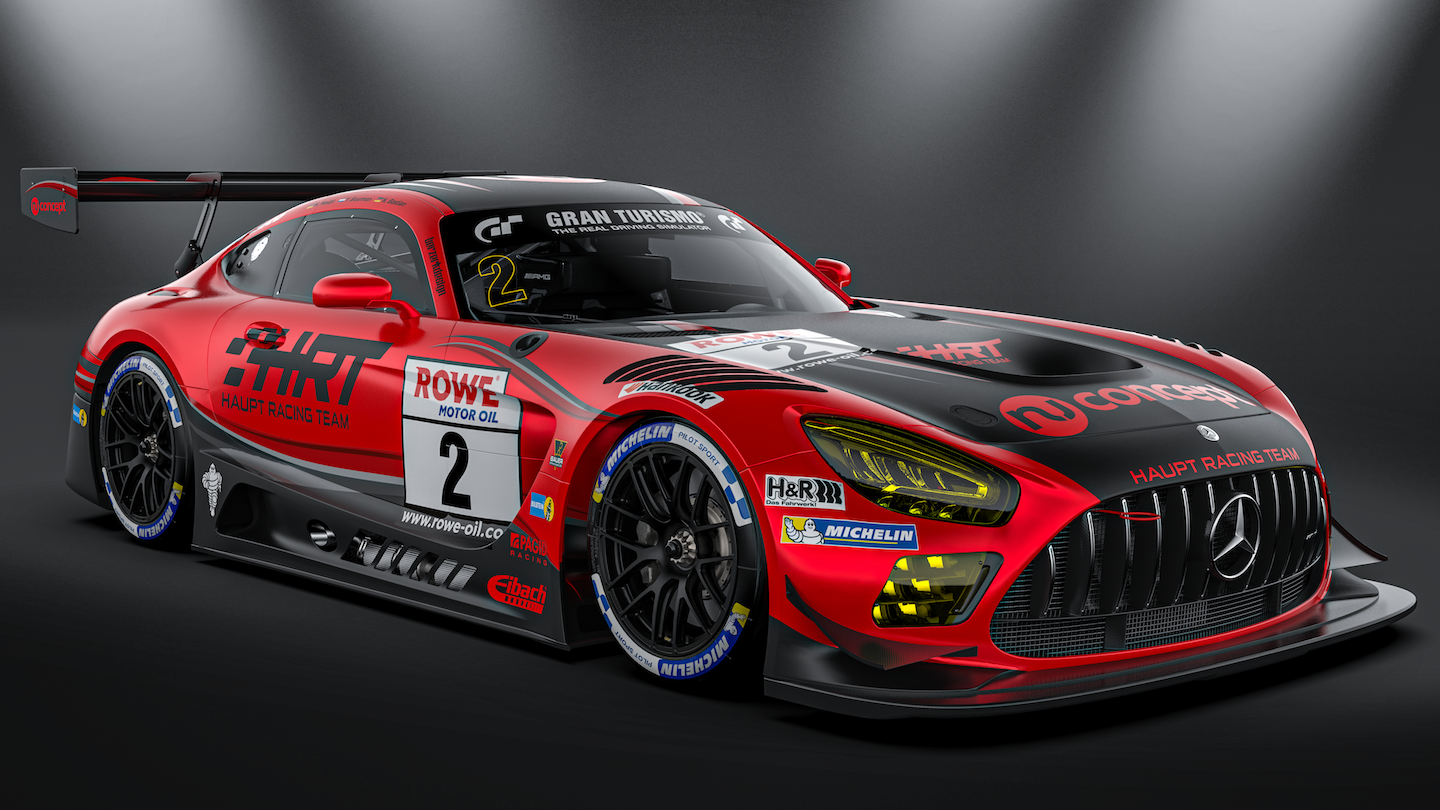 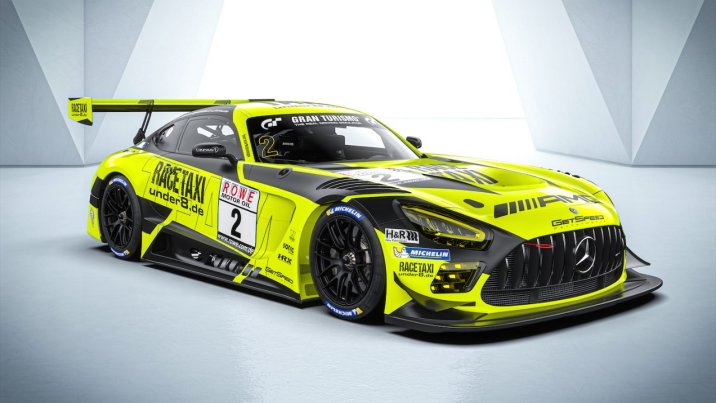 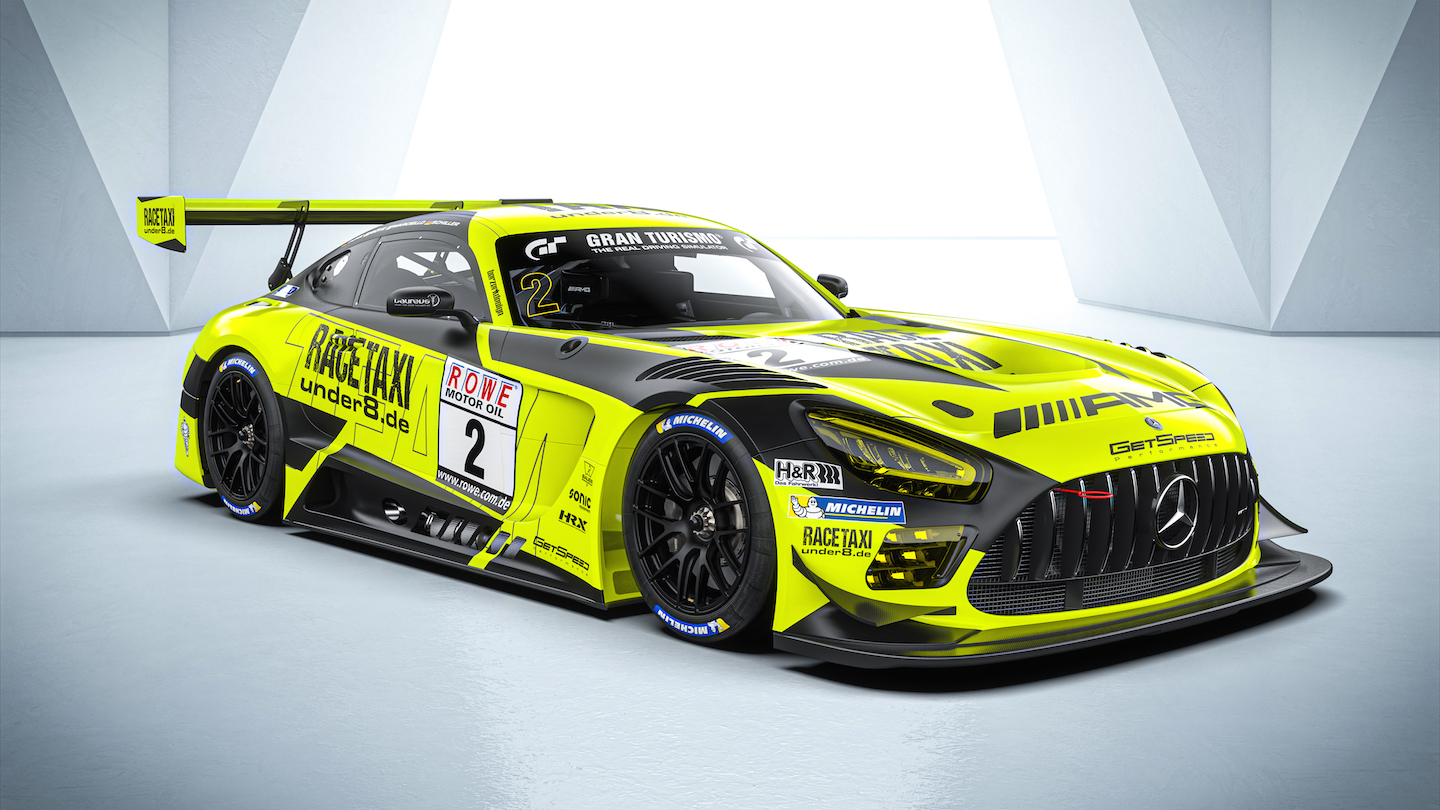 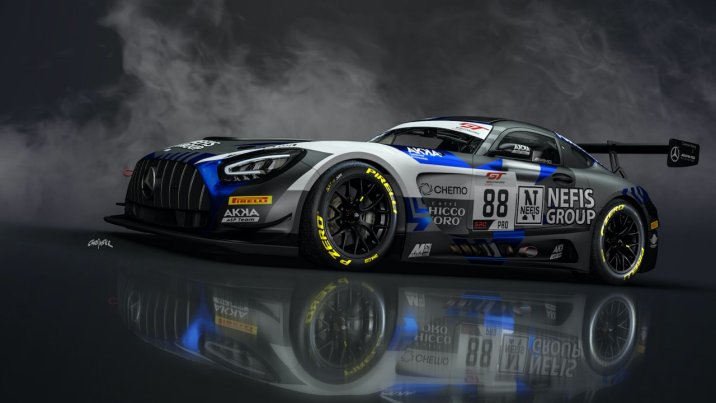 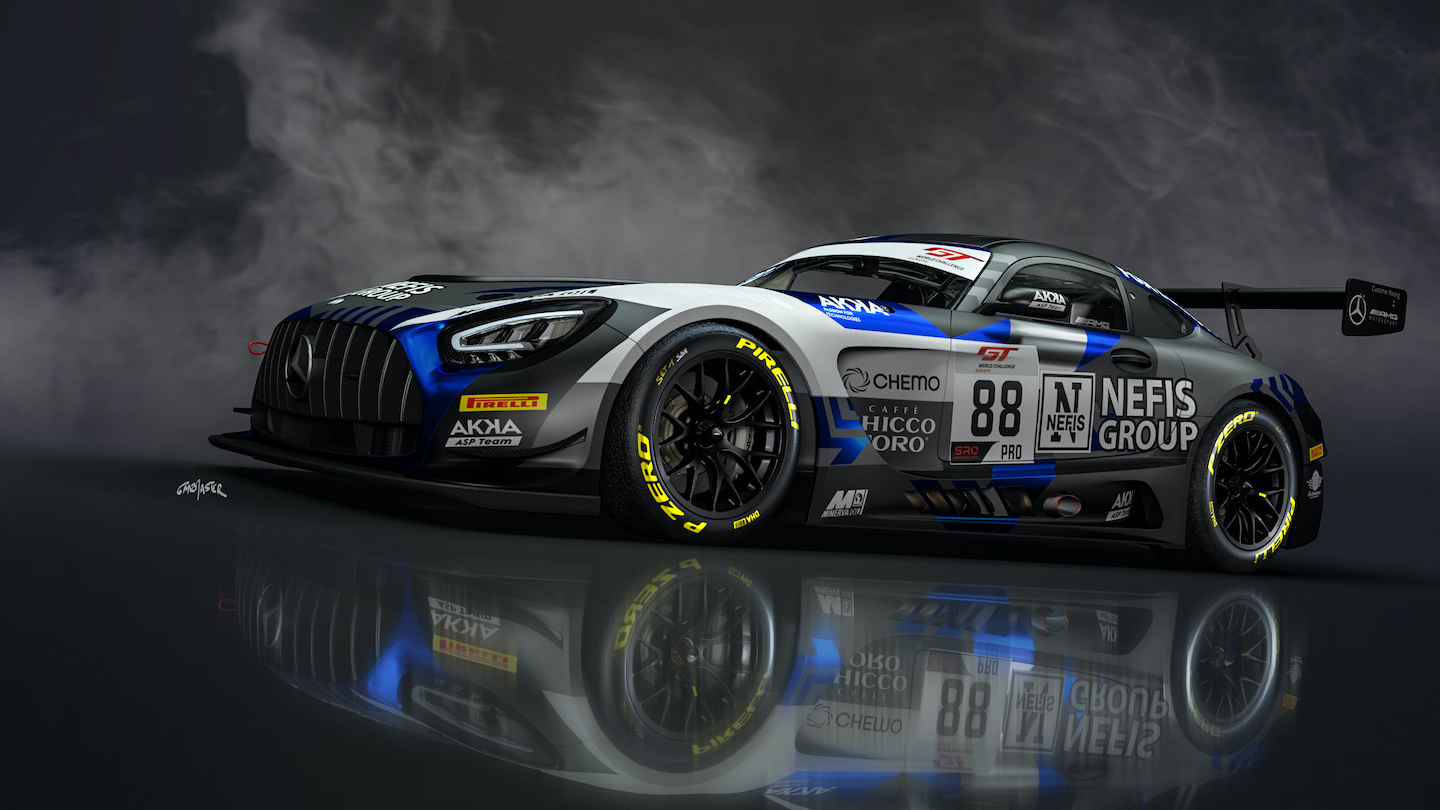 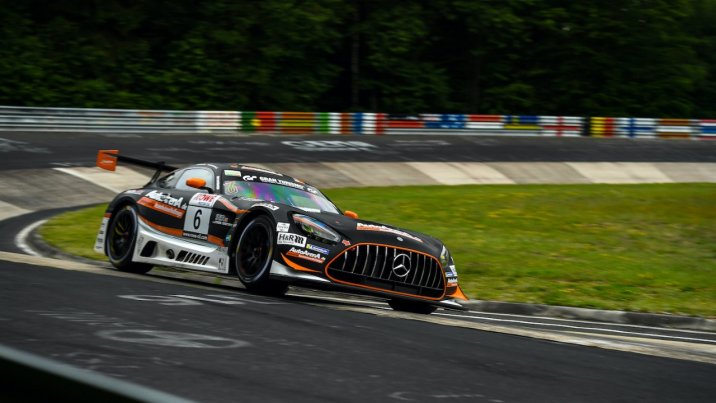 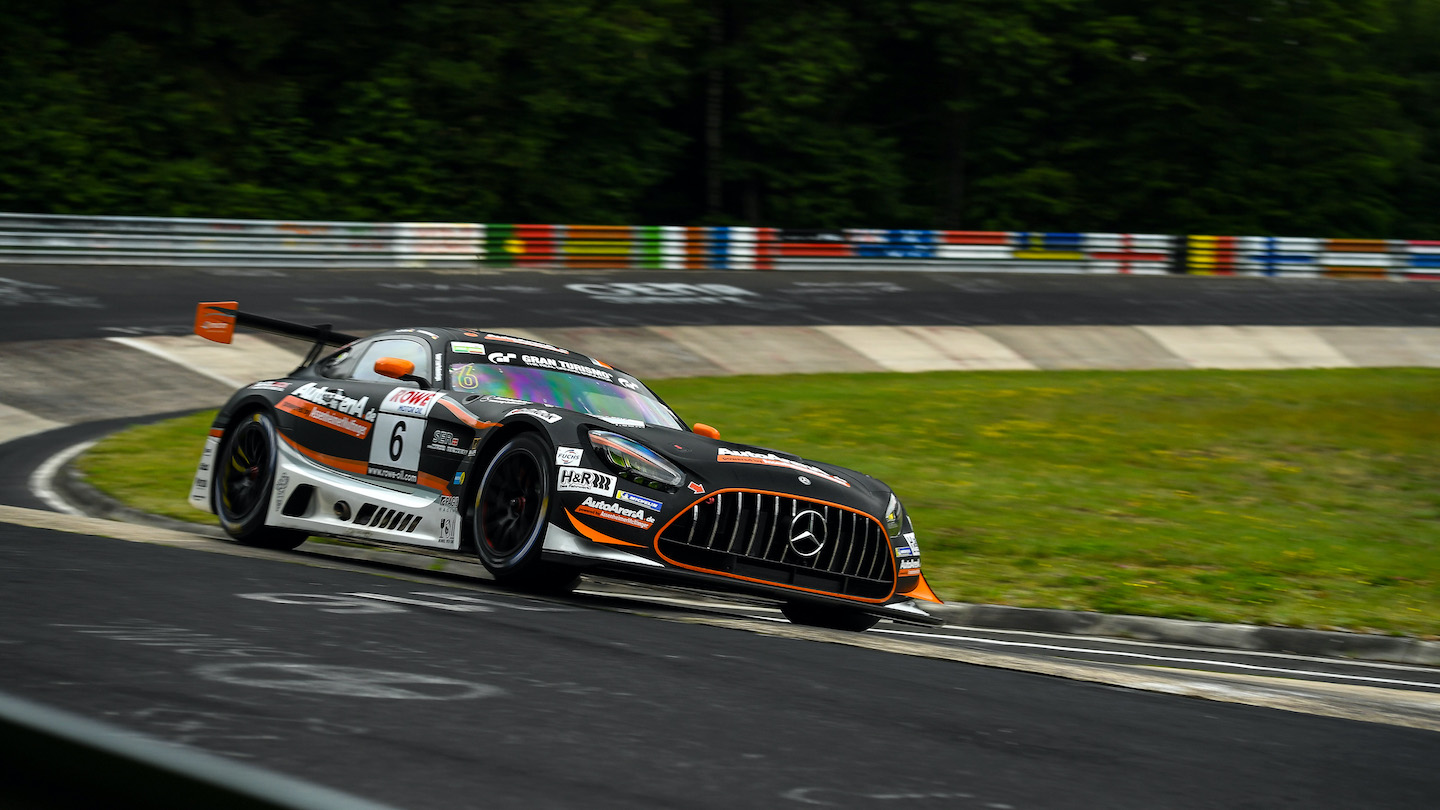