Season highlight in the ‘Green Hell’

Mercedes-AMG heading to the Nürburgring 24-hour race with a strong line-up and as leaders in the manufacturers’ standings. 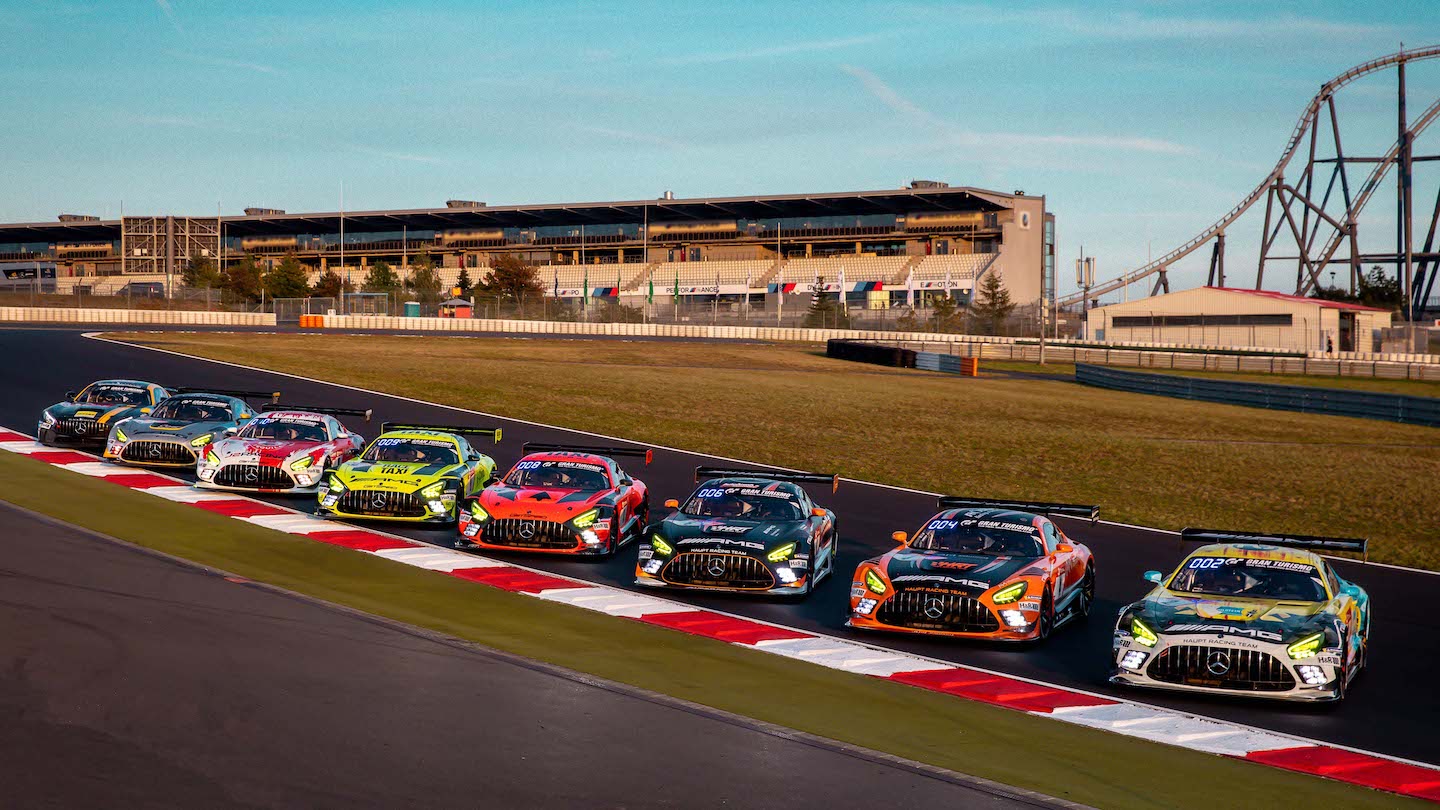 With a high-class driver line-up, Mercedes-AMG Motorsport will be taking on this year’s 24-hour race at the Nürburgring (24th-27th September). Preparation at the Nordschleife was promising from the perspective of the performance and sports car brand from Affalterbach: five rounds of the Nürburgring Endurance Series (NLS) resulted into a pair of overall wins and four additional podium results – expectations for the marathon event at the legendary circuit in the Eifel are accordingly high. In total, there will be seven Mercedes-AMG GT3s on the grid for the 48th running of the classic race, four of them competing as Performance Teams with extended works support. One Mercedes-AMG GT4 rounds out the strong Mercedes-AMG Motorsport contingent.

From 24th until 27th September, the ‘Green Hell’ is in the centre of the attention: with the 48th running of the ADAC TOTAL 24h-Rennen Nürburgring, one of the season highlights in international GT3 competition is imminent. Due to the current covid-19 situation, the situation for this year’s race will be different. For instance, the field is considerably smaller than in previous years while a comprehensive hygiene and infection protection concept is in place. One of the elements of this concept, unfortunately, is for the event to be held without the presence of spectators along the track. However, the extraordinary circumstances made the motorsport fraternity close its ranks: for the benefit of the sport and this extraordinary race event, the organiser, the promoter and the manufacturers including Mercedes-AMG all joined forces to create a common fund to curb the increased economic risk. The collective effort ensures that the race can be held and allows for the numerous fans to follow the race from home, live, in full and from numerous camera perspectives (live stream of the event at customerracing.mercedes-amg.com).

For Mercedes-AMG Customer Racing, the 24-hour race at the Nürburgring is closely connected to its own ten-year success story. So far, AMG’s track record includes a total of two overall wins (2013 and 2016) and nine further podium results. The overwhelming quadruple victory in the 2016 24-hour race marks the biggest single-race success in history of the Customer Racing Programme to date. In 2020, the anniversary year of the global programme, the defined goal is to continue this success story. The signs are good: thanks to a convincing preparation phase, the Customer Racing Teams have plenty of momentum as they are heading for the Nordschleife. In the five rounds of this year’s Nürburgring Endurance Series held so far, the Mercedes-AMG GT3s already racked up two overall victories and four podium finishes at the legendary circuit in the Eifel. As a result, Mercedes-AMG is currently leading the Nürburgring Manufacturer Championship standings.

In the 24-hour race, a total of seven Mercedes-AMG GT3s will feature in the field of 103 cars. Four of them will be competing with extended works support. Three of these so-called Performance Cars have been entered by Haupt Racing Team that was founded in June: while Adam Christodoulou (GBR), Maro Engel, Manuel Metzger and Luca Stolz (all GER) will be alternating behind the wheel for Mercedes-AMG Team HRT (#4), the sister car with starting number 2 will have Nico Bastian (GER), Yelmer Buurman (NED), Philip Ellis (SUI) and team owner Hubert Haupt (GER) as its drivers. The third car is running under the Mercedes-AMG Team HRT AutoArenA (#6) banner with a driver line-up that is by no means less prominent: Maro Engel, who is a double starter, will be sharing driving duties in the #6 car with Patrick Assenheimer, Dirk Müller (both GER) and Dominik Baumann (AUT).

GetSpeed Performance is running the fourth works-supported Mercedes-AMG GT3. With Maximilian Buhk, Maximilian Götz, Fabian Schiller (all GER) and Raffaele Marciello (ITA) as the drivers of the #9 car, Adam Osieka’s team can also have justified hopes of achieving a top result. Additionally, the campaign by the team from Meuspath consists of two Customer Racing cars: while Emanuel Collard, François Perrodo, Matthieu Vaxivière (all FRA) and Christer Jöns (GER) will be alternating in the Mercedes-AMG GT3 with starting number 8, Markus Palttala (FIN), Janine Shoffner (GBR), John Shoffner (USA) and Maxime Soulet (BEL) are the drivers of the #10 entry. The GT3 of the 10Q Racing Team, meanwhile, acknowledges the tenth anniversary of Mercedes-AMG Customer Racing: the car with starting number #22 is carrying the official anniversary logo and will be driven by Sebastian Asch, Kenneth Heyer, Thomas Jäger (all GER) and Daniel Juncadella (ESP), who already raced in this line-up upon the team’s GT3 debut during the fifth NLS round.

A single Mercedes-AMG GT4 (#38) by Black Falcon Team Textar is rounding out the line-up. The team is still unbeaten this season: all five NLS rounds held so far resulted into class wins in the SP8T category and that, of course, is also the goal for the endurance racing classic.

New for this year’s 24-hour race is the two-part top qualifying format that is to provide even more action. Teams with top results in the NLS rounds held so far get a guaranteed slot for the second shoot-out on Friday evening (TQ2). For Mercedes-AMG Motorsport, the participation of the three GetSpeed Performance cars (#8, #9 and #10) is already certain. The Mercedes-AMG GT3s of the Haupt Racing Team (#2, #4 und #6) and 10Q Racing Team (#22) have qualified for the first round of top qualifying (TQ1) and can secure one of the four slots that are still available for the final shoot-out for pole position by virtue of a good result.

Stefan Wendl, head of Mercedes-AMG Customer Racing: “The fascination that surrounds the Nürburgring 24-hour race is there for a reason – it is the world’s biggest and probably also toughest race. An undisputed season highlight for us and for everyone involved! In spite of the considerably smaller field of participants, we are again represented with seven Mercedes-AMG GT3s this year and we obviously want to build on the podium results from the previous years in which we were always in contention for victory. However, in such a prestigious event, competition is huge, of course, so the battle for positions at the front will be accordingly hard. Already prior to the event, I would like to thank all those involved who have achieved that an event at such a scale can be held thanks to according hygiene concepts and coordination with the authorities given the current situation. We wish all the drivers and teams good luck and success!”

Maro Engel, AMG brand ambassador and driver, Mercedes-AMG Team HRT (#4) & Mercedes-AMG Team HRT AutoArenA (#6): “Of course, also in such an extraordinary year, the Nürburgring 24-hour race is an undisputed highlight for everyone of us. We have prepared very meticulously, we have racked up many miles in testing and we were running very successfully for the best part of the NLS rounds held so far. Now, the major goal obviously is to win the race and to bring the overall victory back to Affalterbach after 2013 and 2016. That is what our focus is on. For me personally, it will be a special race as well because I am allowed to race two cars this year. I am looking forward to the co-operation with my six teammates who are all very experienced and super fast. Hopefully, we will then have a reason to celebrate together at the end of the 24 hours through the Green Hell.”

Maximilian Götz, driver, Mercedes-AMG Team GetSpeed (#9): “It will certainly be a 24-hour race as we haven’t experienced before in terms of atmosphere. That is already the result of the fact that there will be no spectators at the track. Normally, thousands of fans are trekking to the Nürburgring for this event. Nevertheless, we have one goal: we want to finish on the podium again and we will do everything to achieve that. In this year’s NLS rounds, we were able to show what we can achieve from a sporting perspective. An interesting aspect will be that the race is starting late and that it is getting dark relatively early at the end of September. This means that a large part of the race will be held in the dark. But here, we are also optimally prepared for the conditions with the new Mercedes-AMG GT3 that has an optimised lighting concept. I am really looking forward to this mega race weekend!” 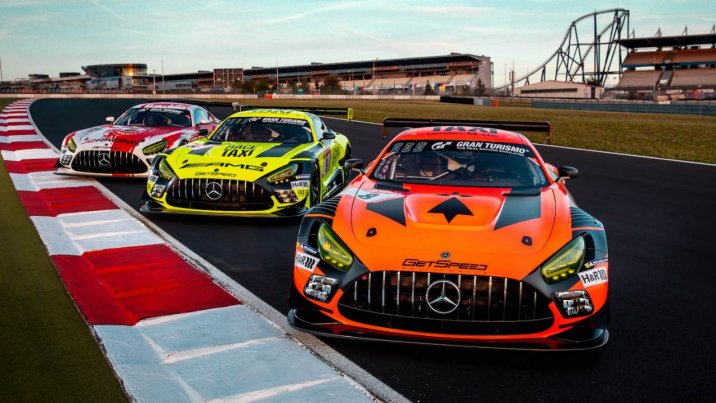 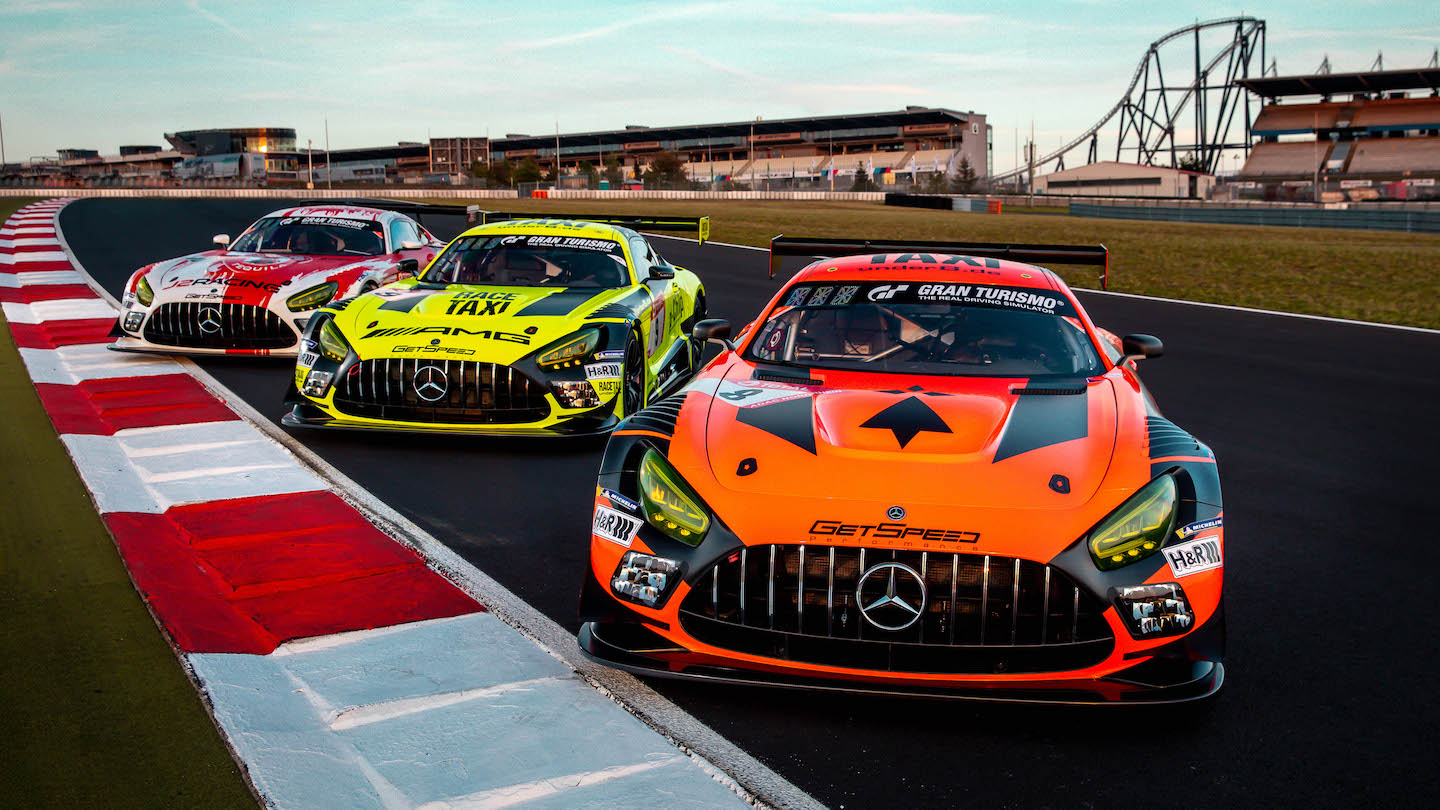 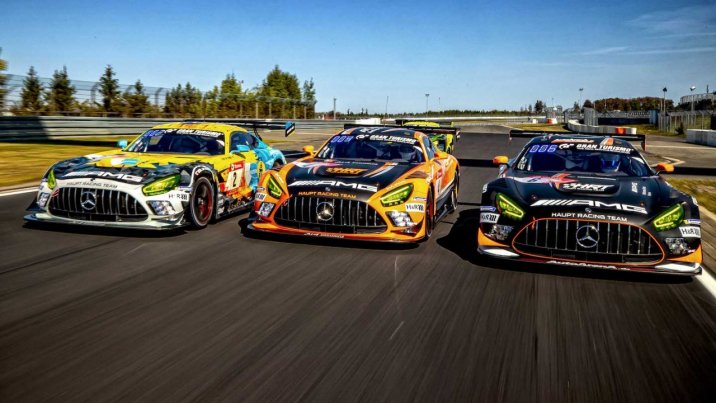 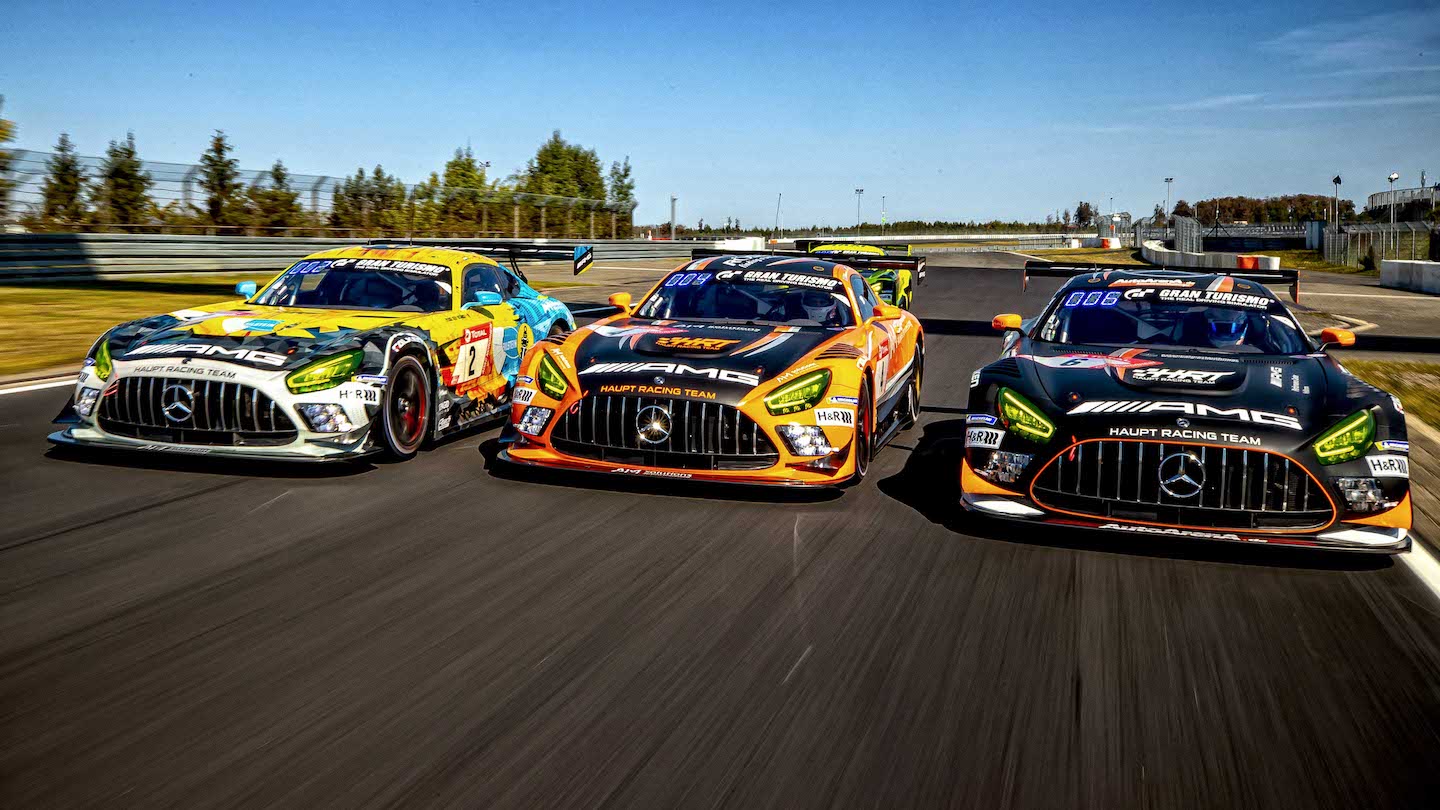 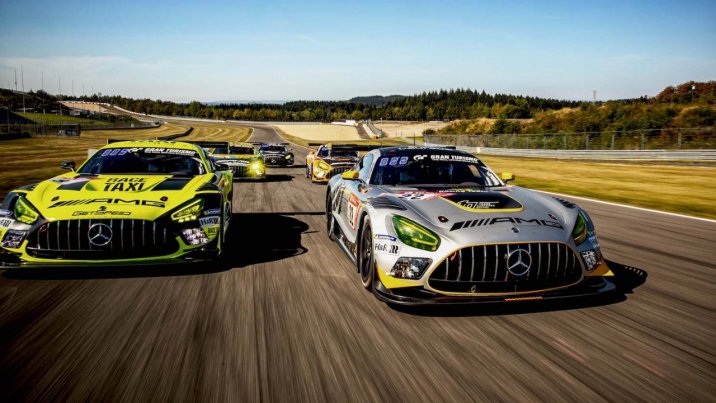 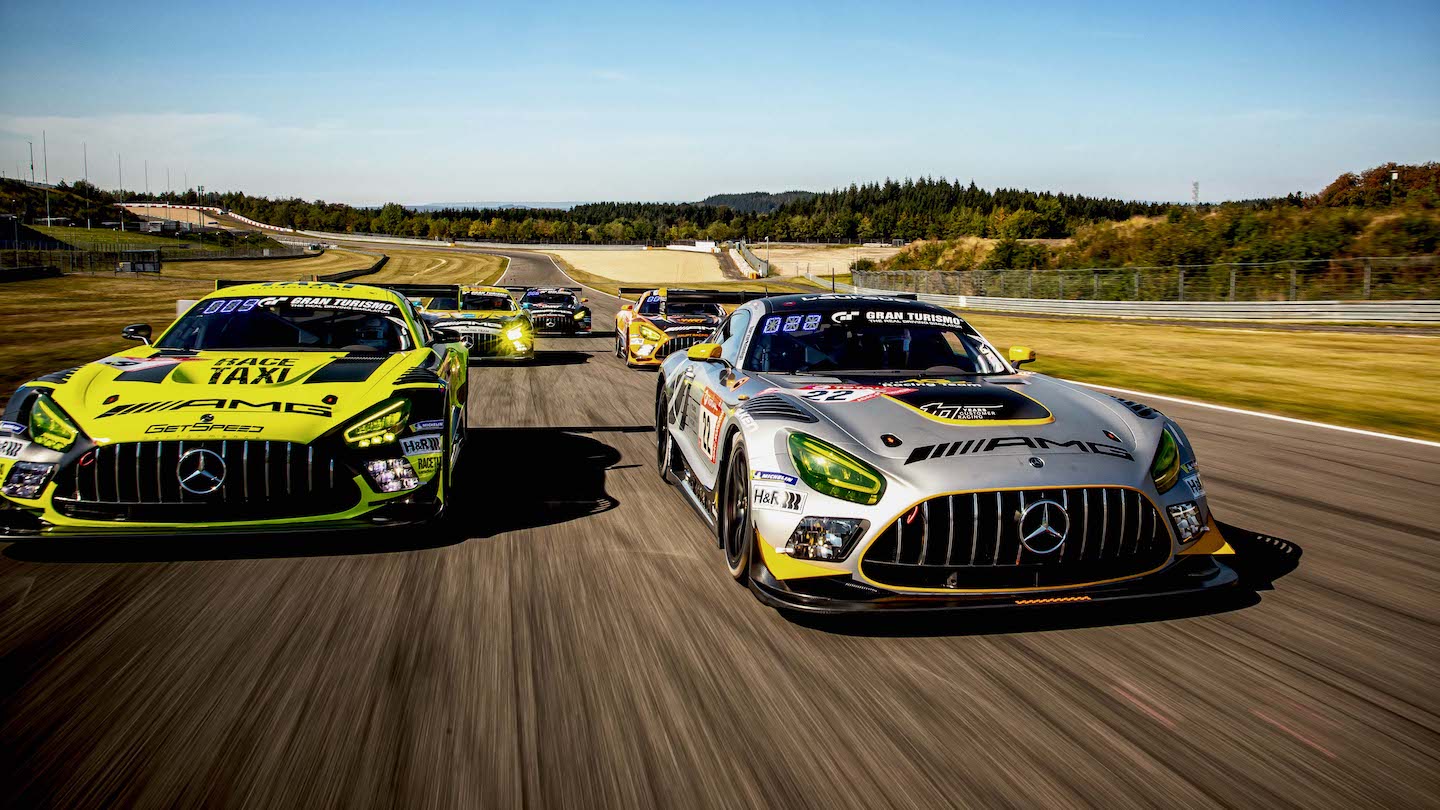 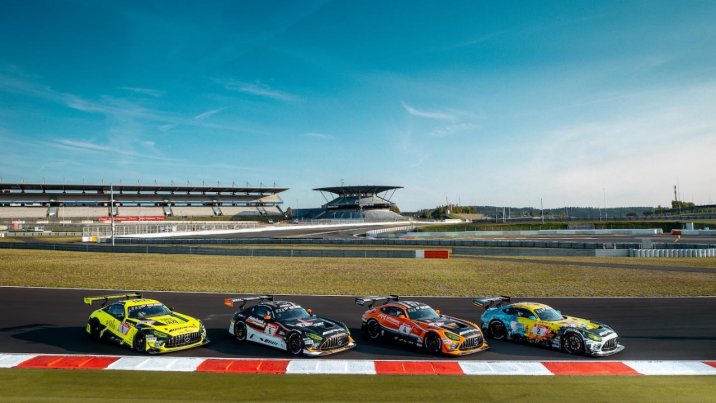 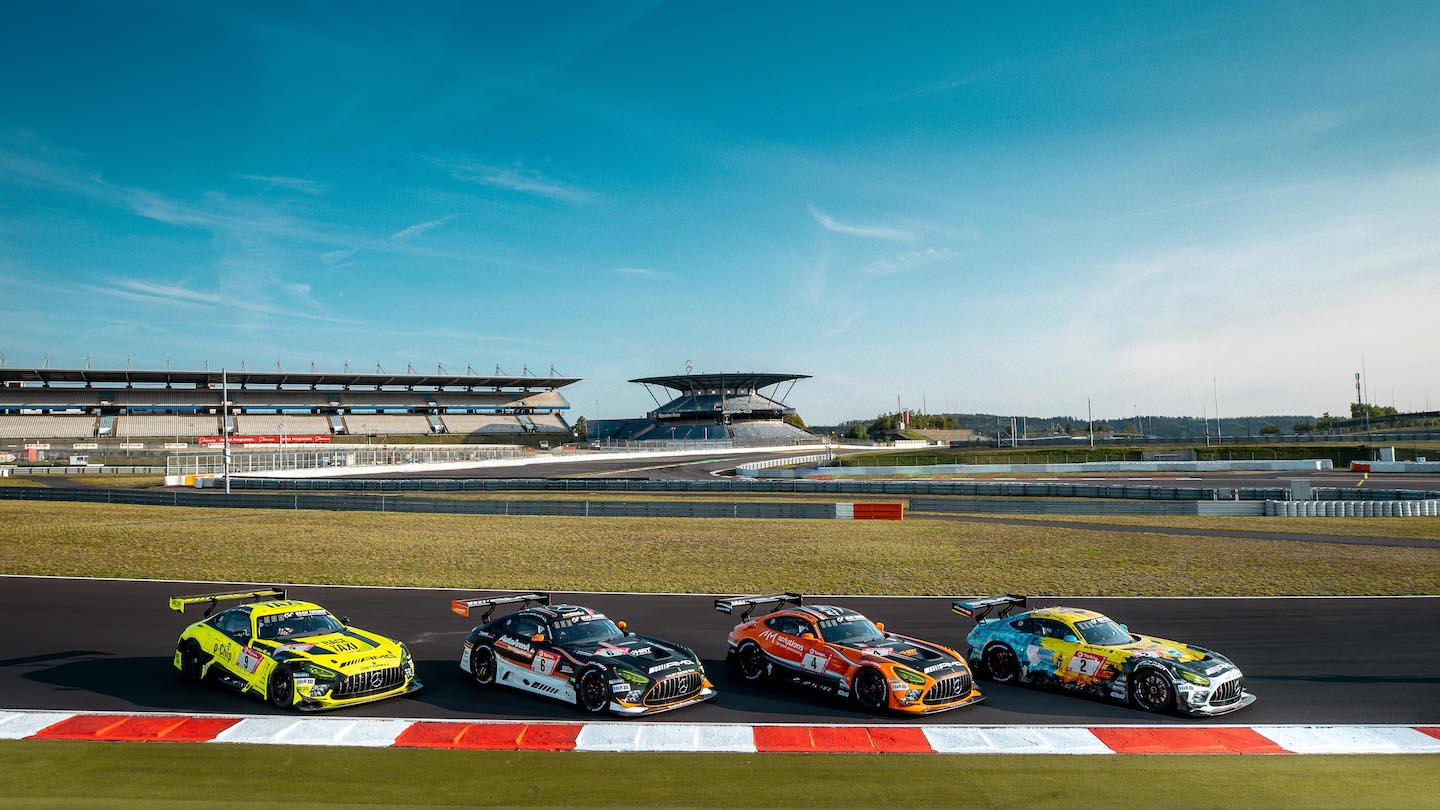 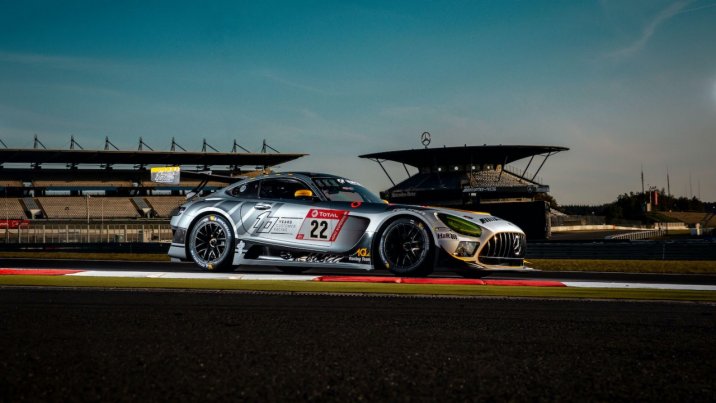 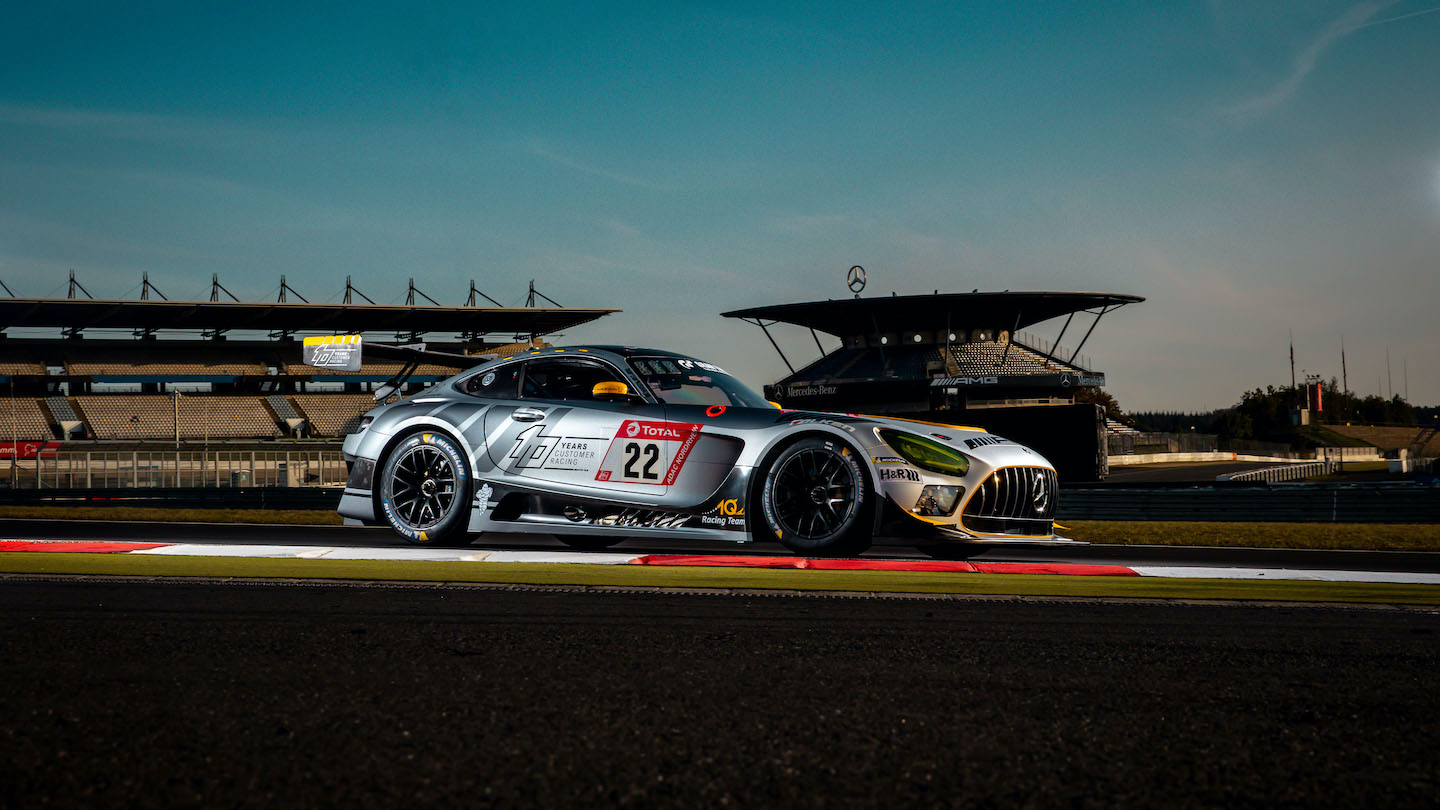 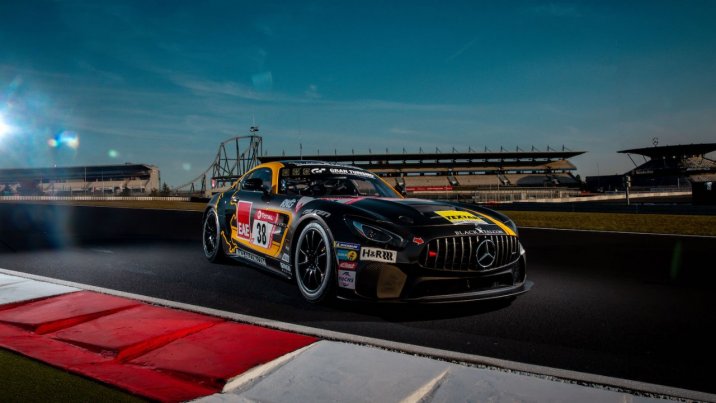 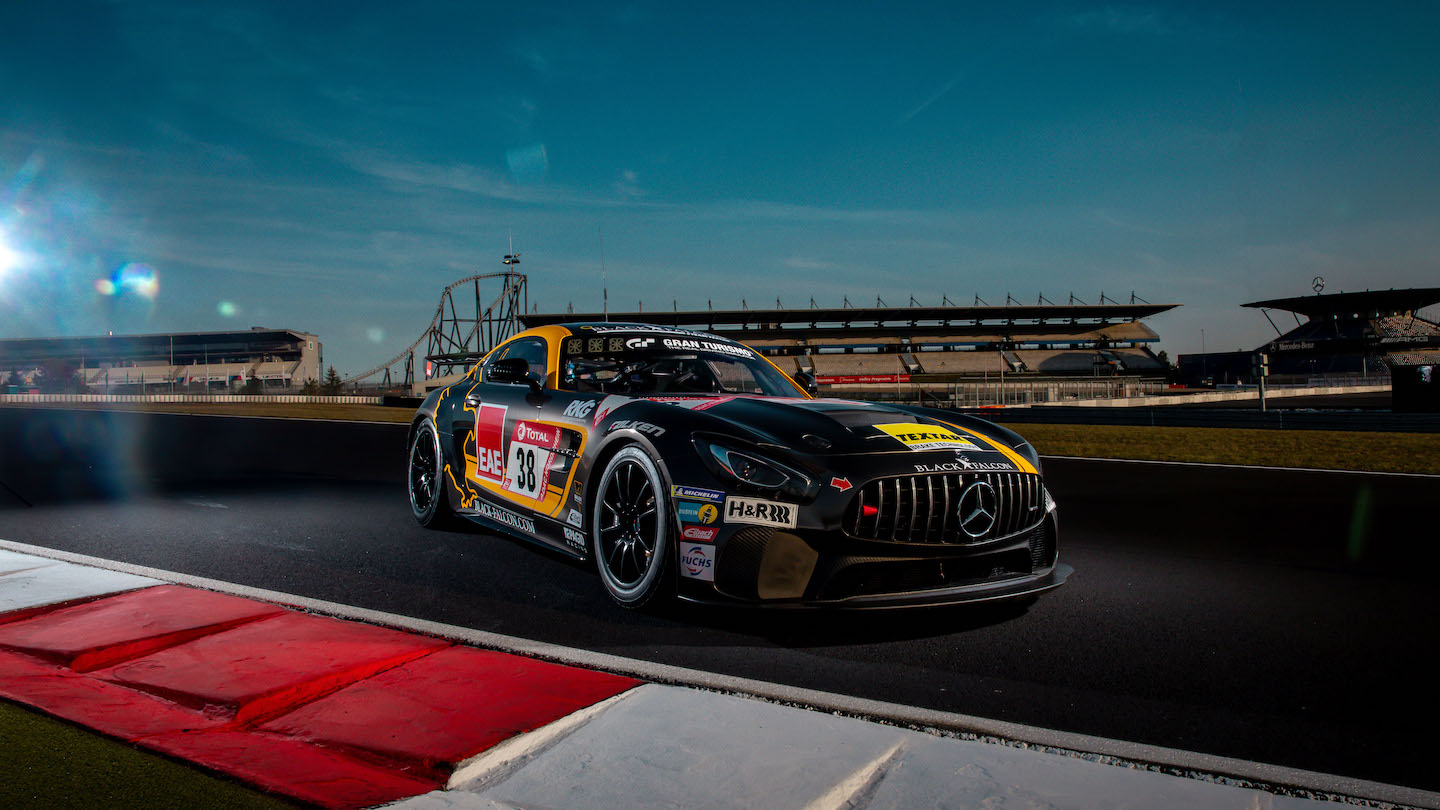