Mercedes-AMG Motorsport continues its successful run in the GT World Challenge Europe powered by AWS. The sprint races at Circuit de Nevers Magny-Cours in France resulted into a victory and a double podium finish for the teams with the Mercedes-AMG GT3s. In the night race on Saturday evening, Maro Engel (GER) and Luca Stolz (GER) came out on top with the #4 HRT Team entry. In the race on Sunday, Raffaele Marciello (ITA) and Timur Boguslavskiy (RUS) finished second with the #88 AKKA ASP Team car while the previous day’s winners Engel and Stolz followed closely behind. In the various classes, the weekend was successful, too: in the Silver Cup, the Toksport WRT team scored a victory and a second place with Juuso Puhakka (FIN) and Oscar Tunjo (COL) while the AKKA ASP Team secured a third-place finish. In the Pro-Am class, the Mercedes-AMG Customer Racing Team SPS automotive performance scored one podium result.

The 4.411 kilometres long Circuit de Nevers Magny-Cours was the venue where the Mercedes-AMG Customer Racing Teams took on the second of four Sprint Cup events of this year’s GT World Challenge Europe powered by AWS this weekend. In an exciting first qualifying, Luca Stolz posted the fastest time of the 23 competing cars with the #4 Mercedes-AMG GT3 of the HRT Team on his last flying lap. Equally commanding as during the shoot-out, the 25-year-old also presented himself in the subsequent night race late on Saturday evening: having started from pole position, he defended his lead and gradually pulled clear during the first laps. Just before the halfway point of the one-hour race, a safety car intervention enabled his rivals to close up again. After the restart, however, Stolz pulled away once again and handed the car to Maro Engel while in the lead: the AMG brand ambassador seamlessly continued this performance and already was able to establish a lead of over ten seconds to the nearest rival until the end of the pit stop window. In the remainder of the race, Engel controlled the field and crossed the finish line after 36 laps as the undisputed winner.

In qualifying for the race on Sunday, the Mercedes-AMG drivers again showed a good performance: Marciello missed out on pole position by the whisker of 0.015 seconds, Maro Engel came within 0.021 seconds from pole position. At the turbulent race start, Marciello defended second place with the #88 car from his fellow Mercedes-AMG driver Engel in the #4 entry. A perfectly timed late change from Marciello to Boguslavskiy saw the #88 AKKA ASP Team car rejoin the race as the leading car. A brief inattention resulted into an off-track excursion for the 20-year-old Russian soon after that, he dropped to second as a result.

Luca Stolz, who had taken over the #4 car from Engel, subsequently put Boguslavskiy under pressure from third place. However, Stolz was unable to mount a decisive challenge until crossing the finish line. After 36 laps, the double podium finish for Mercedes-AMG was in the books: second place for Marciello and Boguslavskiy in the #88 AKKA ASP Team car and third place for the previous day’s race winners Stolz and Engel in the #4 HRT team car. Oscar Tunjo and Juuso Puhakka, meanwhile, again finished in the top ten: their eighth place overall equalled second place in the Silver Cup classification.

With the achievements at Magny-Cours, the Mercedes-AMG Customer Racing Teams and their drivers maintained their good chances in the GT World Challenge Europe season standings. In the overall standings, the duo Boguslavskiy/Marciello is in second place, just ahead of Engel/Stolz in third positions. Both driver pairings managed to reduce the gaps to the points’ leaders at Magny-Cours. In the Sprint Cup standings, Engel/Stolz are second in the standings at the halfway point of the season with a good perspective. The next GT World Challenge Europe will already take place in a fortnight: the Dutch circuit of Zandvoort in the dunes will be hosting the sixth and seventh Sprint Cup races.

Maro Engel, HRT (#4): “At the end of the day, this was a very strong weekend. Many thanks to Haupt Racing Team that prepared a wonderful Mercedes-AMG GT3 for us once more. Driving this car was so much fun! With his first qualifying and pole position, Luca got himself into the perfect situation for the first race. Our victory on Saturday also marked the first international race win for the HRT team, I am really happy with that. As to our third place in the race on Sunday, we certainly had hoped for a little bit more, but we did score some valuable points for the championship.”

Luca Stolz, HRT (#4): “Starting a race from up front is always helpful. In the night race on Saturday, we succeeded perfectly. Literally everything was faultless with a perfect change, so that our lead never really was in danger and Maro was able to drive victory home. In the race on Sunday, I tried to make up one more position during my stint, but I wasn’t able to mount the decisive challenge.”

Raffaele Marciello, AKKA ASP Team (#88): “Our pace in the race on Sunday was really good. On Saturday, we were having some minor issues, but our mechanics really have done an unbelievable job. They were working until 6 this morning and provided us with a top-notch car. In the race, they also executed a perfect pit stop that brought us the race lead for a brief while. Then, Timur had bad luck, such things can happen. We are looking ahead and we will continue to attack.”

Timur Boguslavskiy, AKKA ASP Team (#88): “I am really annoyed about my driver error in the race on Sunday. On Saturday, my performance wasn’t perfect either. I feel sorry for our mechanics in particular, who, as Lello mentioned already, had been working incredibly hard. After some more time, perhaps I can be a little bit happier with today’s second place. We are still in the middle of the season and we will continue to work hard and to do our utmost.”

In the GT4 France, that raced on the support bill of the GT World Challenge Europe at Magny-Cours, there was another victory for a Customer Racing Team: with the #2 Mercedes-AMG GT4 of the CD Sport team, Edouard Cauhaupé und Fabien Lavergne (both FRA) won the race on Saturday. On Sunday, Jean-Luc Beaubelique and Jim Pla (both FRA) secured third place with their  #87 Mercedes-AMG GT4 and finished on the podium for the AKKA ASP Team. 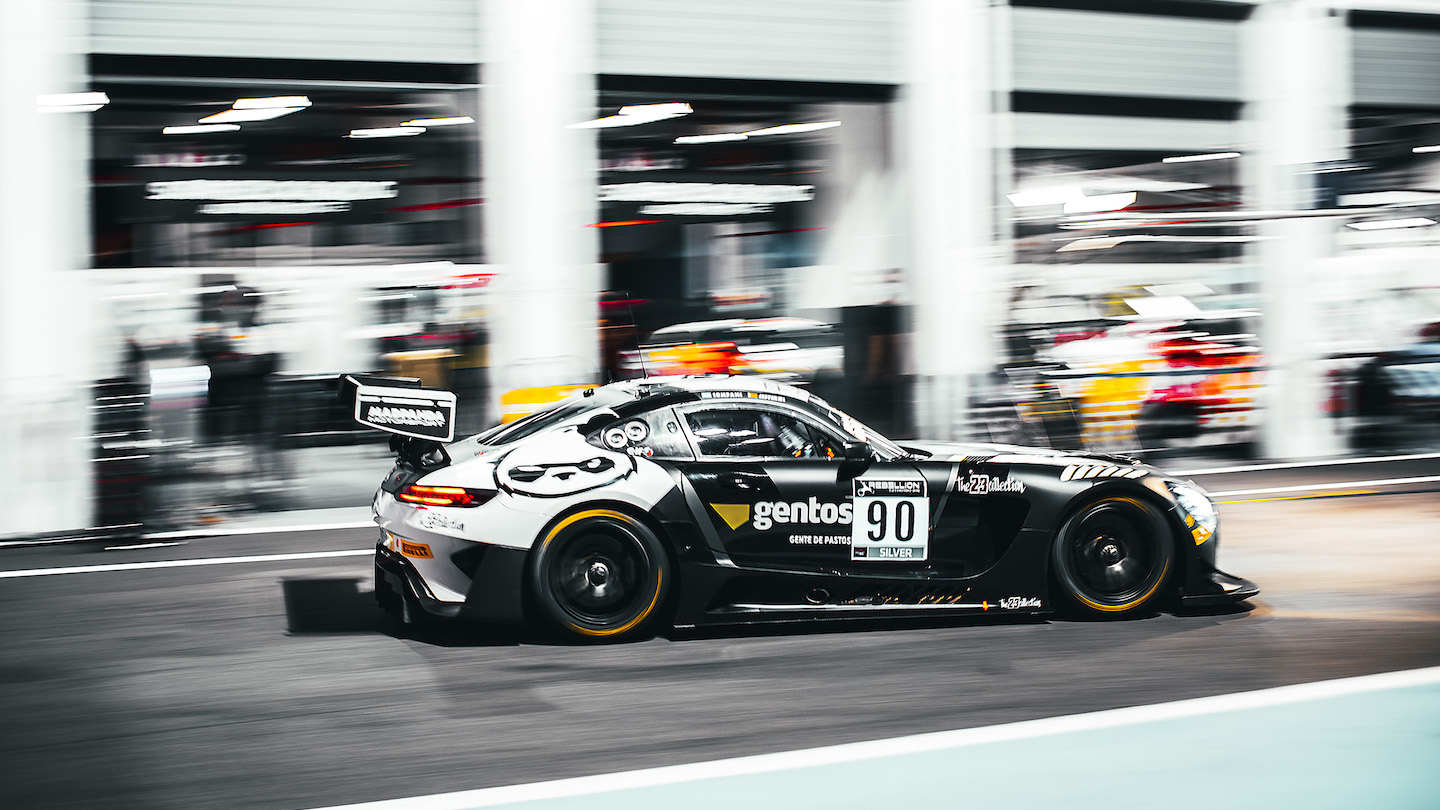 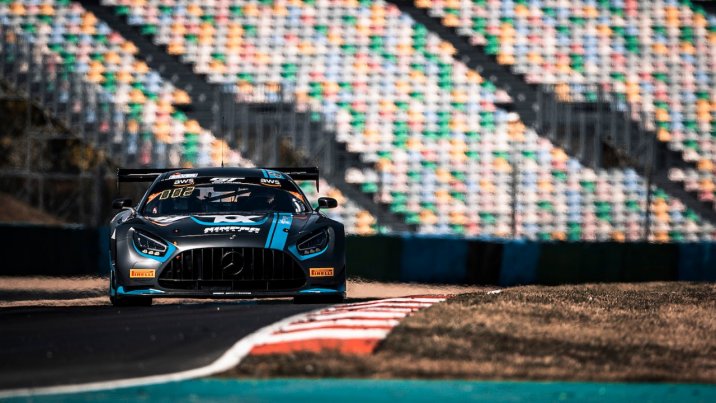 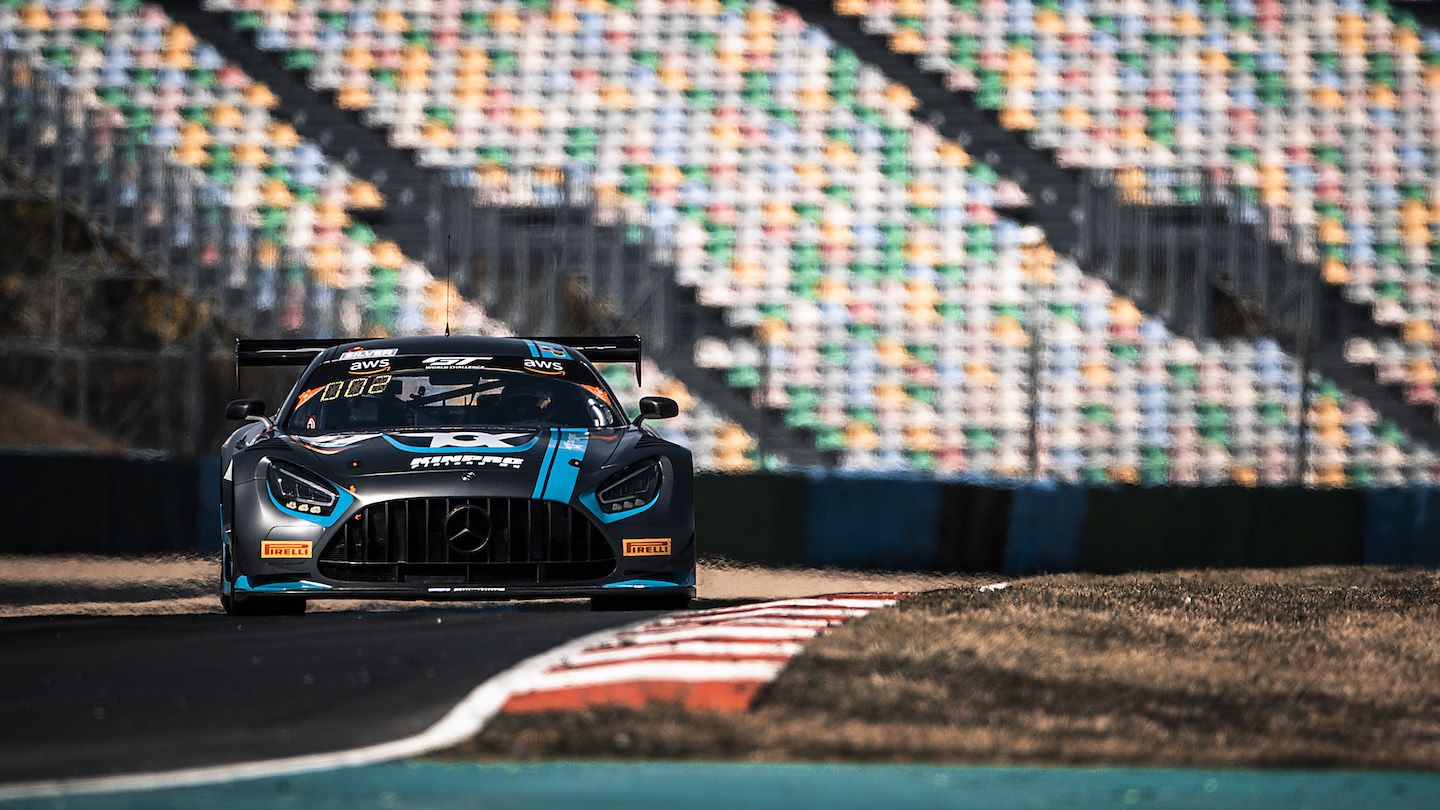 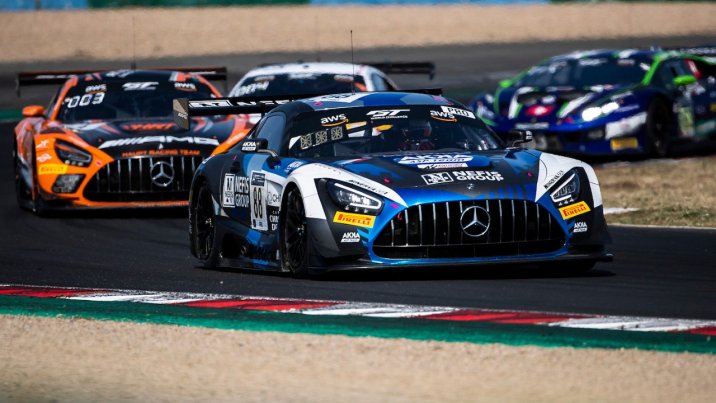 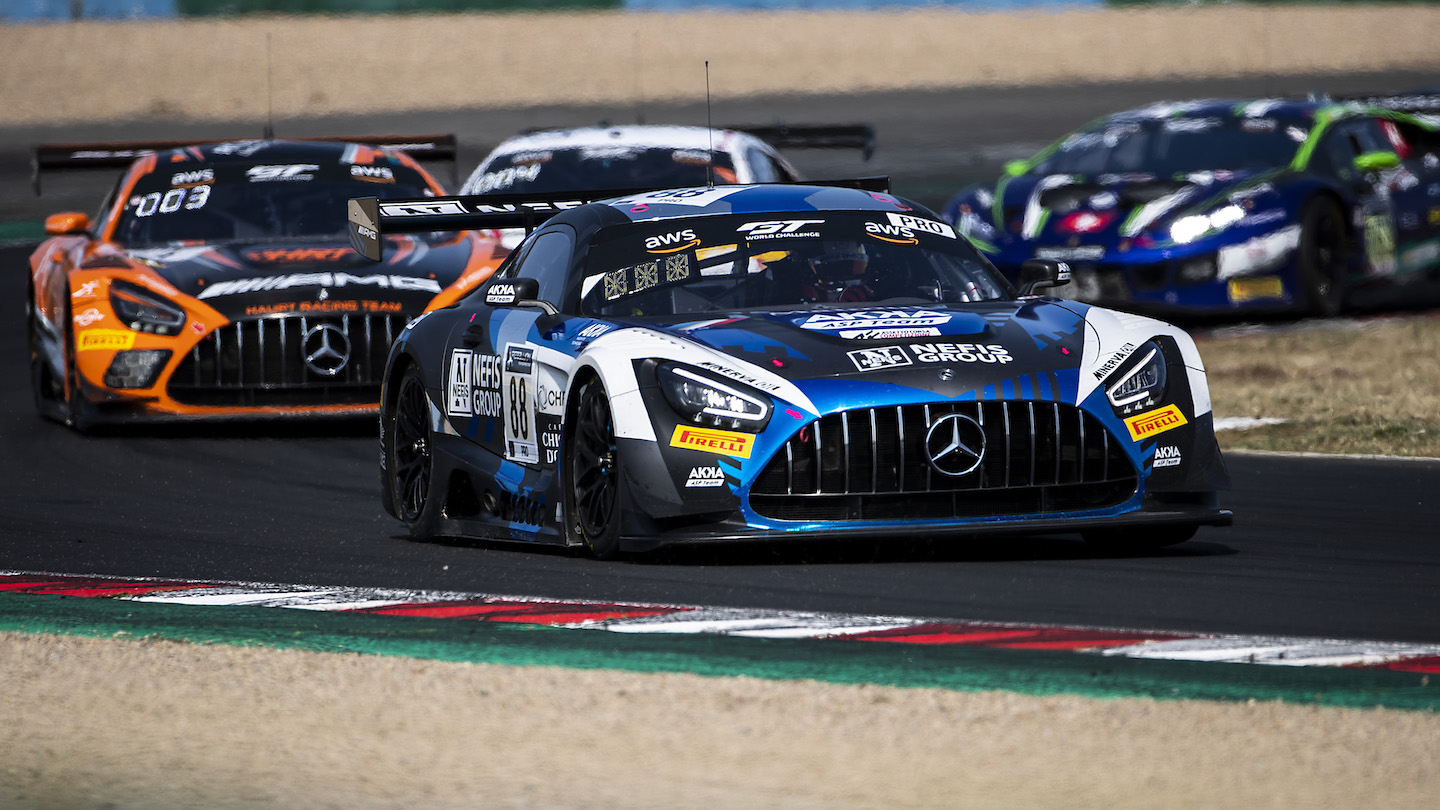 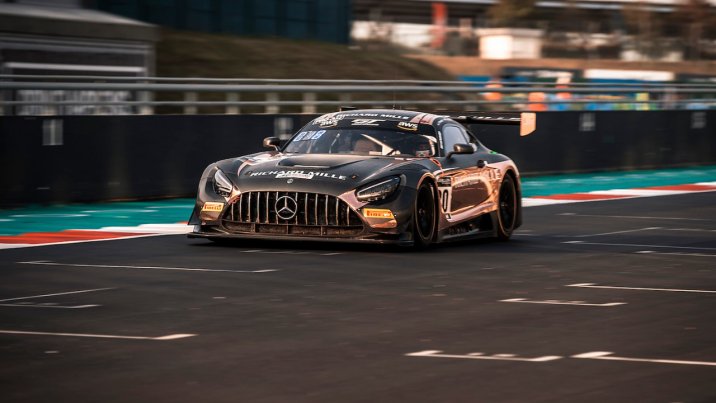 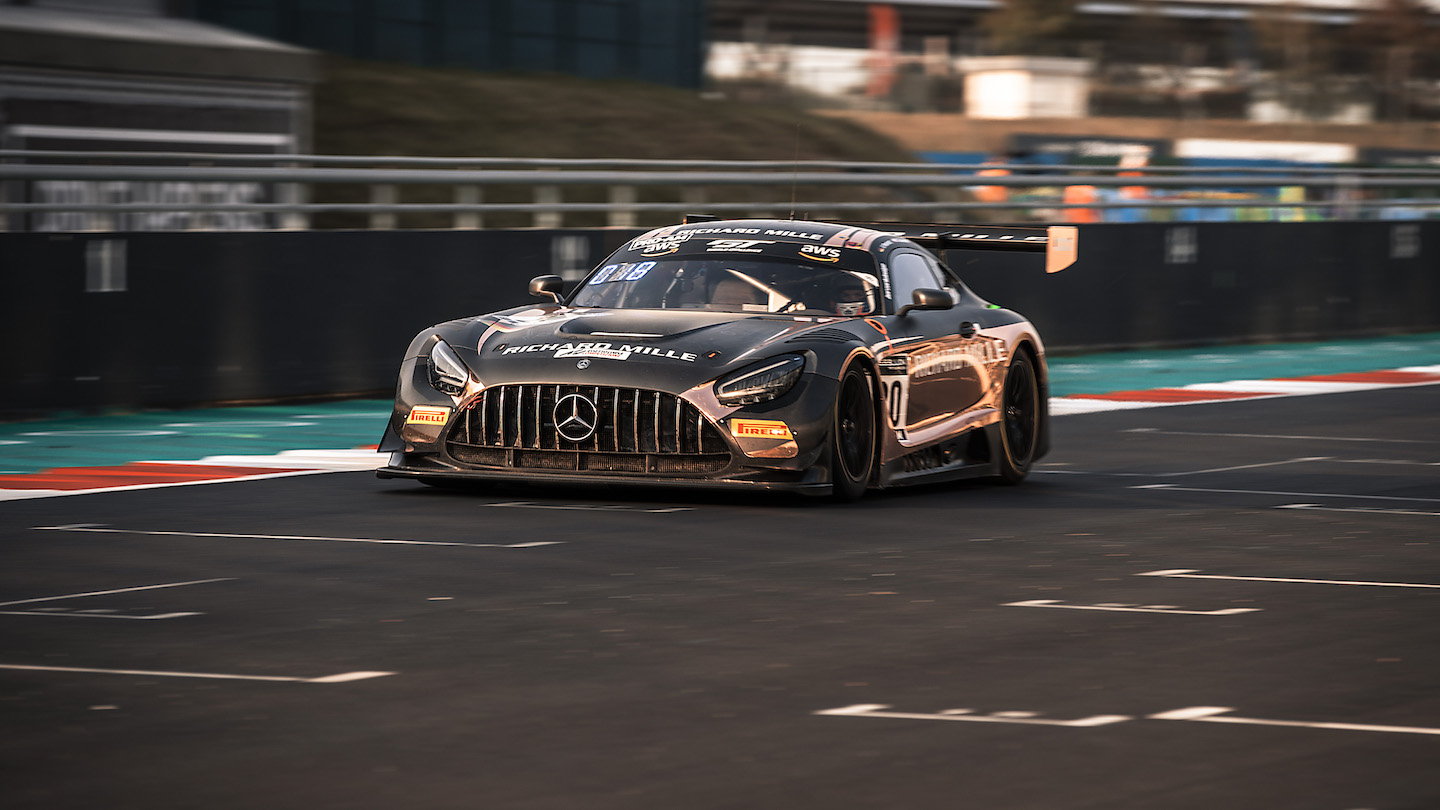 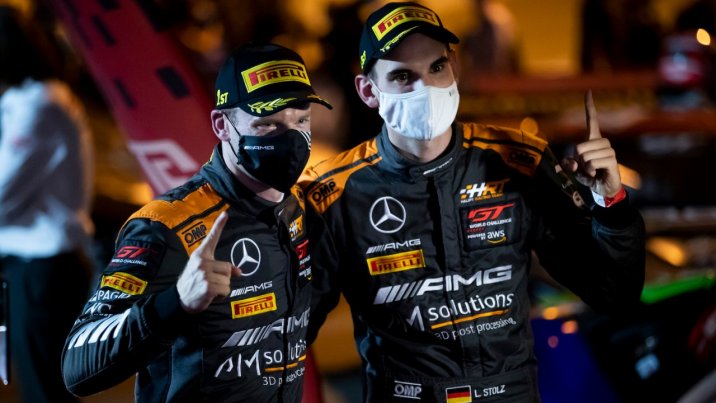 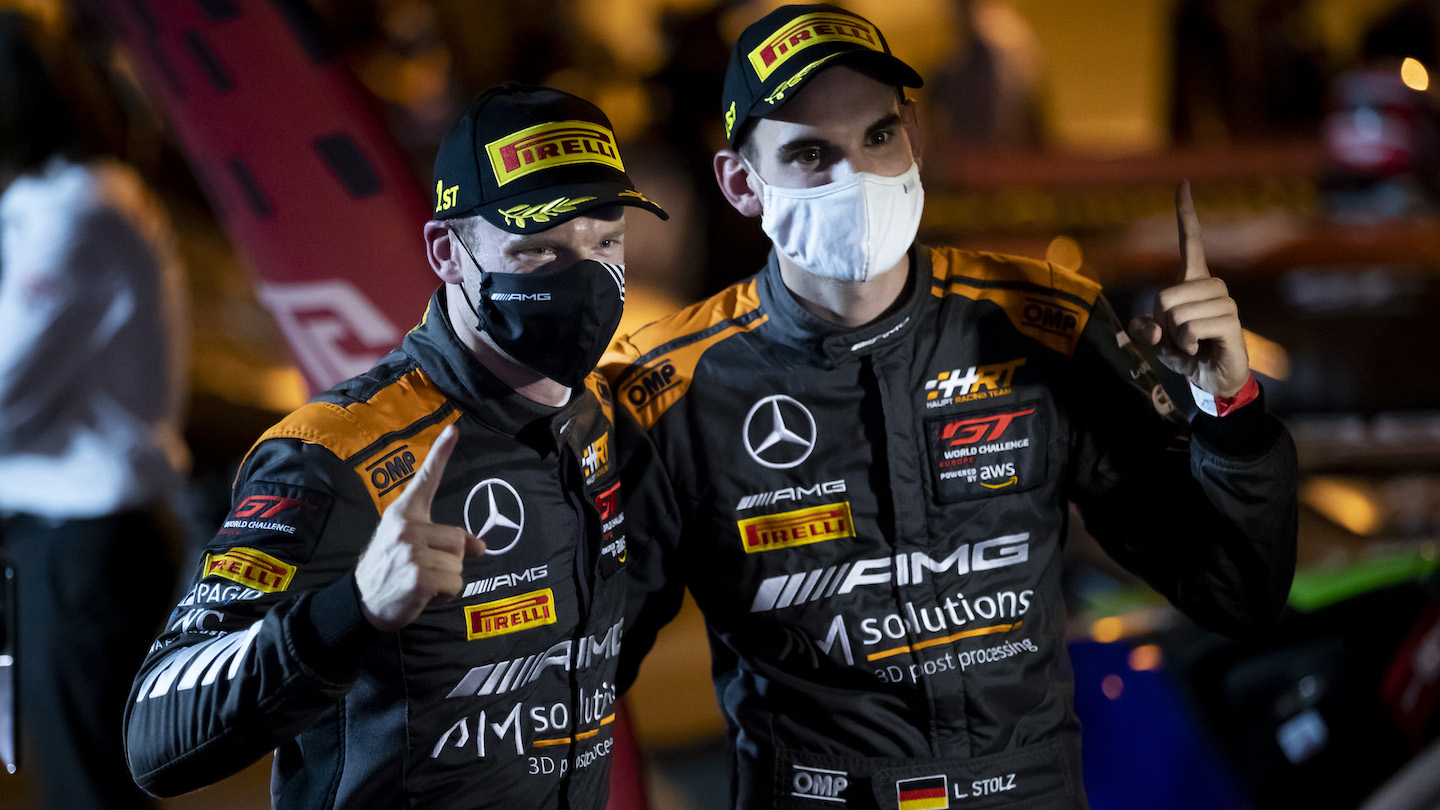