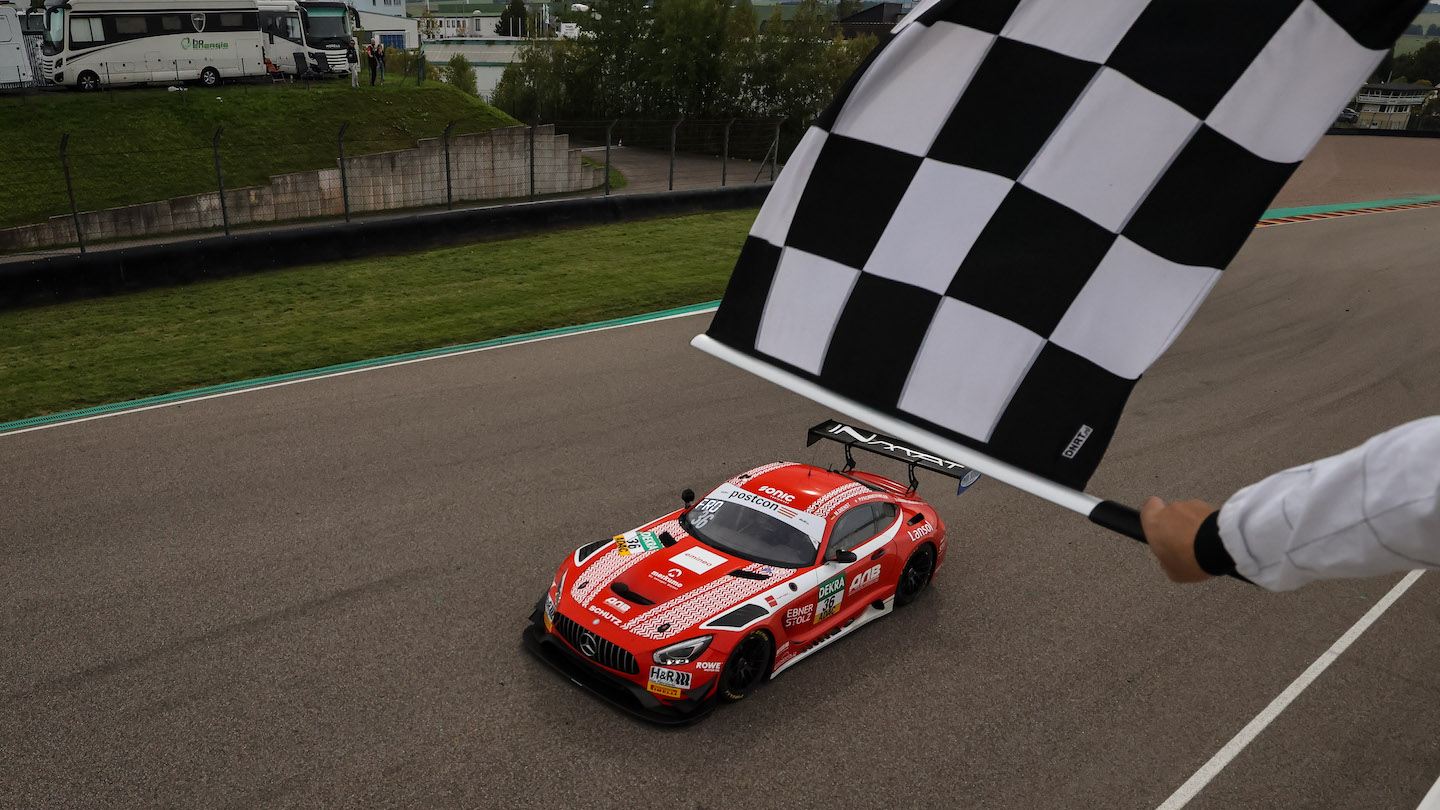 Mercedes-AMG Motorsport has secured the second win of the season in this year’s ADAC GT Masters. At the Sachsenring, Marvin Dienst (GER) and Philipp Frommenwiler (SUI) of DLV-Team Schütz Motorsport (#36) claimed first place in the race on Saturday, the team already having secured pole position slightly earlier. Driving the #22 Toksport WRT Mercedes-AMG GT3, Maro Engel (GER) and Luca Stolz (GER) completed the double podium result in the first race of the weekend by finishing third, scoring valuable championship points. The #21 Team Zakspeed BKK Mobil Oil Racing entry, meanwhile, rounded out the strong achievement on Saturday in fifth place. In the second race, Philip Ellis (GBR) and Raffaele Marciello (ITA) scored the best result for the GT3 cars from Affalterbach with fifth place in the #48 KNAUS Team HTP-WINWARD Mercedes-AMG GT3. For the #22 Toksport WRT car, that was leading both the championship standings and the race, the race ended prematurely due to technical failure.

In free practice on Friday, the Mercedes-AMG GT3s already made a strong impression. In the first session, Toksport WRT posted the fastest lap time with the #22 Mercedes-AMG GT4 while KNAUS Team HTP-WINWARD (#48) topped the time sheets in the second session. The performance continued in a promising way in Saturday’s first qualifying: Marvin Dienst (GER) secured pole position for DLV-Team Schütz Motorsport with the #36 Mercedes-AMG GT3 while the #48 KNAUS Team HTP-WINWARD and the #22 Toksport WRT entries followed in fourth and fifth place respectively, good starting grid positions for the one-hour race.

The first race of the weekend got off to a successful start for Marvin Dienst with the #36 car, who was able to defend first place in the first corners in a commanding way and then gradually extended his lead over his rivals. With Luca Stolz (GER) for Toksport WRT (#22) and Philip Ellis (GBR) for KNAUS Team HTP-WINWARD (#48), two further Mercedes-AMG GT3s also held top five positions throughout the first half of the race until the ten-minute pit stop window opened. While DLV-Team Schütz Motorsport (#36) opted for a late driver change, Stolz was early in bringing the #22 car into the pits, handing the car to Maro Engel (GER) in third place. The latter then cemented his position among the frontrunners, closely behind the car in second place. Philipp Frommenwiler (SUI), who took over from Dienst in the #36 car, built on the impressive performance by his teammate and kept his rivals at bay throughout the race. After one hour, he crossed the finish line at the Sachsenring with a margin of over three seconds, securing the first win for his team in this year’s ADAC GT Masters. Maro Engel concluded the race in third place, rounding out the double podium finish for Mercedes-AMG Motorsport. The two Team Zakspeed BKK Mobil Oil Racing Mercedes-AMG GT3s also finished in point-scoring positions: the #20 car finished fifth, the #21 sister entry came home in 14th place. The KNAUS Team HTP-WINWARD with Philip Ellis and Raffaele Marciello (ITA) had bad luck: with the #48 car, the two drivers temporarily made their way up to fourth place, but a damaged front splitter forced them to retire.

With the #22 Toksport WRT car, Engel secured second place on the grid for the race on Sunday and already led the field after the first corner of the race. Maximilian Götz (GER), meanwhile, had to park the #47 MANN-FILTER Team HTP-WINWARD car while still on the opening lap after innocently having become involved in contact with an opponent. During the opening stint, bad luck also struck the race-leading Toksport WRT GT3: the team’s car, still leading the points’ standings at that time, came off the track due to a broken wheel rim and was unable to continue the race just before the pit window opened. As a result, the #48 KNAUS Team HTP-WINWARD ended up as the best-placed Mercedes-AMG GT3, having started twelfth and finishing fifth after strong progress by Marciello and Ellis. Dorian Boccolacci (FRA) and Mick Wishofer (AUT), who had temporarily moved up from 14th place on the grid to eighth place, only just missed out on a point-scoring finish as they ended up 17th following a drive-through penalty due to an unsafe release.

A 1-2 in ADAC GT4 Germany
In ADAC GT4 Germany, Mercedes-AMG Motorsport had a 1-2 to celebrate on Saturday. In the first race of the weekend, Team Zakspeed (#13) with Jan Marschalkowski and Hendrik Still (both GER) beat the entire opposition and finished the race in first place. Second place went to MANN-FILTER Team HTP-WINWARD with Julien Apothéloz (SUI) and Luca-Sandro Trefz (GER) driving the #48 Mercedes-AMG GT4.

The next ADAC GT Masters, once again with ADAC GT4 Germany featuring on the support bill, will be held at the Red Bull Ring from 16th-18th October.

Marvin Dienst, DLV-Team Schütz Motorsport (#36): “In the free practice sessions, we had already shown what we were able to achieve. In qualifying, things went superbly for us as well with pole position, the car ran unbelievably well. The start was a bit of a close call, but I was able to hold on to my position and then had the advantage of being able to make full use of the pace of the Mercedes-AMG GT3 without anyone in front of me. That also helped save the tyres until Philipp took over and then brought it home. The overall package was just spot-on.”

Philipp Frommenwiler, DLV-Team Schütz Motorsport (#36): “For us, the start of the season wasn’t particularly easy, but in the first race, everything was running like clockwork. The team provided us with a sensational car and Marvin had done a mega job with pole position and his stint. The timing of the pit stop was perfect, too. Due to the traffic on track, we made the stop slightly earlier than we had actually wanted. Then, I tried to find my rhythm from the very beginning and I succeeded: we were able to control the race from lights to flag. I was really able to enjoy the final laps.”

Maro Engel, Toksport WRT (#22): “This is unbelievably sad. Today, the car really was fantastic to drive, we had a great balance in the car and the team has done a mega job. Today, we had everything what it takes to win until the rim broke. Nevertheless, it was a god race weekend all in all with a strong pace and our podium finish in yesterday’s race, in which Luca laid the foundation with his good start. Now, we are taking it race by race and we will continue to fight. Of course, it is a setback today, but we aren’t giving up and there is no doubt that we want to be on top at the end.”

Luca Stolz, Toksport WRT (#22): “At the Sachsenring, we are always doing well with our Mercedes-AMG GT3 and this weekend made that clear once more. First qualifying wasn’t yet perfect, but the start worked out well, we were able to make up ground right away. Finishing the race in third place definitely was a good reward for our performance and it is making me very happy for the team, of course. On Sunday, everything was running superbly as well until that incident in turn three: we had a good start and we were in the lead. The way the race went today is very sad for us, but we will be attacking again in the weeks to come.”

Raffaele Marciello, KNAUS Team HTP-WINWARD (#48): “We can be happy with fifth place in the second race. The car handled well, our team has done a good job, thanks for that. Of course, we can still improve some details, but nevertheless, we have a solid basis for the remaining races in the championship. I am looking forward to them!” 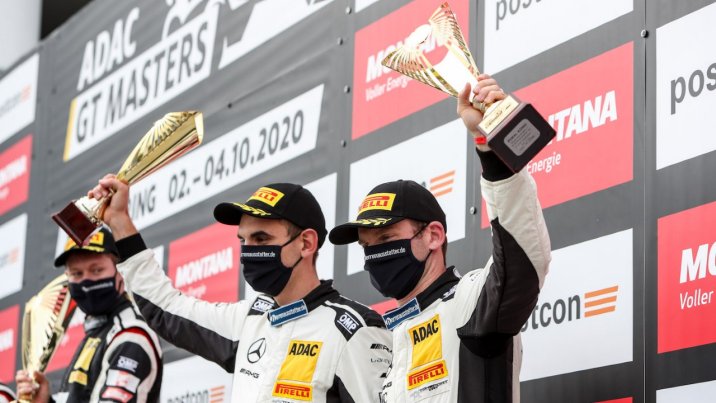 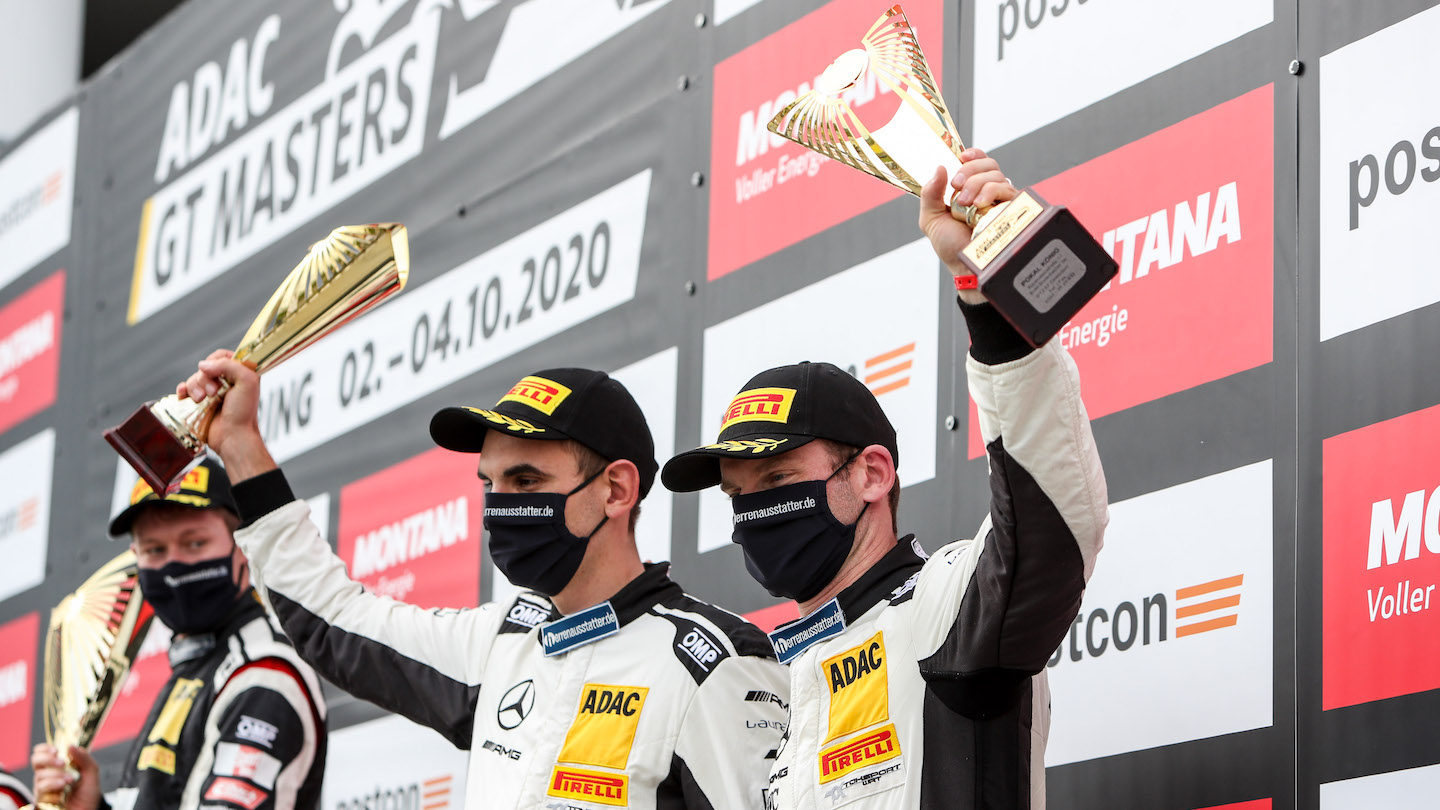 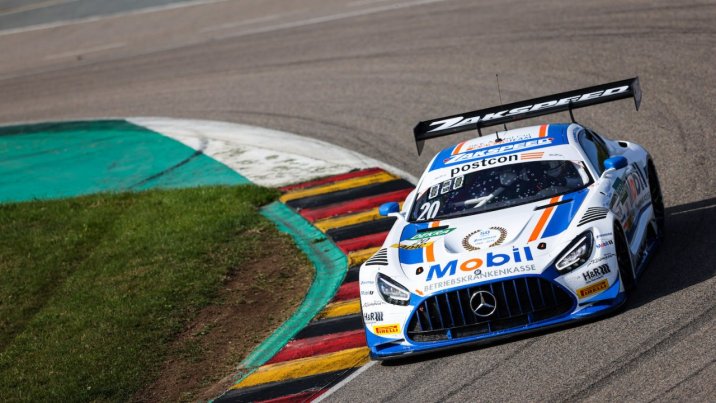 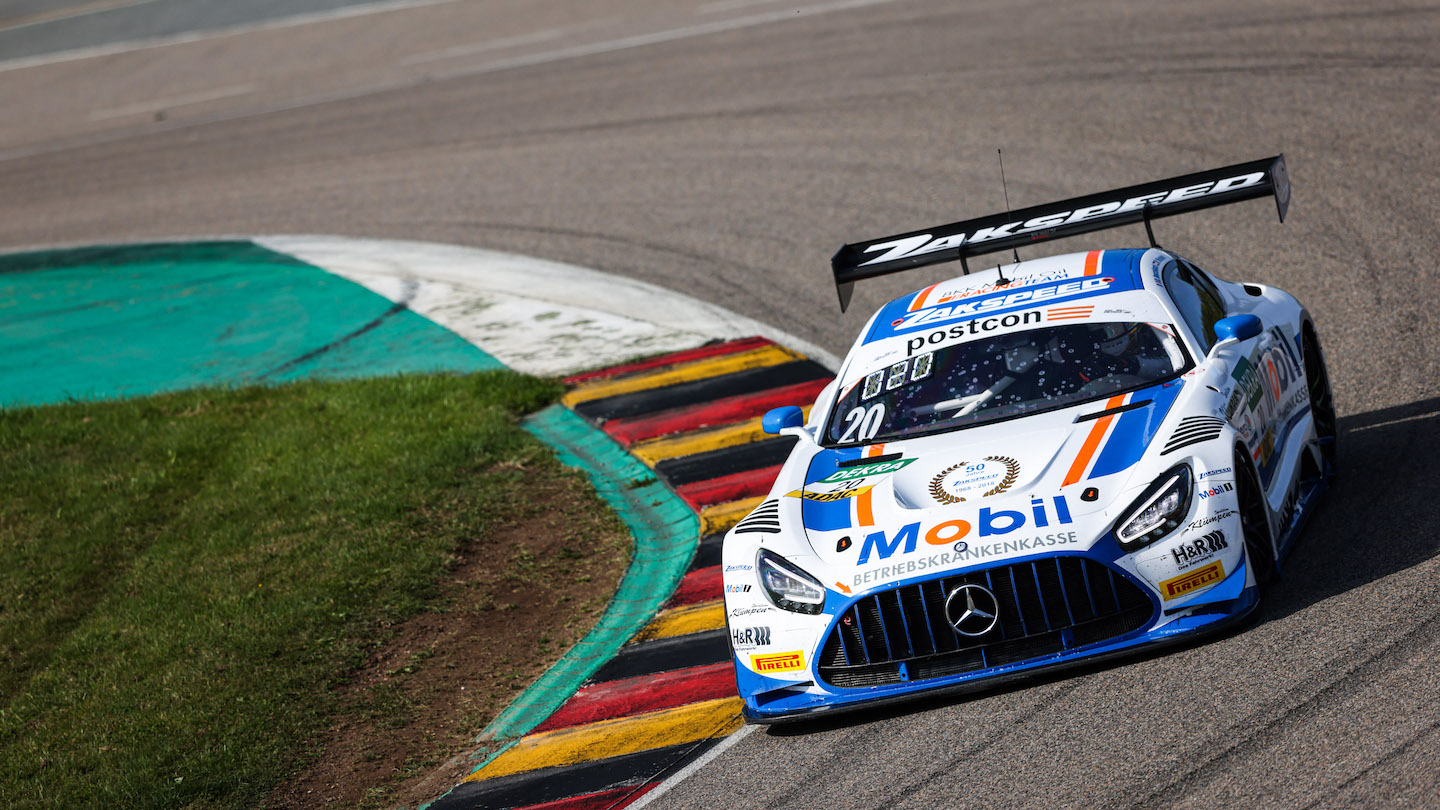 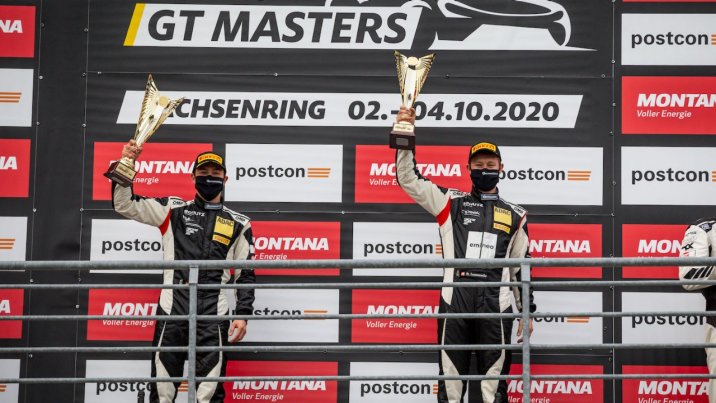 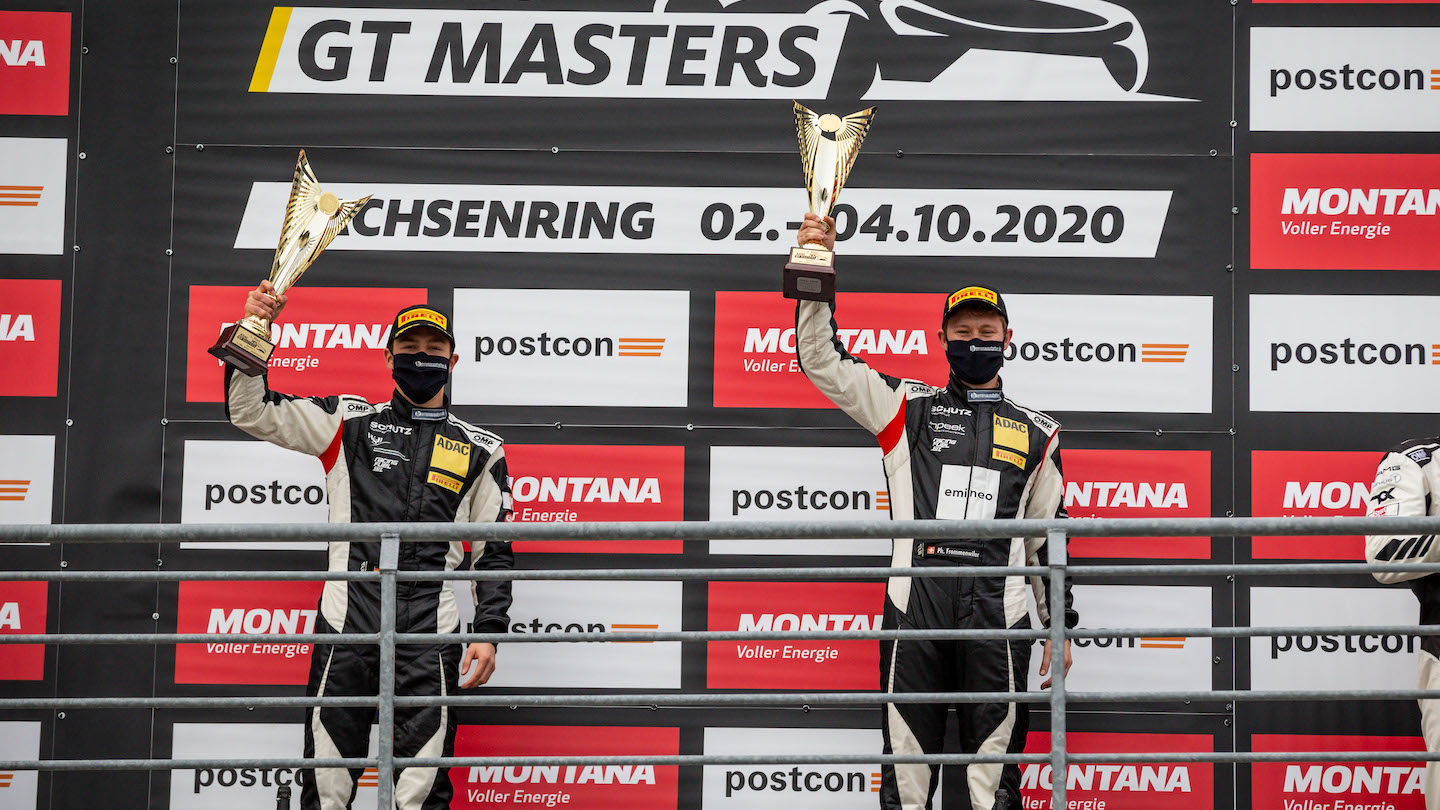 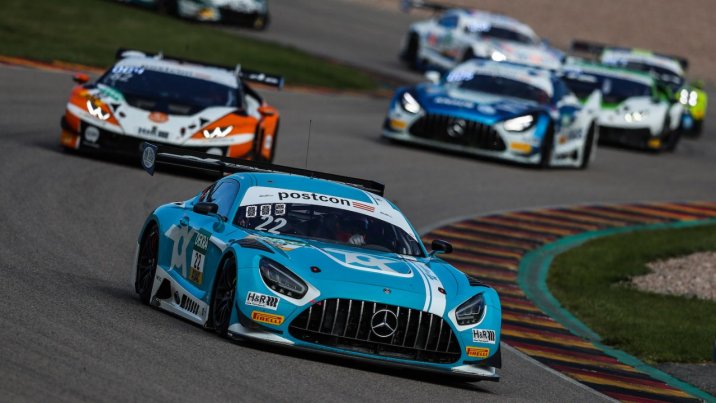 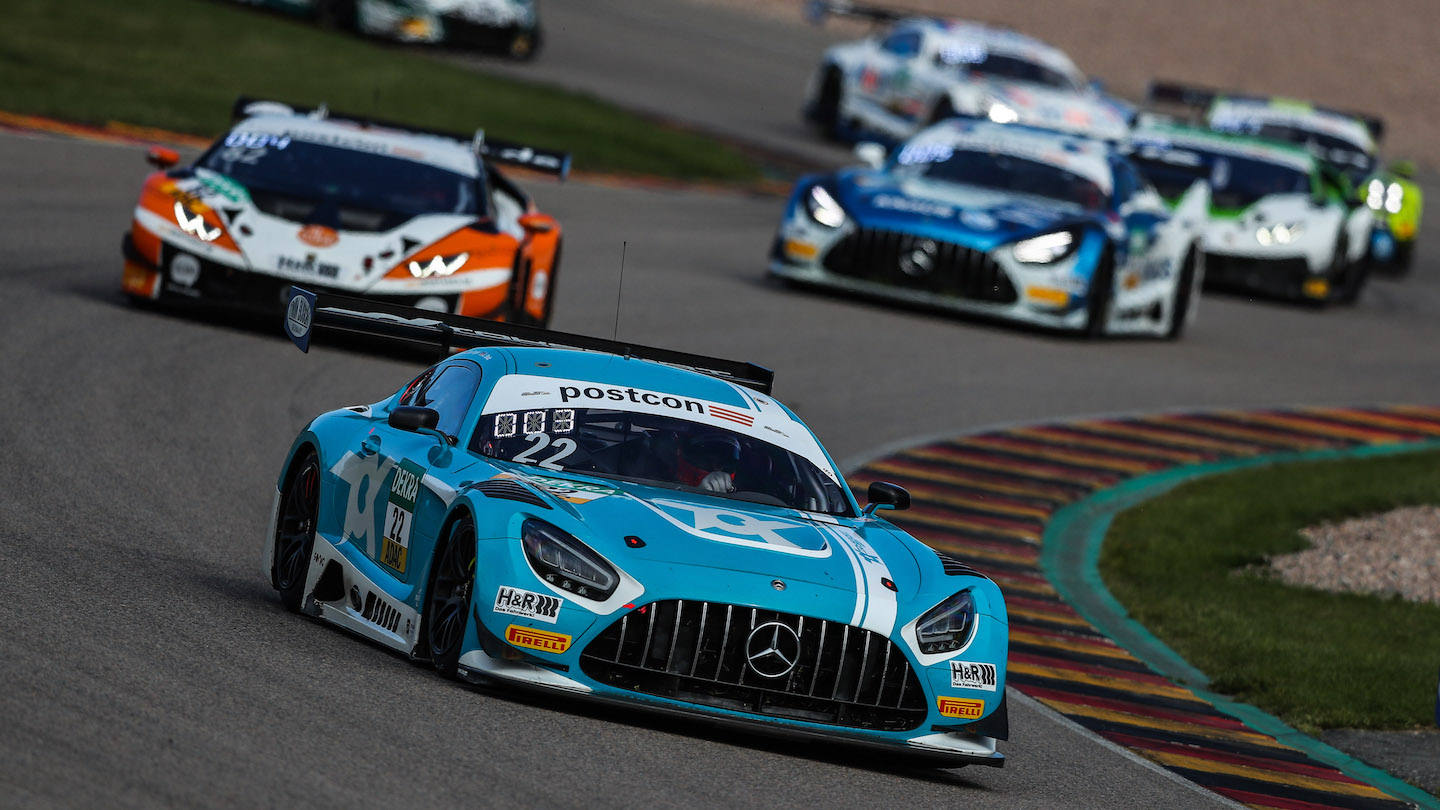 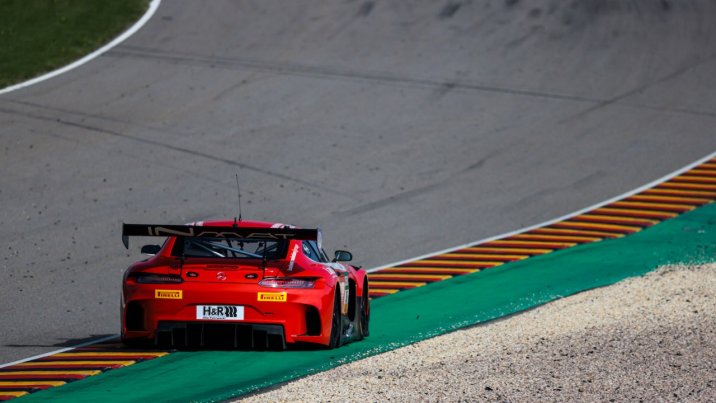 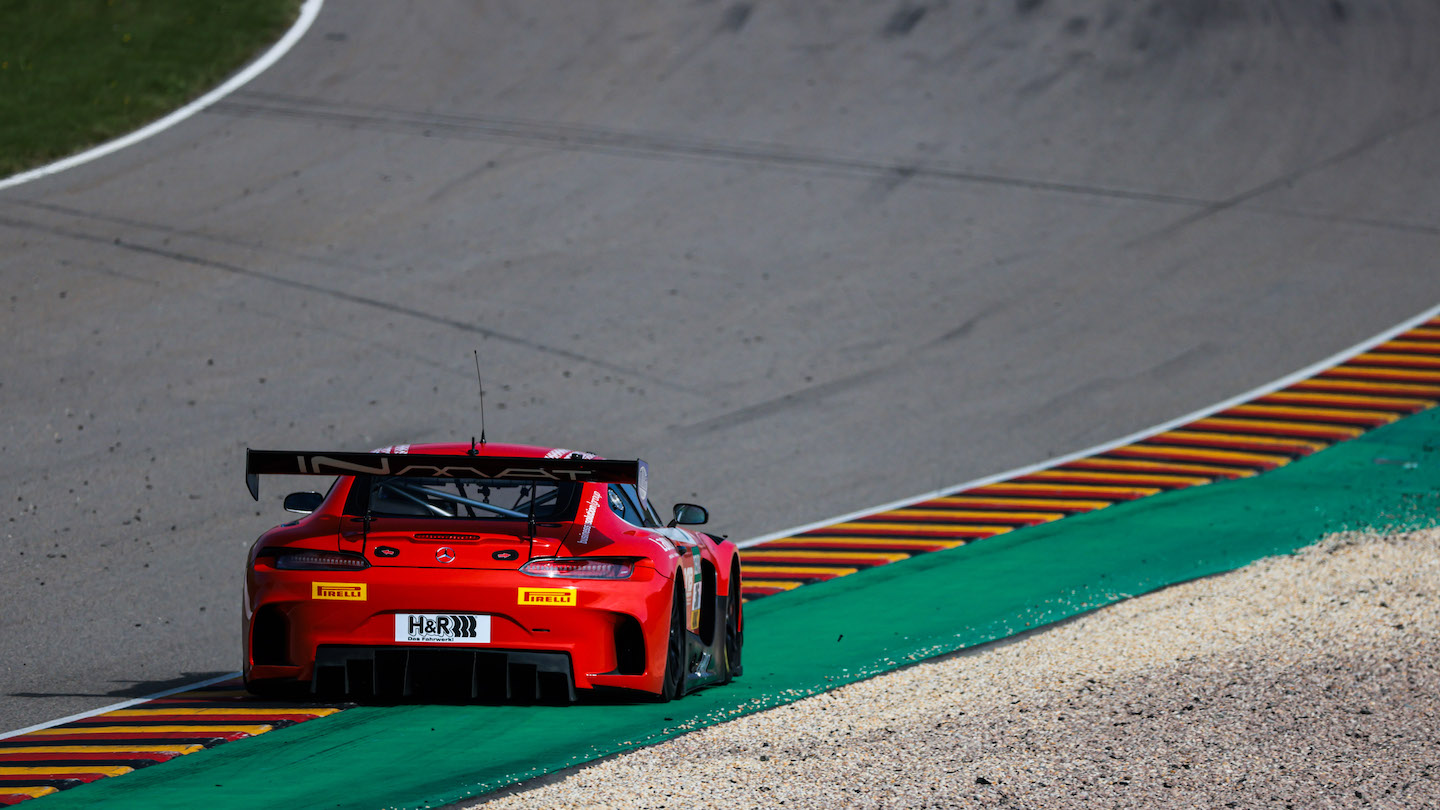 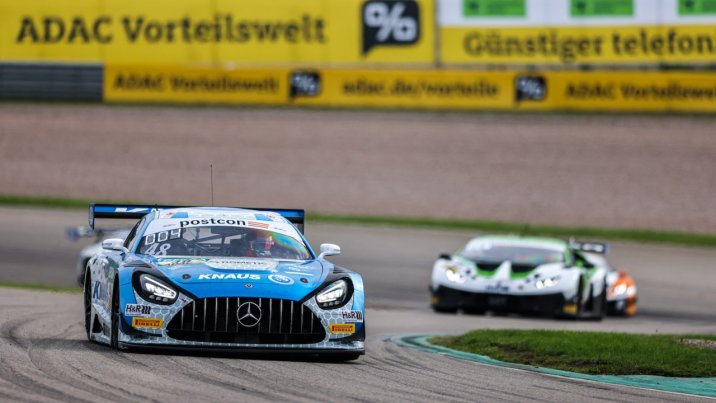 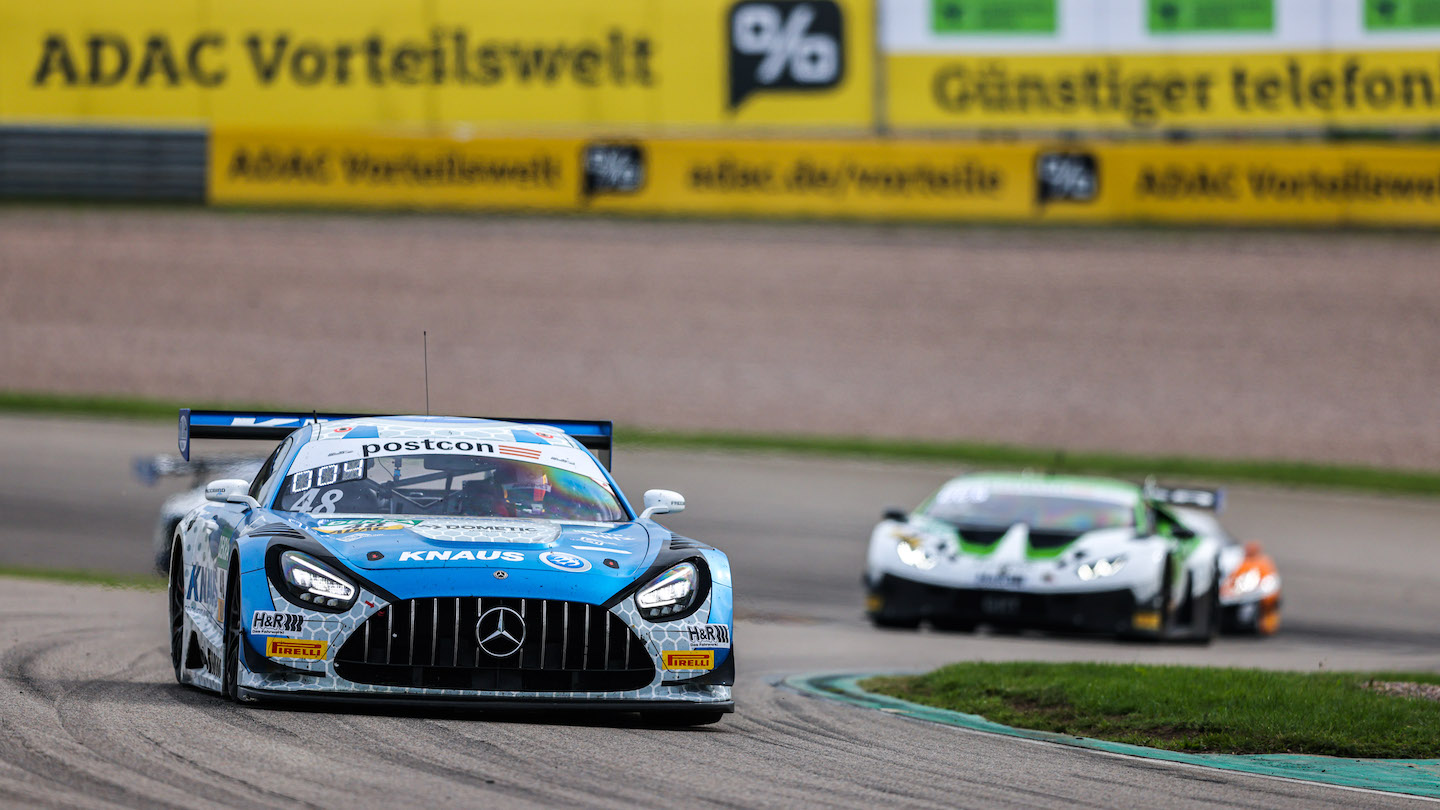