Second place for Mercedes-AMG in ADAC GT Masters race at Lausitzring on Sunday. 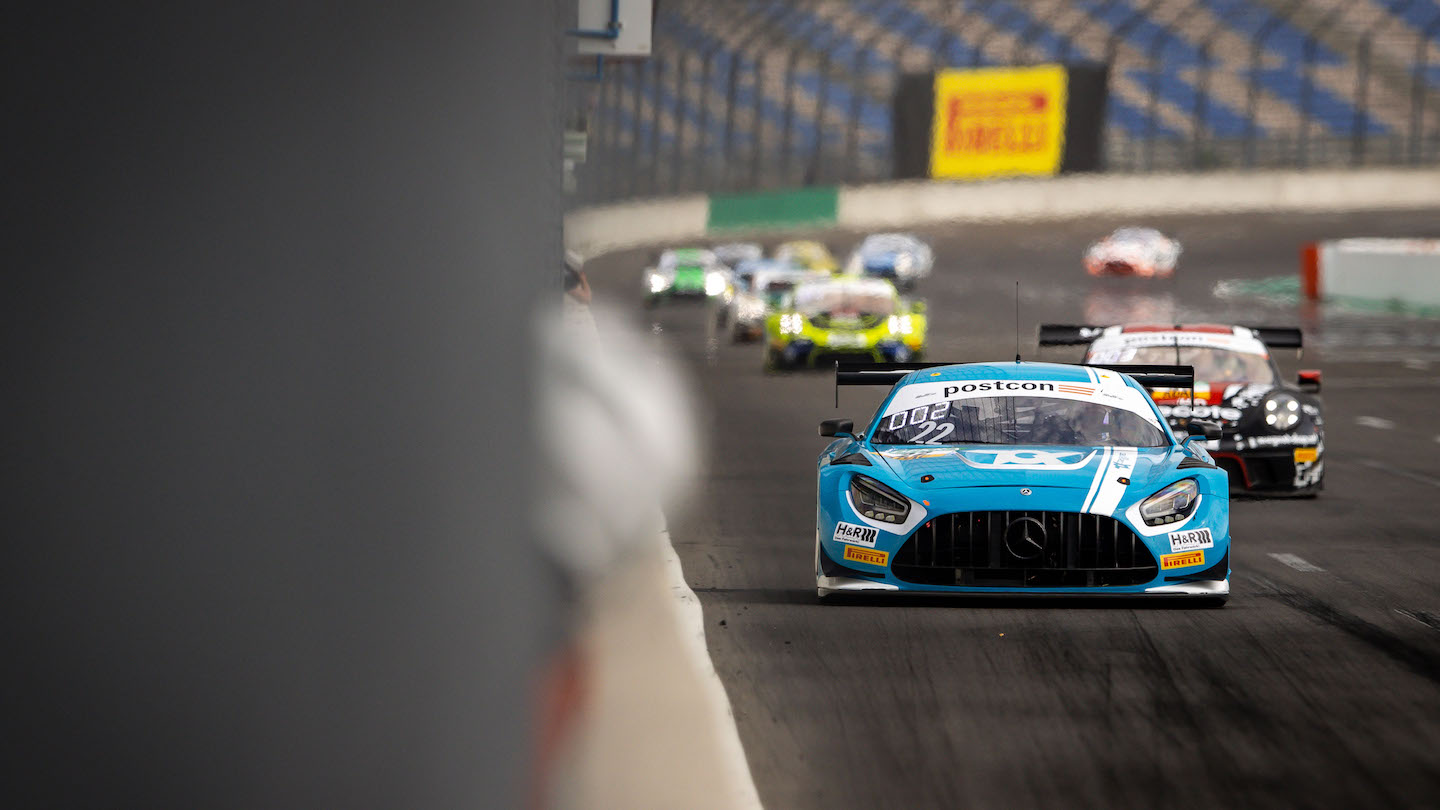 For the second time this weekend, Mercedes-AMG Motorsport is on the podium of the ADAC GT Masters. After their victory on Saturday in the season opening weekend at Lausitzring, Maro Engel and Luca Stolz (both GER) added second place in the race on Sunday. As a result, the duo is also leading the drivers’ standings of the super sports car league. Mercedes-AMG Customer Racing Team Toksport WRT is on top in the teams’ standings. In the thrilling race on Sunday, all the five other Mercedes-AMG GT3s also finished in the point-scoring positions of the ADAC GT Masters with the #47 (MANN-FILTER Team HTP-WINWARD) in eighth place, the #21 (Team Zakspeed BKK Mobil Oil Racing) in ninth place, the #48 (KNAUS Team HTP-WINWARD) in tenth place, the #36 (Schütz Motorsport) in 13th place and the #20 (Team Zakspeed BKK Mobil Oil Racing) in 15th place.

Expectations were high at Customer Racing Team Toksport WRT and Mercedes-AMG for the race on Sunday following the victory in Saturday’s opening race. In qualifying in the morning, Maro Engel looked on course to claiming pole position with the #22 Mercedes-AMG GT3 for a long time, just like his teammate Luca Stolz had done on the previous day. Early in the session, Engel posted the fastest time of 1m21.328s. Then, a thrilling shootout followed at the Lausitzring in which, unbelievably, 31 cars ended up within one second only. In the final minute of the session, Engel’s early fastest time was beaten by one hundredth of a second.

In summerly temperatures and at a dry track, Engel started the race from the front row of the grid. In the turmoil after the start, the 34-year-old initially was overtaken, but immediately claimed back second position. As the race went on, however, he was unable to match the pace of the race leader and instead shifted his focus to defending his second position. After the mandatory driver change at the halfway point of the race, an accident with subsequent safety car intervention bunched up the field again and brought Luca Stolz in the #22 car within striking distance from the leading car. After the restart, the race leader again pulled clear so that Stolz was no longer in a position to mount a challenge. In the rear-view mirror, the 25-year-old controlled his pursuers and after 42 laps of the almost 3.5 kilometres long track, he safely brought second place for Toksport WRT home.

The two Mercedes-AMG GT3s of the HTP WINWARD Motorsport team started the one-hour race from the fifth and sixth row on the grid. Driving the #47 car with the striking mamba livery, Maximilian Götz (GER) and Indy Dontje (NED) managed to improve from eleventh to eighth place. The #48 sister car with Philip Ellis (GBR) and Raffaele Marciello (ITA) that had started from tenth position maintained its tenth place. Between the two, the #21 Team Zakspeed BKK Mobil Oil Racing entry with Jimmy Eriksson (SWE) and Daniel Keilwitz (GER) was classified ninth. The biggest progress, meanwhile, was made by the #36 Team Schütz Motorsport Mercedes-AMG GT3: Marvin Dienst (GER) and Philipp Frommenwiler (SUI) had started from 26th place and finished the race in 13th position. In the closing minutes of the race, Dorian Boccolacci (FRA) and Mick Wishofer (AUT) also managed to move up to 15th place and therefore in the point-scoring positions with the #20 Team Zakspeed BKK Mobil Oil Racing Mercedes AMG GT3.

After the opening weekend, Stolz and Engel have 45 points to their tally in the ADAC GT Masters drivers’ standings and are twelve points ahead of their nearest rivals. In the teams’ standings, the Toksport WRT Customer Racing Team is on top. The next two ADAC GT Masters races will take place at the Nürburgring, 14th-16th August.

Stefan Wendl, head of Mercedes-AMG Customer Racing: “With victory on Saturday and second place on Sunday, the season-opening ADAC GT Masters event was a nice success for us and for the Toksport WRT team. Once again, the races at Lausitzring have shown how incredibly strong the competition is. The time differences were extremely small, especially in today’s qualifying. I am also happy with the performance of the other Customer Racing Teams. That all six Mercedes-AMG GT3s managed to finish in the points with this strong oppositions is a great achievement and let us look forward to the rest of the season with great anticipation.”

Maro Engel, Toksport WRT (#22): “Victory on Saturday and second place on Sunday, that was a super start of the new season for us. Today, we are very happy with second place. We definitely couldn’t have done any better. I gave it my all, but I had no chance of matching the pace of the leading Audi. Congratulations to Dries (Vanthoor) and Charles (Weerts), but I also have to make a huge compliment to everybody in our team Toksport WRT. The team is new to the ADAC GT Masters and is working unbelievably hard. The entire crew has done a super job this weekend.”

Luca Stolz, Toksport WRT (#22): “After the change, I saw immediately that we would be in P2 again coming out of the pit lane. Maro had prepared it really well during his stint so that, basically, our position was never in jeopardy. For me, it was then more or less just about managing the result. Due to the safety car intervention, there was a somewhat tricky situation again, but we made it through as well. Unfortunately, we couldn’t move up any further, but we are very happy with second place. Now, we are looking forward to heading to the Nürburgring as the points’ leaders.” 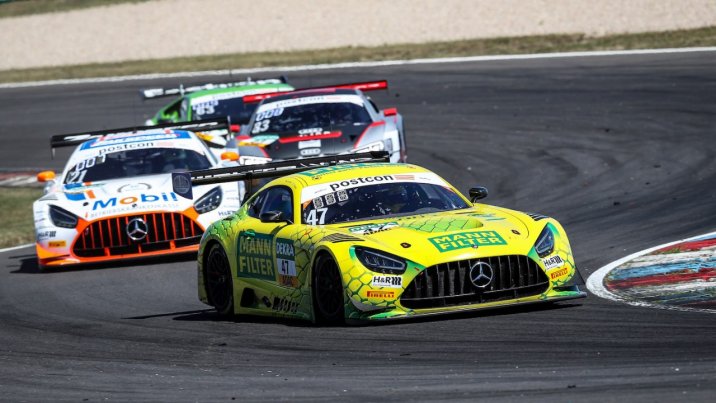 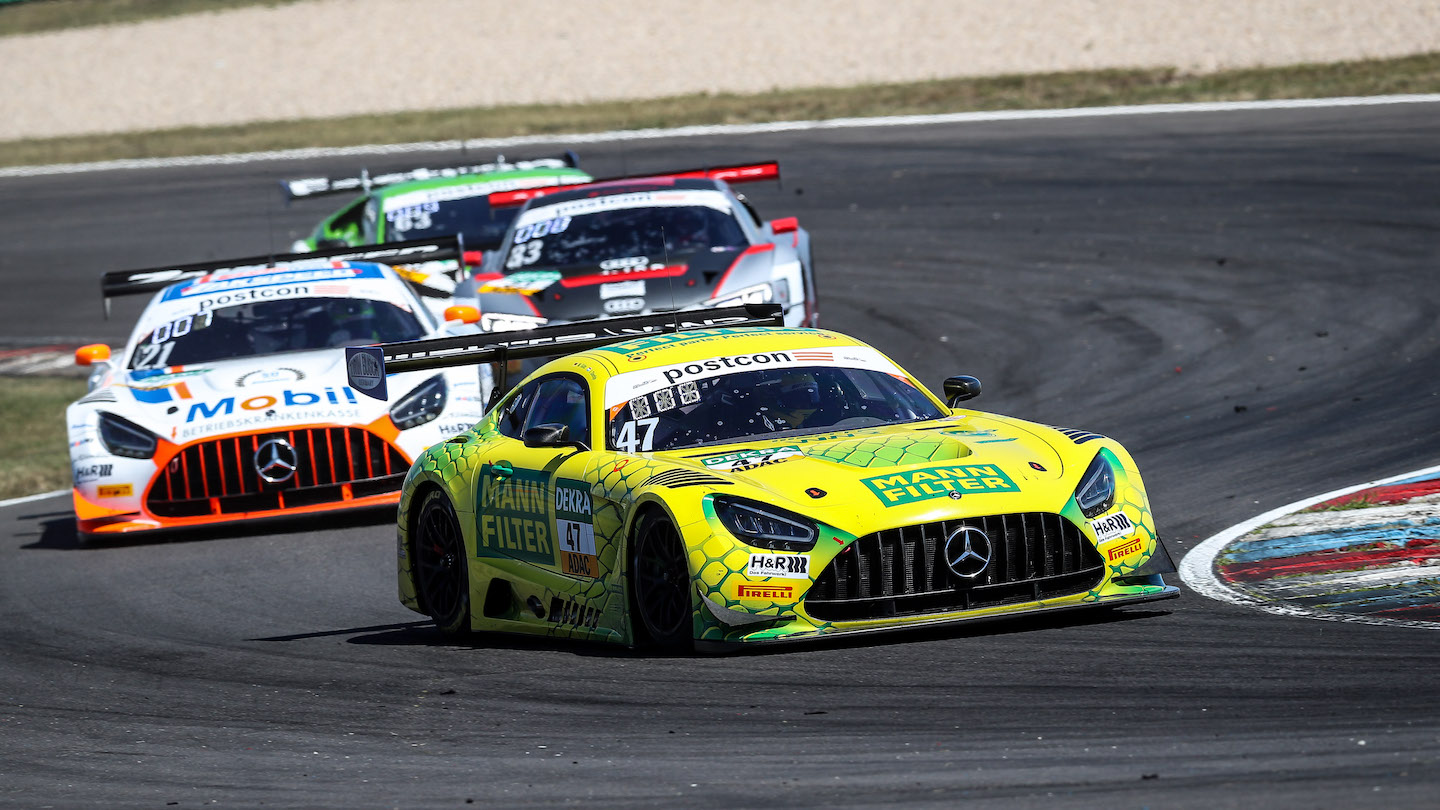 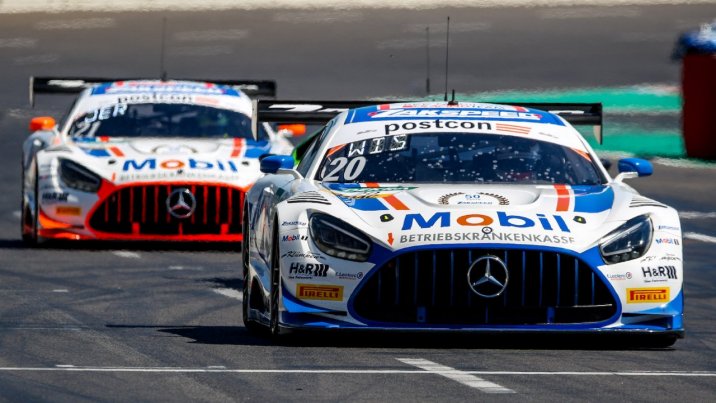 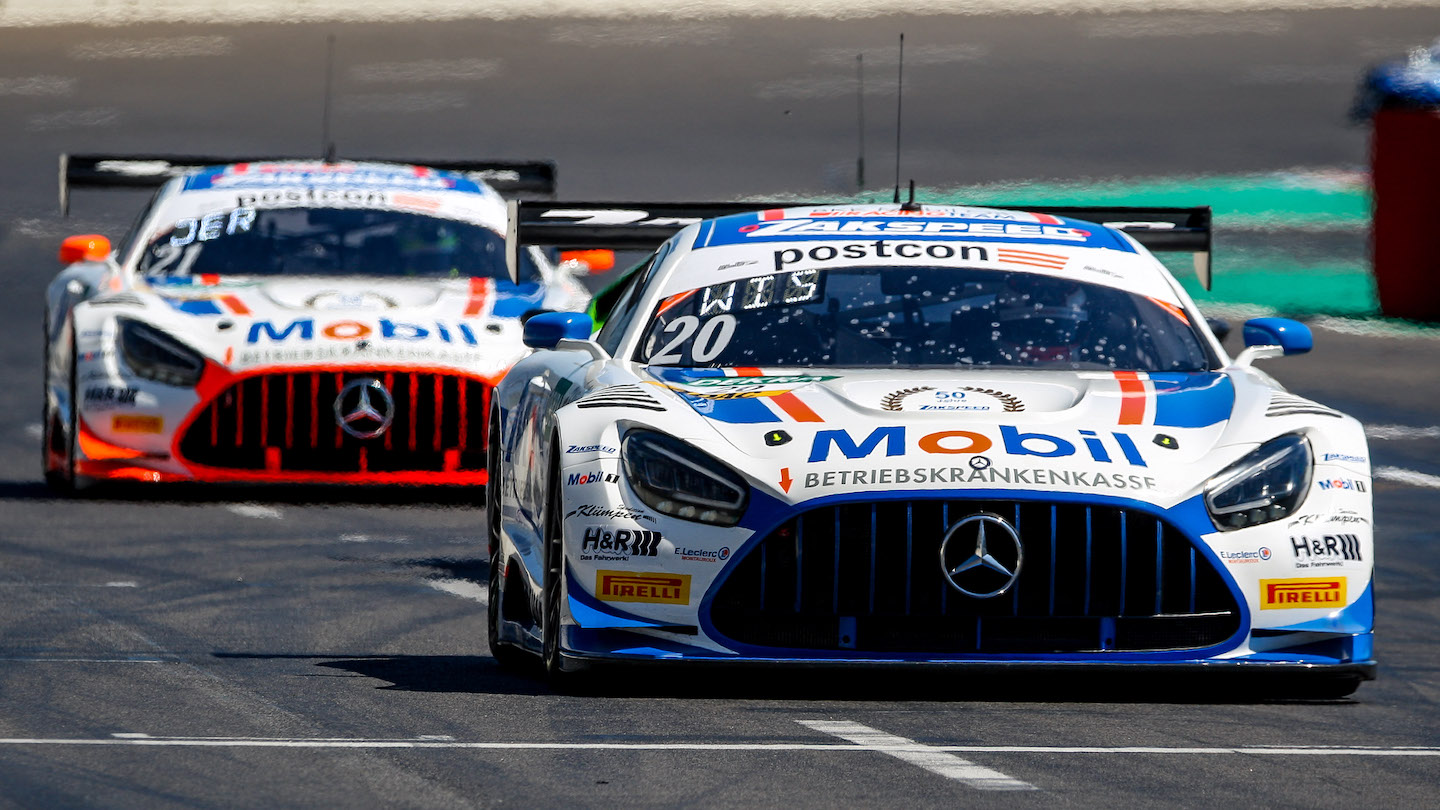 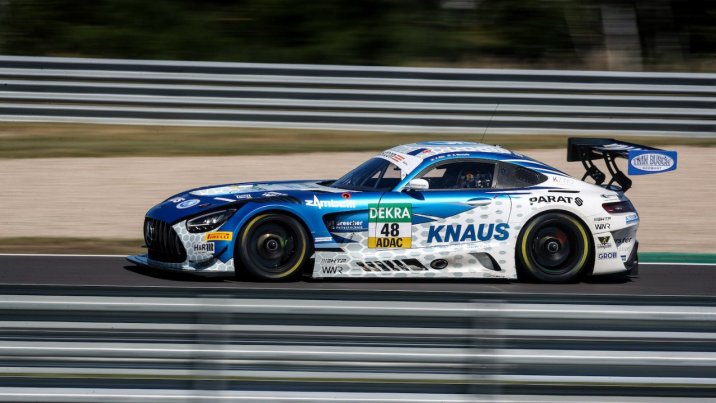 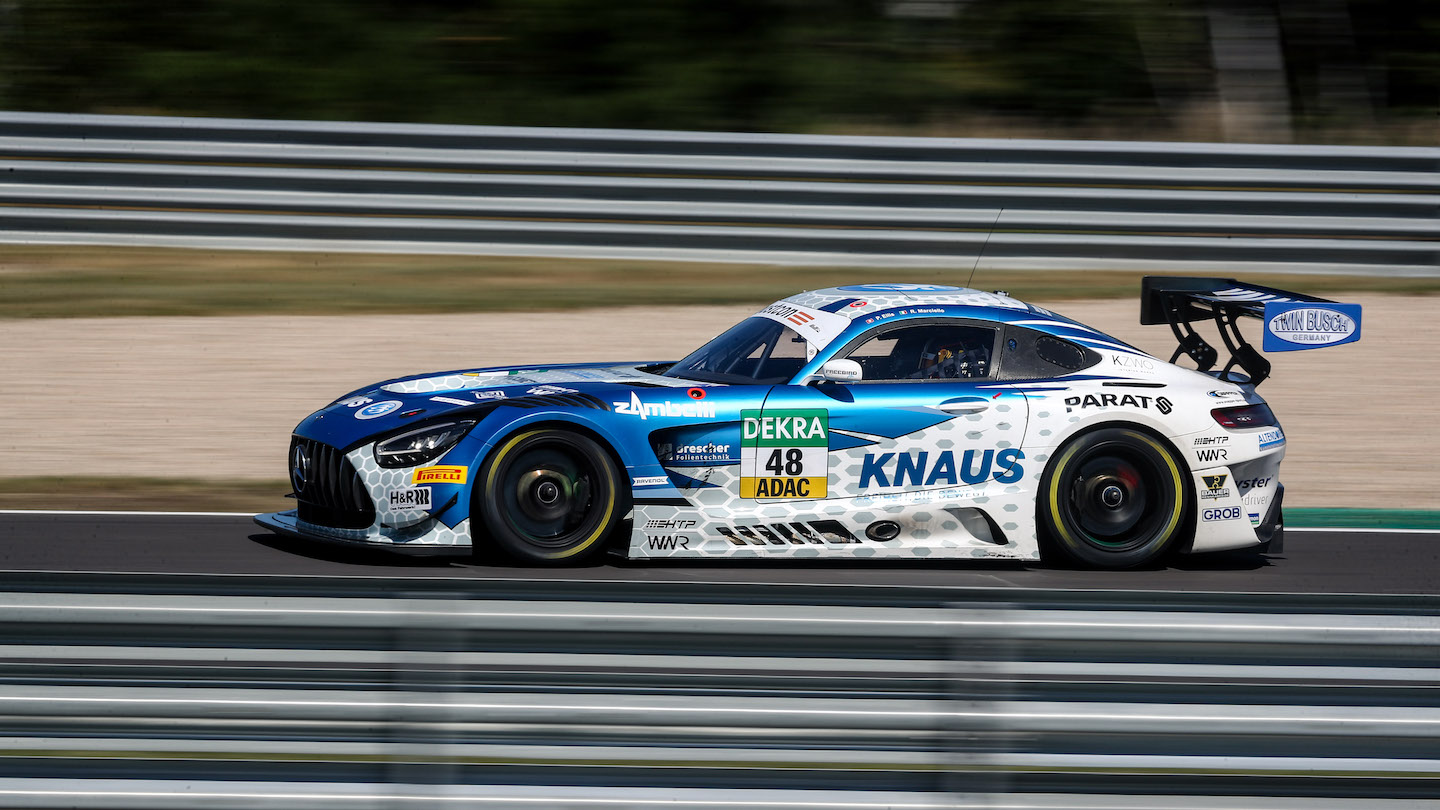 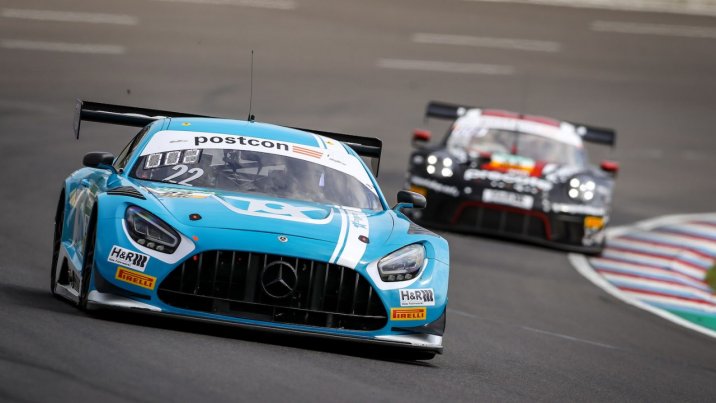 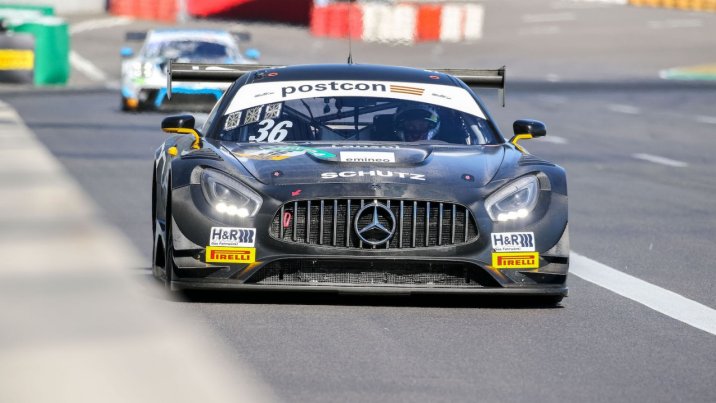 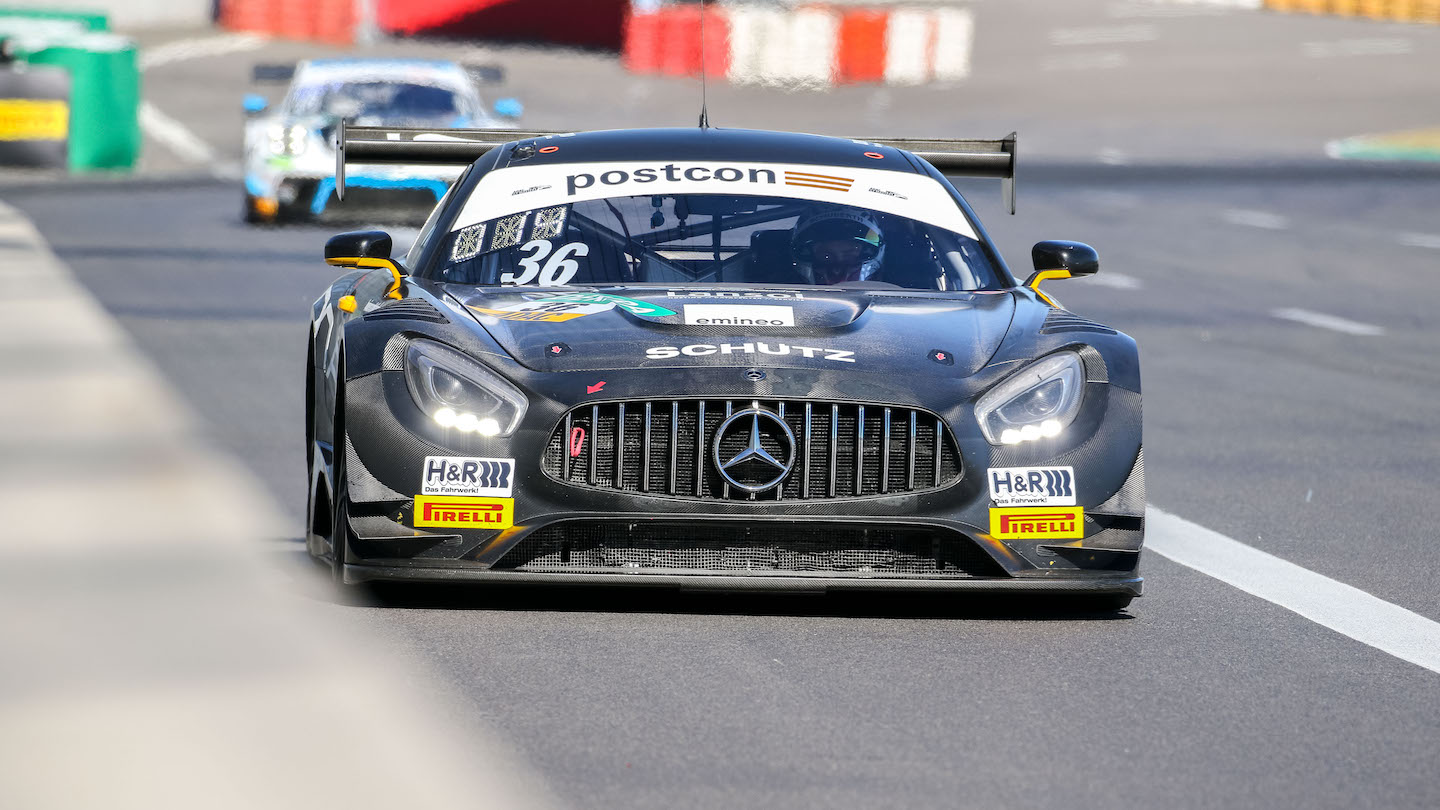 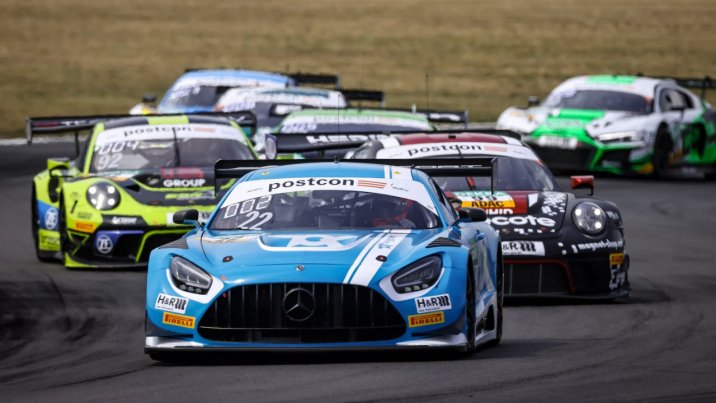 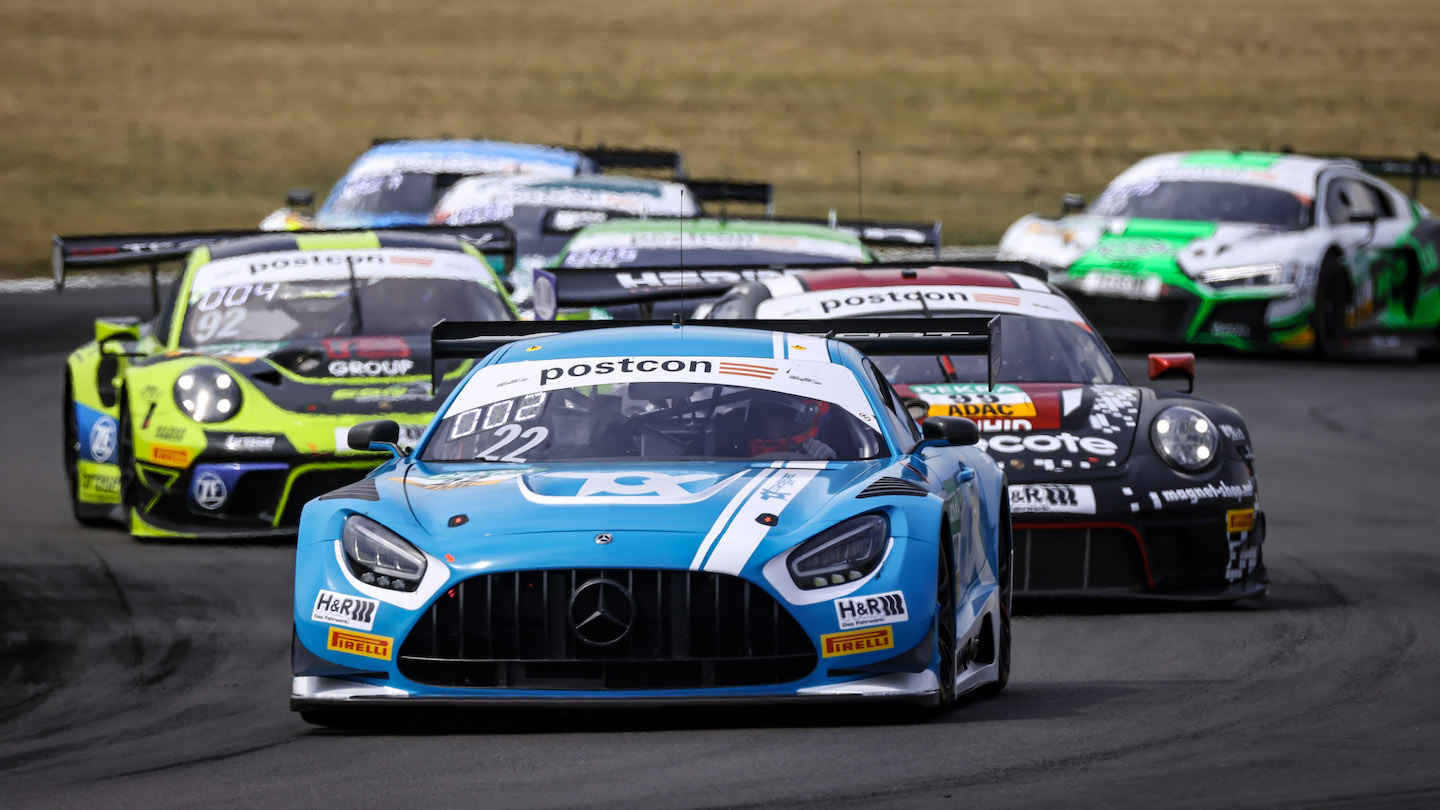