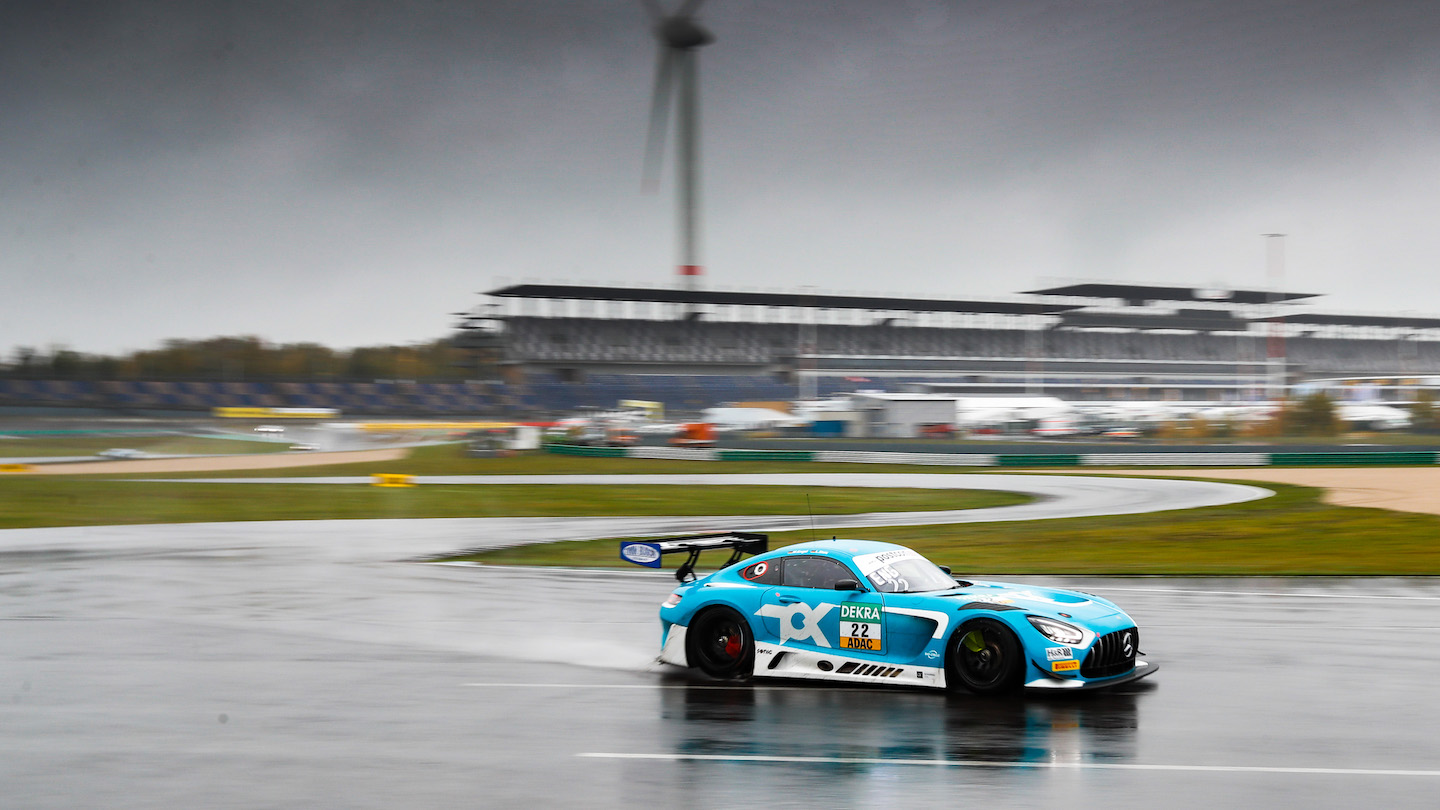 Thanks to an impressive recovery, Dorian Boccolacci (FRA) and Mick Wishofer (AUT) of the Team Zakspeed BKK Mobil Oil Racing scored the third victory by a Mercdes-AMG Customer Racing Team in the current ADAC GT Masters season at the Lausitzring. In the second race of the weekend, the duo with the #20 Mercedes-AMG GT3 made up 16 positions and eventually was first across the finish line. With a total of four classifications among the first seven, the Customer Racing Teams achieved an outstanding overall result on Sunday. In the process, Toksport WRT drivers Maro Engel (GER) and Luca Stolz (GER) maintained their title chances by finishing fourth. In the race on Saturday, MANN-FILTER Team HTP-WINWARD drivers Indy Dontje (NED) and Maximilian Götz (GER) had already scored a podium result.

Weather conditions were difficult throughout the race weekend at the Lausitzring and qualifying on Sunday morning was no exception. After rain had set in towards the end of the session, the Mercedes-AMG Customer Racing Teams were no longer in a position to match the top times posted by the opposition when the surface was still dry. Only the #48 KNAUS Team HTP-WINWARD managed to qualify within the top ten by ending up in tenth place. The #20, #22 and #47 Mercedes-AMG GT3s had to start the race from 17th, 19th and 20th place on the grid respectively. In the race in the afternoon, however, the trio quickly made considerable improvements. While several cars at the front of the field got in each other’s way just after the start, Dorian Boccolacci (FRA) of the Team Zakspeed BKK Mobil Oil Racing benefited from this situation and immediately made up some positions with the number 20 car. At the end of the opening lap, he was already up in eighth place and continued to work his way up to fifth place with further overtaking manoeuvres during his stint. Thanks to a perfectly working pit stop strategy by the team, teammate Mick Wishofer (AUT) even started into the second half of the race in third place. With 18 minutes remaining, the Austrian claimed second place and then benefited from a drive-through penalty for the race leader. After that, he held on to the race lead at the 4.570 kilometres long track and brought the third season win of a  Mercedes-AMG Motorsport Customer Racing Team home in a commanding way.

Having started from 19th and 20th on the grid respectively, Toksport WRT’s Maro Engel (GER) and MANN-FILTER Team HTP-WINWARD’s Maximilian Götz also rapidly made up many positions after the start. With a strong pace, the two worked their way up in the field and made perfect use of their experience and the Mercedes-AMG GT3’s potential for the overtaking manoeuvres. During the mandatory pit stops, they handed the cars to their respective teammates Luca Stolz (GER) and Indy Dontje (NED) in sixth and seventh place. During the final laps of the race, Stolz had to deal with a damaged front section of the car, but managed to bring the #22 car home in fourth place, securing further valuable championship points for himself and his teammate. 14 points down with two races remaining at the Motorsport Arena Oschersleben at the upcoming weekend (6-8 November), the Toksport WRT duo still has all the chances in the battle for the title. Indy Dontje, meanwhile, successfully defended fifth place until the finish. Classified seventh, Philipp Frommenwiler (SUI) and Marvin Dienst (GER) of the DLV-Team Schütz Motorsport (#36) completed the strong team result with four Mercedes-AMG GT3s among the first seven. The second Zakspeed car also scored points by finishing 13th. Only Raffaele Marciello (ITA) had bad luck, having to retire from the race shortly after the start with a damaged front section of the #48 car.

On Saturday, there was already a podium success to celebrate for Mercedes-AMG Motorsport. In qualifying, Indy Dontje withstood the adverse conditions and posted the second-fastest time in the field with the MANN-FILTER Team HTP-WINWARD car with starting number 47 and was able to start the race in the afternoon from the front row as a result. After a good start, he pulled a slight gap together with the pole sitter and completed a commanding stint until the driver change. Teammate Maximilian Götz quickly claimed back second place that had been lost during the pit stop and went on to put the race leader under pressure. The final of multiple safety car interventions, however, interrupted the former ADAC GT Masters champion’s efforts to mount a challenge for the race lead. The field was released again for the final two laps only. Götz attacked once again, but eventually had to admit defeat by a car’s length. Still, second place already was the seventh podium finish for Mercedes-AMG Motorsport in the current ADAC GT Masters season. With the #48 sister car, the duo of  Philip Ellis (SUI) and Raffaele Marciello also put in a strong recovery. From 13th  on the grid, the two made their way up to seventh place, posting the fastest race lap time in the process. However, a drive-through penalty for a yellow flag infringement made the duo drop back to 15th  in the final classification, at least still scoring one point for the championship standings.

By virtue of a courageous tyre strategy, the #36 DLV-Team Schütz Motorsport Mercedes-AMG GT3 also made it into the point-scoring positions. At a drying track, Marvin Dienst and Philipp Frommenwiler opted for slick tyres, which gave them an advantage against the opposition towards the end of the race. As a result, the two still finished in 14th place, having started from 25th on the grid. Championship candidates Maro Engel and Luca Stolz with the #22 Toksport WRT Mercedes-AMG GT3 had bad luck on Saturday. While running in eleventh place, closely behind their main rivals, Stolz was hit by another car in the opening half of the race and had to park his damaged race car.

ADAC GT4 Germany championship lead
On the ADAC GT Masters support package, Julien Apotheloz (SUI) and Luca-Sandro Trefz (GER) defended their ADAC GT4 Germany championship lead by finishing fourth and eleventh in the two races. Thus, the duo with the #48 Mercedes-AMG GT4 of the MANN-FILTER Team HTP-WINWARD will be aiming for the title in the finale at the Motorsport Arena Oschersleben the upcoming weekend (6-8 November).

Mick Wishofer, Team Zakspeed BKK Mobil Oil Racing (#20): “A mega feeling. We have been working all year to be able to win a race or at least finish on the podium. Great that it worked out today. Dorian’s overwhelming start laid the foundation and we had a very strong pace at the end. That enabled me to make the decisive overtaking manoeuvre and I managed to control the race really well after that.”

Maximilian Götz, MANN-FILTER Team HTP-WINWARD (#47): “A weekend like we would want it all the time! Sadly, it was already the penultimate weekend of the season. Second and fifth place, that really is quite decent. The pace was good from the outset and we were able to attack which also paid off in the race on Sunday. I was able to make up many positions during my stint and Indy did a very good job in bringing it home. On Saturday, it was even better, of course, with second place and our first podium result of the season. A big hand to the entire team: after a few setbacks, we have come back in a strong way. At Oschersleben, we want to put in another strong performance again and show with a good ending of the season that we remain a force to be reckoned with.”

Maro Engel, Toksport WRT (#22): “After the disappointing day yesterday and qualifying this morning where the rain caught us out, our plan for today’s race was to give it our all once again to still get to the fore and keep our championship chances alive. We did so in an excellent way by finishing in fourth place. Given our grid position, we really can be very happy with that. Many thanks to all, everyone has pushed and fought. Now, what we really need at Oschersleben are two absolute top results to still have a shot at the title. But there, again, we will be giving it our all.”

Luca Stolz, Toksport WRT (#22): “All in all, it was a difficult weekend for us. Probably, we missed out on a top ten result yesterday. But that it what racing is like sometimes. On the other hand, it was all the better in today’s race. In qualifying, we were a bit unlucky as we had opted for rain tyres. In the race, however, Maro did a super job and made up many positions. The only thing I still had to do was to bring it home.”

* excerpt subject to confirmation by the organisers

*excerpt subject to confirmation by the organisers 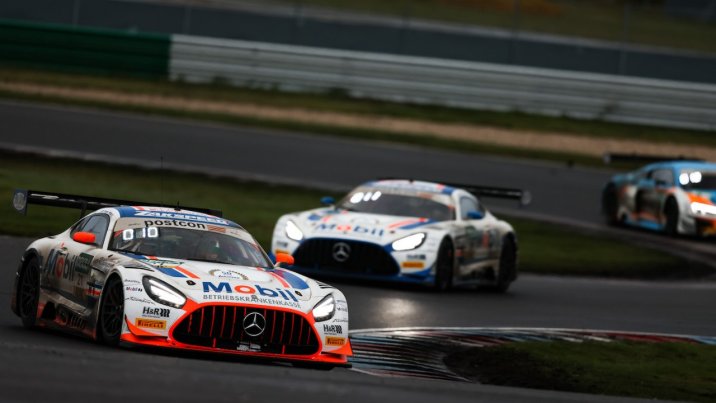 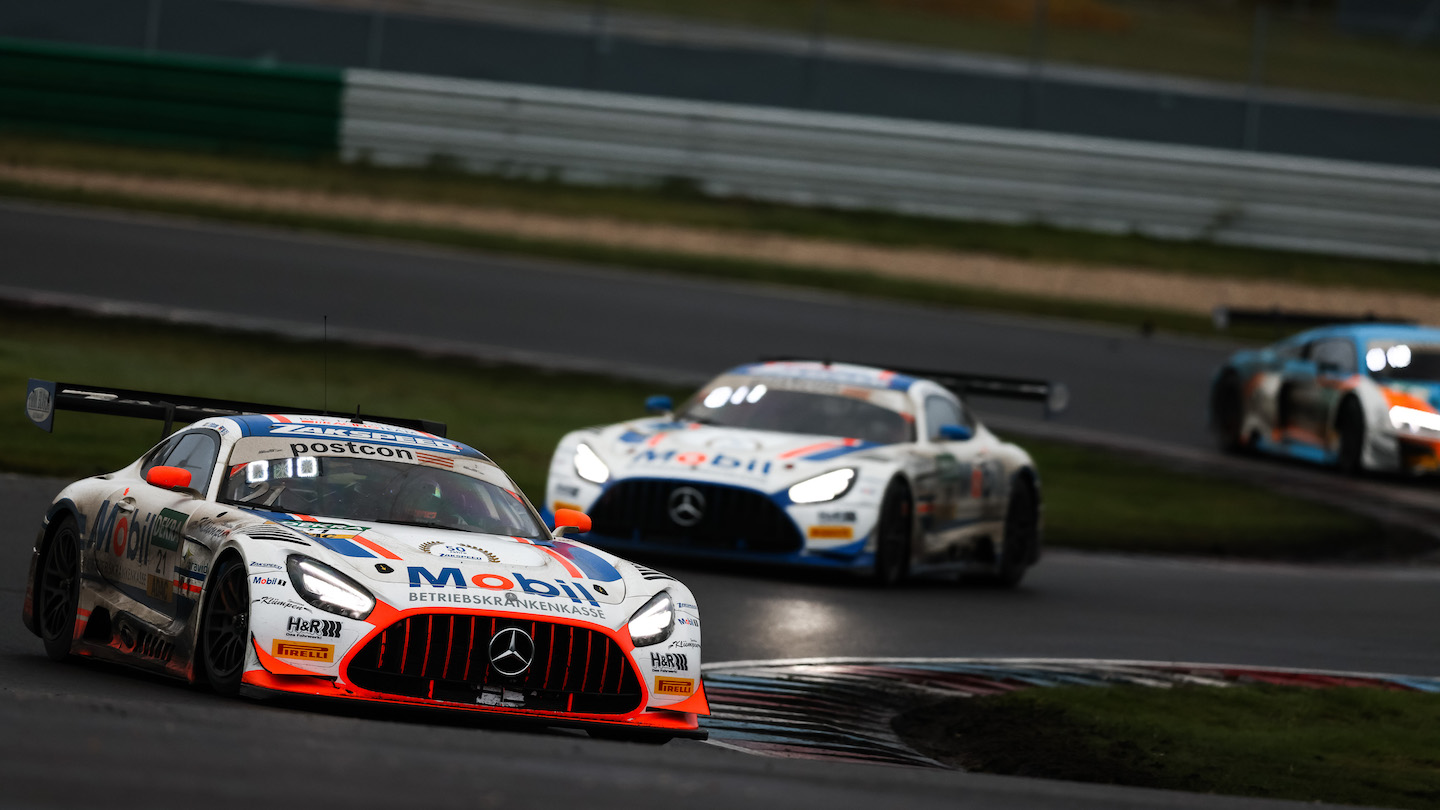 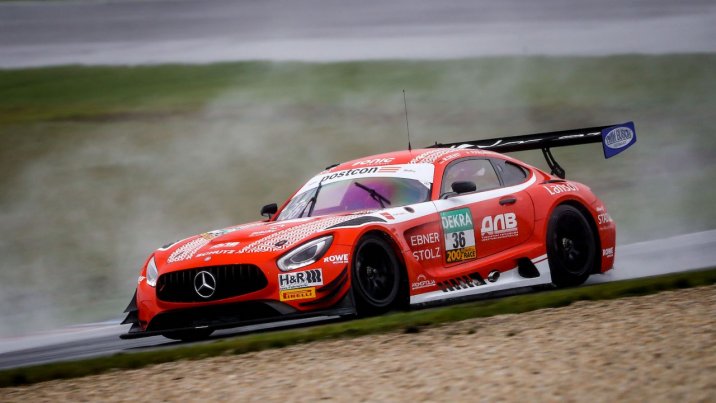 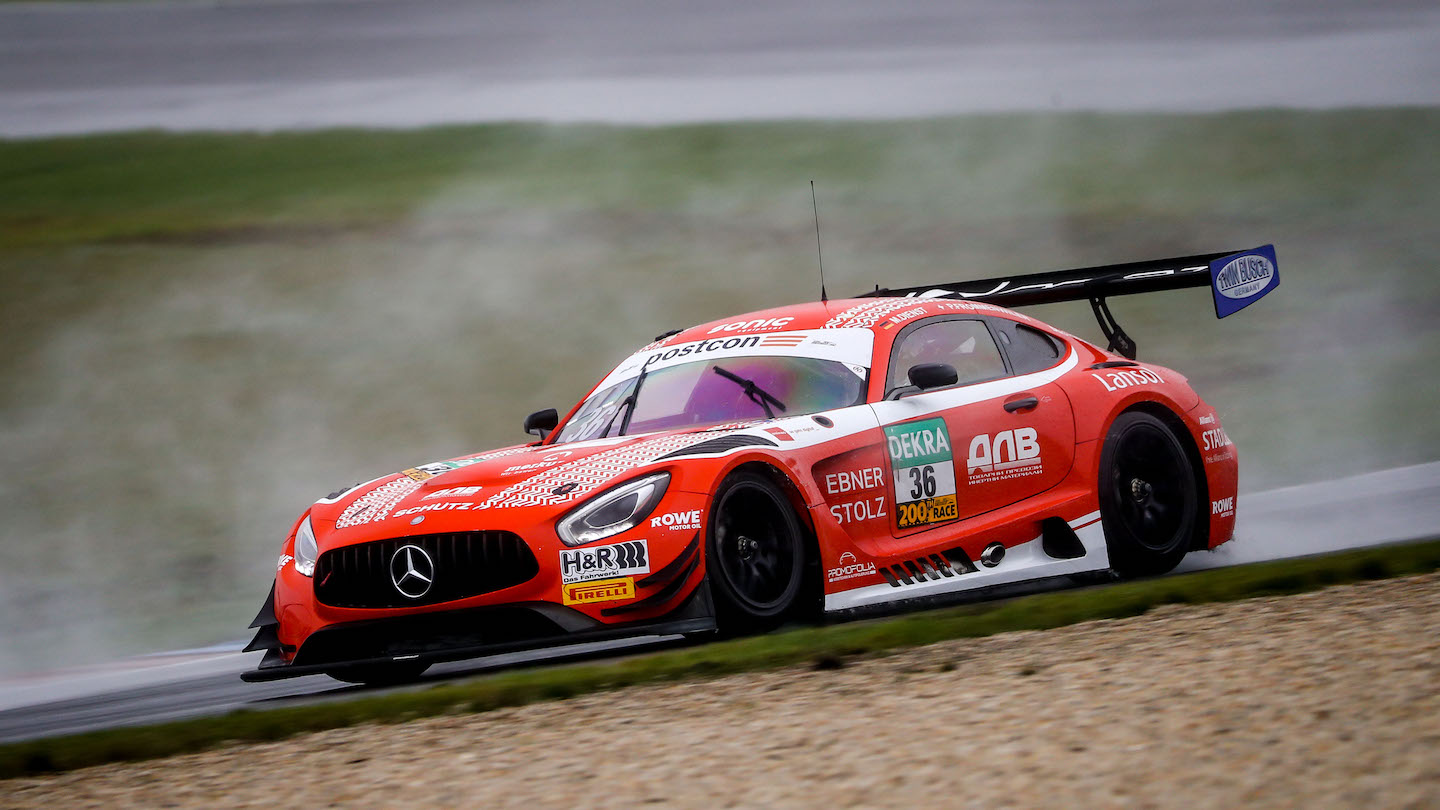 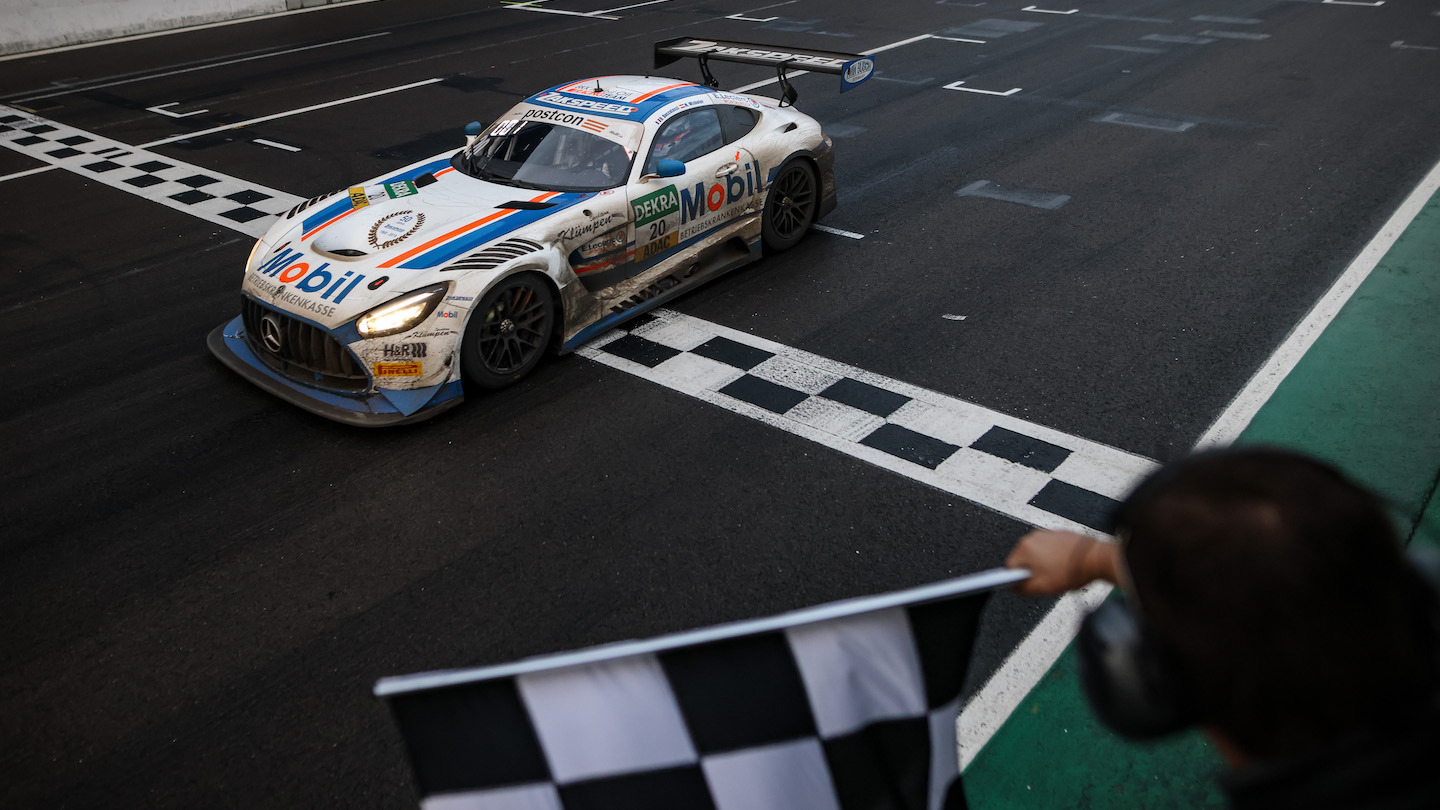 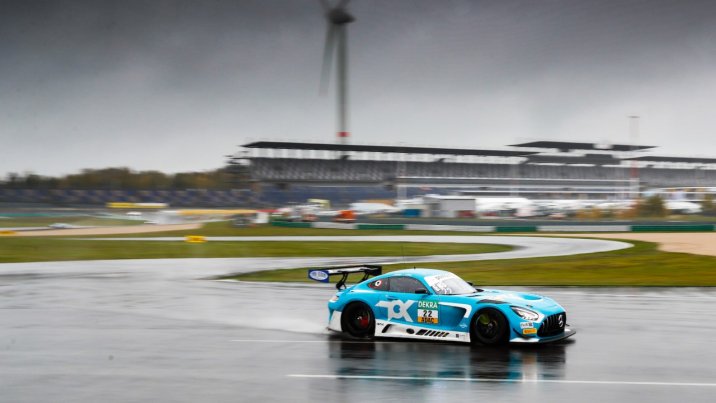 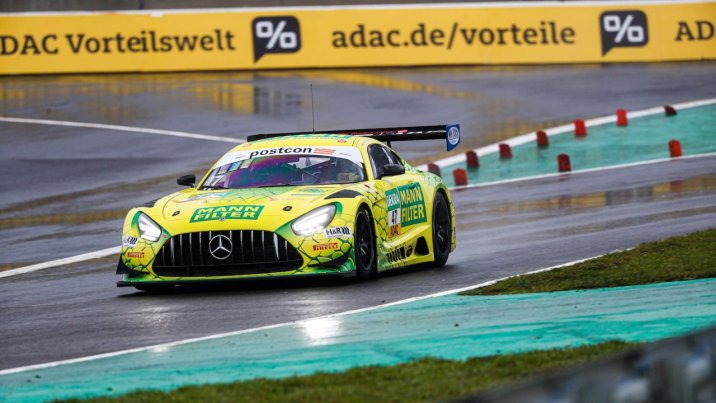 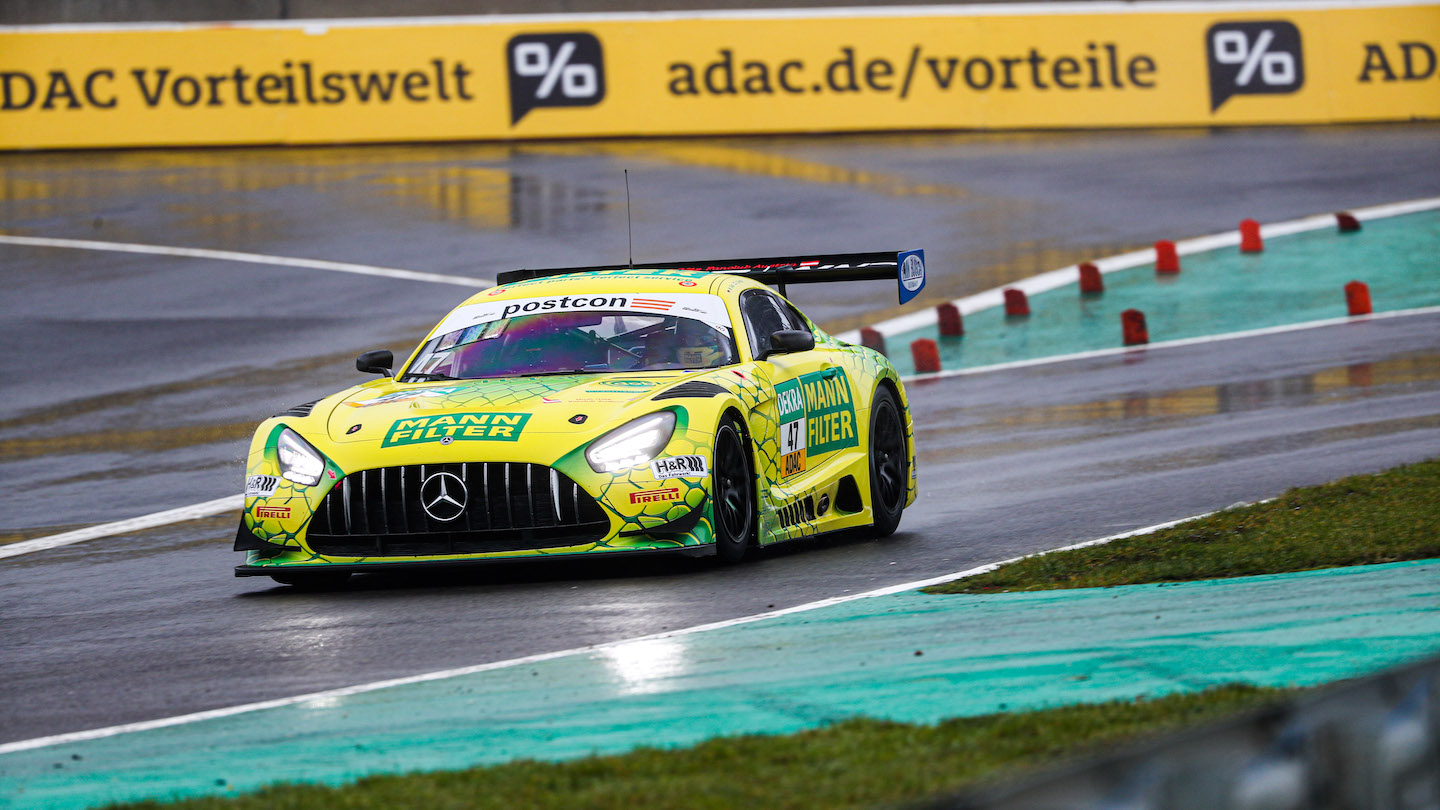 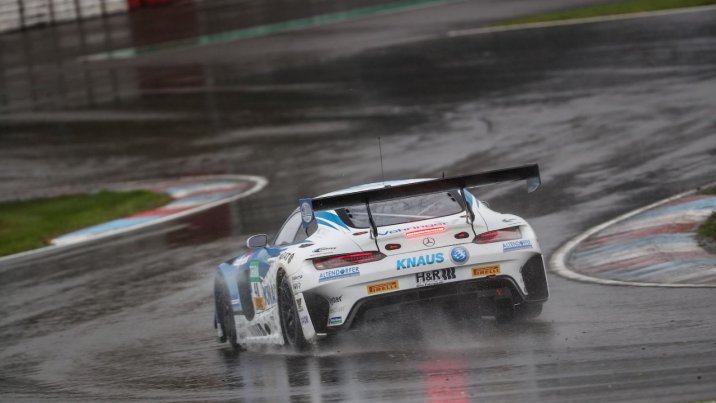 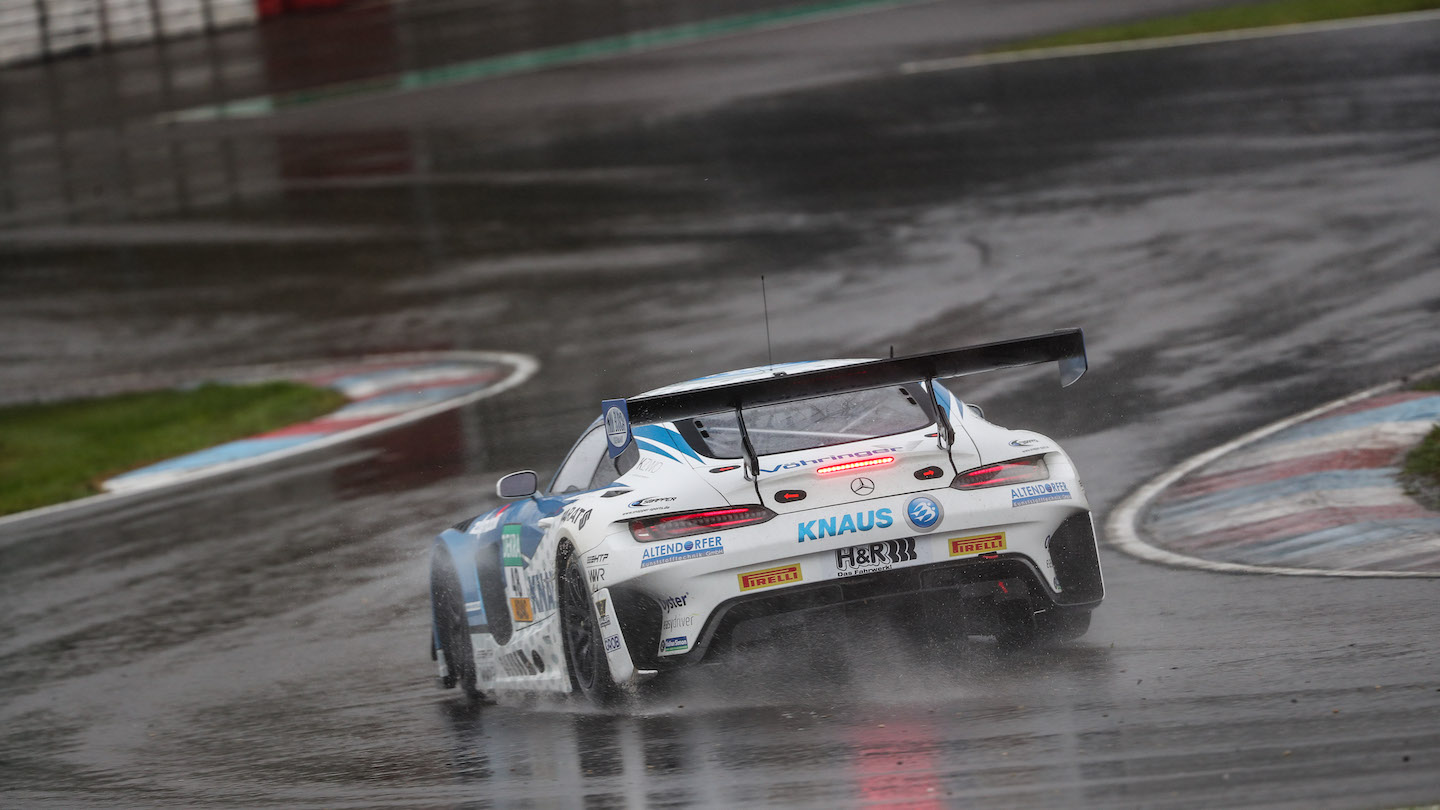