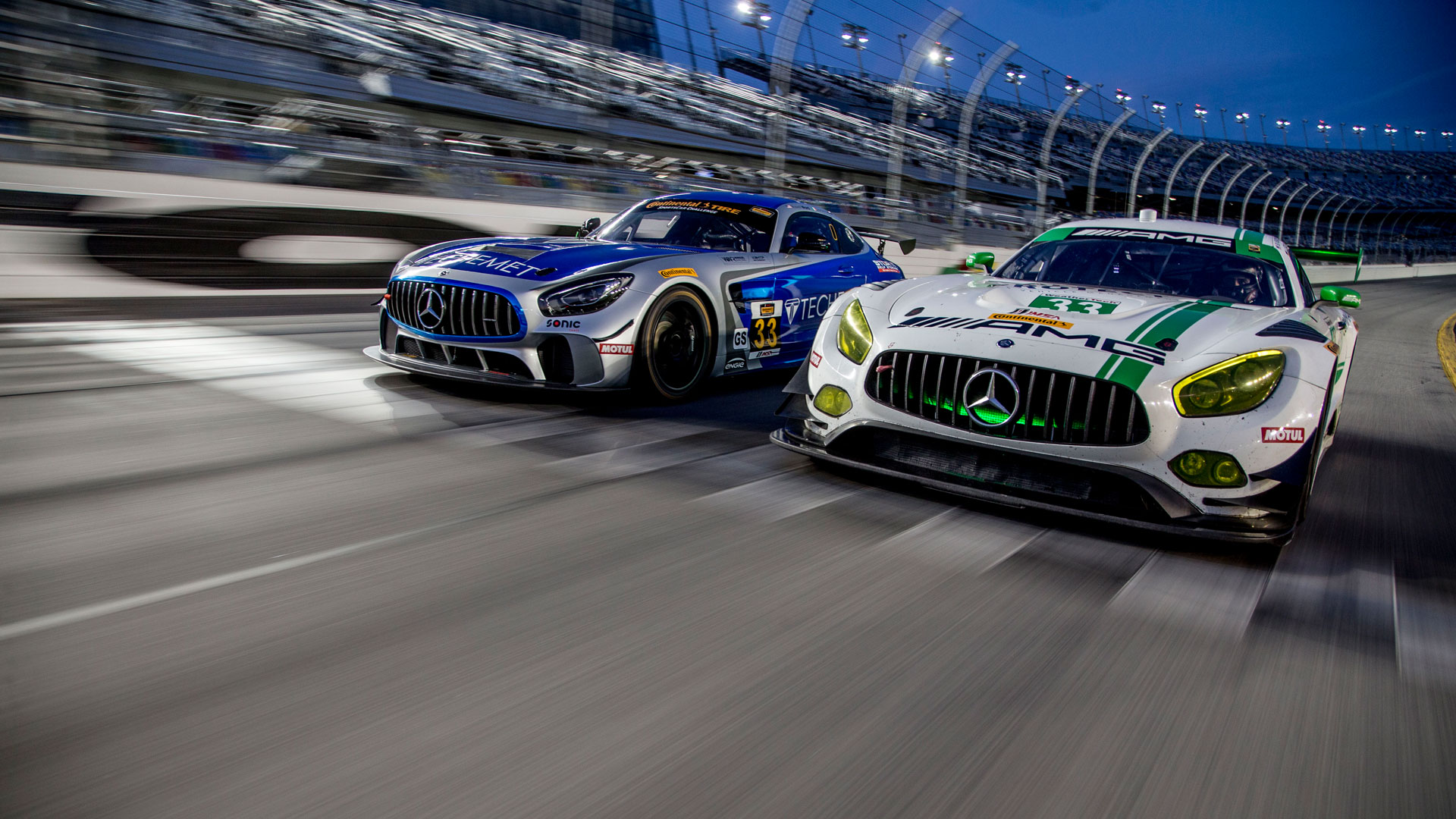 This era started with the SLS AMG GT3. In 2011, its first full season already, the competition gullwing caused excitement all over the world and became the best newcomer in motorsport.

In 2013, victories in the races at Dubai, Bathurst, the Nürburgring and Spa-Francorchamps added up to the ‘Grand Slam’ of classic GT3 endurance races. In that year, the SLS AMG GT3 also ended up on the top step of the winners’ podium in the 24-hour race at Barcelona.

In 2017, the success story continued with championship titles in major international GT3 series and an impressive victory in the FIA GT World Cup in Macau. Moreover, the programme expanded in the USA: in the debut season of the Mercedes-AMG GT3 in the North-American IMSA WeatherTech SportsCar Championship, there was a triple title win for drivers, teams and manufacturers in the demanding Tequila Patrón North American Endurance Cup.

Starting in 2018, the Mercedes-AMG GT4 is expanding the Customer Racing portfolio from Affalterbach. Its production-based concept is derived from the Mercedes-AMG GT R (combined fuel consumption: 11.4 l/100 km | combined CO2 emission: 259 g/km | emission information [1]) and combines proven racing technology with the highest level of safety and value for money. For the 2018 GT3 racing season, an additional focus is put on the Intercontinental GT Challenge, the only global endurance racing series for GT cars.

Behind the teams' sporting success, a comprehensive programme has been put in place that, just like the cars, is subject to continuous development. The guiding principle is the quick and professional support for the teams with the aim of contributing to the biggest possible joint success by means of technology, know-how and manpower.

Since 2018, the Mercedes-AMG GT4 has been expanding the Customer Racing portfolio from Affalterbach. In its debut season, the new race car, alongside with the Mercedes-AMG GT3 and the still competitive SLS AMG GT3, contributed to make 2018 the most successful season since the beginning of the Customer Racing programme: 385 races resulted into 366 podium finishes and 137 wins. The 160 Customer Racing teams from 29 countries secured an unbelievable 57 teams’ or drivers’ titles and endurance championship wins. The most prestigious successes of 2018 include the overall win in the Blancpain GT Series as well as the drivers’ titles in both categories of the Intercontinental GT Challenge.